Earlier, Oil India Ltd Chairman and MD Sushil Chandra Mishra said a five-member inquiry committee was formed and actions would be initiated on employees if there was any prima facie evidence of human error.

Two staffers of the Oil India Ltd (OIL) have been suspended for alleged negligence of duty in the gas well blowout at Baghjan in Assam's Tinsukia district, a company official said on Wednesday.

Gas has been spewing uncontrollably from the Baghjan well since the blowout on May 27.

"The company is carrying out an internal inquiry and we have placed two officials responsible for the well under suspension. Once the probe is over, we will take a final decision on their role," the official said.

Earlier, Oil India Ltd (OIL) Chairman and MD Sushil Chandra Mishra said a five-member inquiry committee was formed and actions would be initiated on employees of the company if there was any prima facie evidence of human error.

It has also issued a show cause notice to John Energy Pvt Ltd, the outsourced private operator of the gas well, Mishra had said. The state-run company on Wednesday said two of its firefighters died while controlling the blaze at Baghjan well. 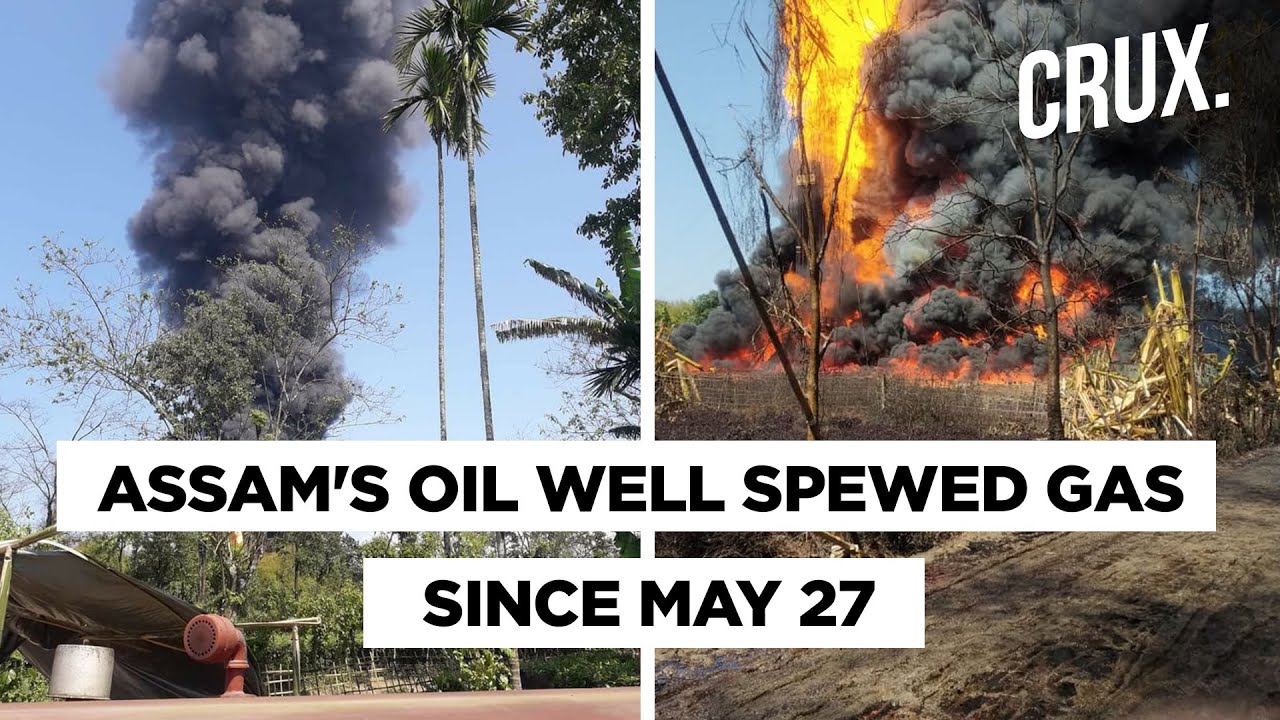 The fire at the well is so massive that it can be seen from a distance of more than 30km with thick black smoke going up several metres high, endangering local biodiversities in the Dibru-Saikhowa National Park.

An employee of the company, who was present at the site when the blowout took place, had said that they were trying to replace a damaged spool of the well when the tragedy struck.

"For replacing the spool, we removed the Blow Out Preventer (BOP) from the well. It is a routine maintenance exercise and we were about to complete our work. Suddenly at that moment, the gas had a kick and blowout took place," the employee said requesting anonymity.

However, experts said the blowout could have been avoided if the early signs from the well were read on time.

"When a blowout happens, the well gives some pressure hints. If we don't read those properly, then accidents take place. I am sure, this well also gave hints and the officials present there failed to read it," same a former OIL official looking after drilling operations.

The veteran official said now after the well catching fire, OIL can do "nothing" to control it with its "limited resources".

"ONGC has some expertise and it is already helping at the site. In the entire world, no drilling and exploration company has experts to control such a massive blowout. As far as I know, there are only three blowout management firms in the world and one of them is already present here," he said.

Three experts from Singaporean firm Alert Disaster Control started working at the site from Monday to stop the gas leak and said they were confident that the situation could be controlled and the well could be capped safely.

Another former official of the Oil India Ltd said there are only two options left to douse the blaze and control the gas leak from the well.

"The first option is an extraordinary blast at the mouth of the well to cut the oxygen for a fraction of second to put out the fire, but this is very very difficult to do," he said.

"The second option is to wait till the gas supply from the bottom of the well is exhausted or disrupted naturally. This will also douse the flame," he added.

Both the former employees asserted that Baghjan well will be dead after controlling the gas leak and it is advisable to plug it permanently for the future.

The experts said that had the well caught fire on the first day itself, there would not have been any damage to life and property in and around Baghjan area.

Oil India Ltd officials said as the well was spouting gas and condensate droplets for 15 days that got spread to a vast area, the fire burnt almost everything in a radius of one km from the site.

The leader of opposition in the Assam Assembly, Debabrata Saikia, expressed concern over the explosion and subsequent fire, blaming the central and the state governments' "negligent" attitude for the tragedy.

Following the well blowout on May 27, the Oil India Ltd said over 1,610 families were moved out of the area and provided shelter at four relief camps.

Earlier, pictures of carcasses of a river dolphin and some dead fish in Maguri Motapung Beel, which is adjacent to Dibru-Saikhowa National Park and about 1.5 km from the incident site, went viral on social media.

Following this, the Assam Forest Department had issued a notice to the Oil India Ltd on May 29 seeking details of the incident.

The company informed that an environmental impact assessment is in progress and a team from the Assam Agricultural University in Jorhat has reached Duliajan, the field headquarters of OIL.

Due to seepage of crude, condensate and other chemicals from the gas well, there has been large-scale damage to the ecology of the area, according to environmentalists and various groups.
Tags: