A municipal worker gear sprays disinfectant in a market in Kolkata on Monday. (Reuters)

Dr Diptendra Sarkar of the state-run SSKM Hospital said that with the countrywide lockdown having been in force for nearly 70 days and the government, both at the Centre and the state, having shored up resources during the period to deal with the disease, it was time for a gradual easing of restrictions.

With West Bengal Chief Minister Mamata Banerjee announcing the easing of lockdown restrictions in the state, a renowned doctor said that following ramping up of COVID-19 tests, the government seems to be gradually shifting towards Sweden or Taiwan model to contain the pandemic.

Dr Diptendra Sarkar of the state-run SSKM Hospital said that with the countrywide lockdown having been in force for nearly 70 days and the government, both at the Centre and the state, having shored up resources during the period to deal with the disease, it was time for a gradual easing of restrictions.

"I feel that they are shifting the model, they were till now going by the hammer and the tongs model which is a lockdown," he said. 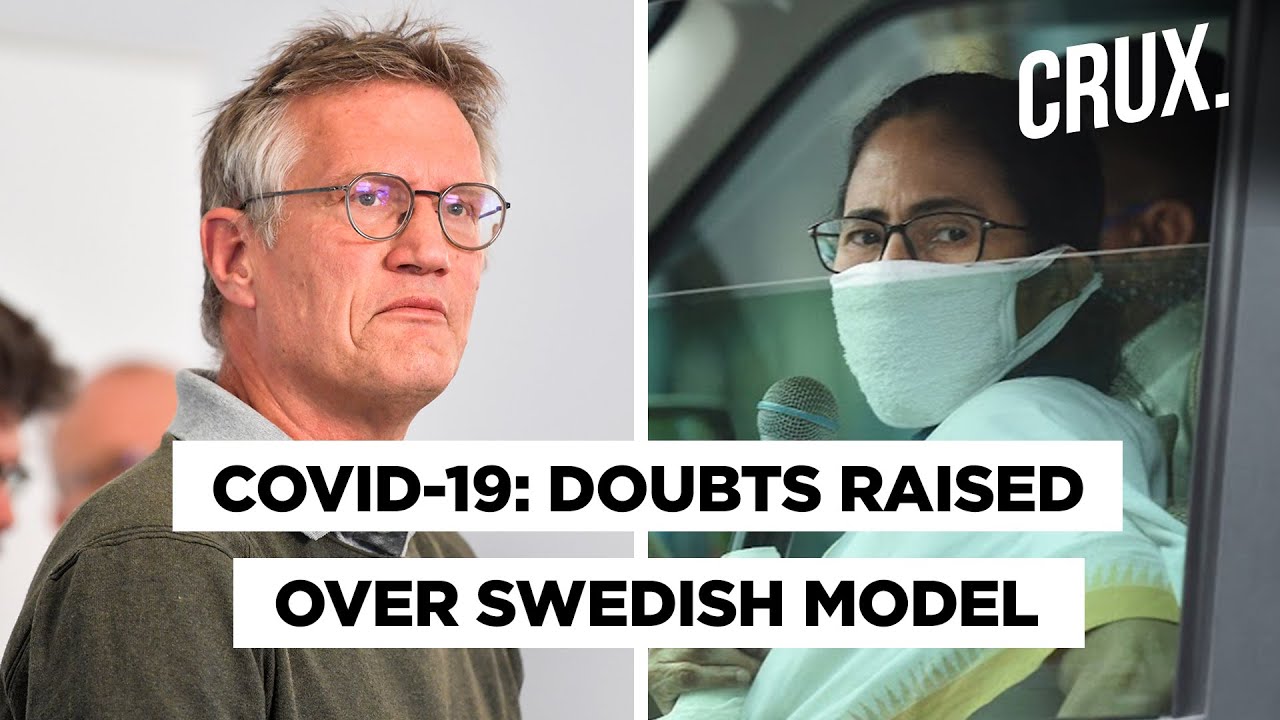 Referring to the 72-day lockdown in Wuhan, he said that a lockdown of 60 to 70 days brings down the number of cases of infection.

"The Sweden model or that in Taiwan or South Korea, where instead of lockdown they stressed on testing and segregating high-risk population, they have got equal success," Sarkar said.

He opined that the government had enforced a strict lockdown in the beginning owing to lack of testing facilities, but now with a countrywide testing capacity of around one lakh per day, the government is shifting towards the Sweden or South Korea or Taiwan model from the lockdown model.

He said that according to a study by the Imperial College of London, if 60 per cent of the population wear ordinary masks, then it can prevent 90 per cent spread of infections.

"As an epidemic progresses, a virus in order to survive reduces fatality among its host and gradually loses its vigour," Sarkar said.

While agreeing that the lockdown has to be lifted at some point of time, the Association of Health Service Doctors secretary Dr Manas Gumta expressed his reservations on the manner in which it was being eased in the state.

He said that it is not about one-upmanship with the central government over bringing of thousands of people by trains from other states, including the most affected Maharashtra and Gujarat, but there has to be a scientific basis on the way the lockdown is lifted.

"Lockdown is simply for buying time by which the health infrastructure can be readied to deal with the pandemic effectively as also for non-COVID patients," he said, adding that it has to be lifted but in a phased manner.

"The way the lockdown is being practically lifted without any preparation, it may lead to a catastrophe," he said.

Gumta said the government needs revenue and people also require livelihood and as such lockdown has to be lifted gradually.

"But what is the purpose of opening up religious places, at this juncture, where people may congregate in large numbers," he questioned.

He said that with work from home becoming common in various sectors, there was no need to open up all sectors with full workforce.

Gumta also opined that the government should introduce shift systems in offices so as to ease the crowding of many people at a time, in workplaces as well as in public transport.