Filmed as a home video in 8 mm format by a Royal Indian Navy officer, the recording of about 12 minutes captures historic moments of the meeting that was attended by many top leaders such as Gandhi and Jinnah.

This rare footage of historic Simla Conference has been received by the National Film Archive of India (NFAI), a media unit of the ministry of information and broadcasting that was set up in 1964.

While the country is yet to move on from the exhilaration of the 73rd Independence Day celebrations, no student of Indian history and no citizen aware of the chronology of the freedom movement can forget the historical importance of the 1945 Simla Conference between Viceroy Lord Wavell and major political leaders in British India. The meeting was convened to seek approval of Indian leaders for the Wavell Plan aimed to usher in Indian self-rule. Seventy-nine years after the Shimla conference, we in India will now have the privilege to get a glimpse of several important luminaries including Mahatma Gandhi, Maulana Azad, C Rajagopalachari, MA Jinnah, Rajendra Prasad, Bhulabhai Desai, Master Tara Singh, and GB Pant, in some rare video footage, walking and talking.

Gandhi, who met Wavell prior to the conference, is seen walking back after the meeting at the historic Viceregal Lodge (now Rashtrapati Niwas) in Shimla, where the talks were held from June 25 to July 14, 1945. The dignitaries are seen chatting among themselves on the lawns. The viceroy and his wife can also be spotted greeting the leaders and exchanging pleasantries on the occasion.

This rare footage of historic Simla Conference has been received by the National Film Archive of India (NFAI), a media unit of the ministry of information and broadcasting that was set up in 1964 to acquire and preserve the country’s cinematic heritage. Shot as a home video in 8 mm format by Royal Indian Navy officer William Gledhill Taylor, the recording of about 12 minutes captures historic moments of the conference that was attended by many prominent national leaders of the time. The footage was sent by UK-based Margaret South (née Taylor), the officer’s daughter, to the NFAI for preservation. 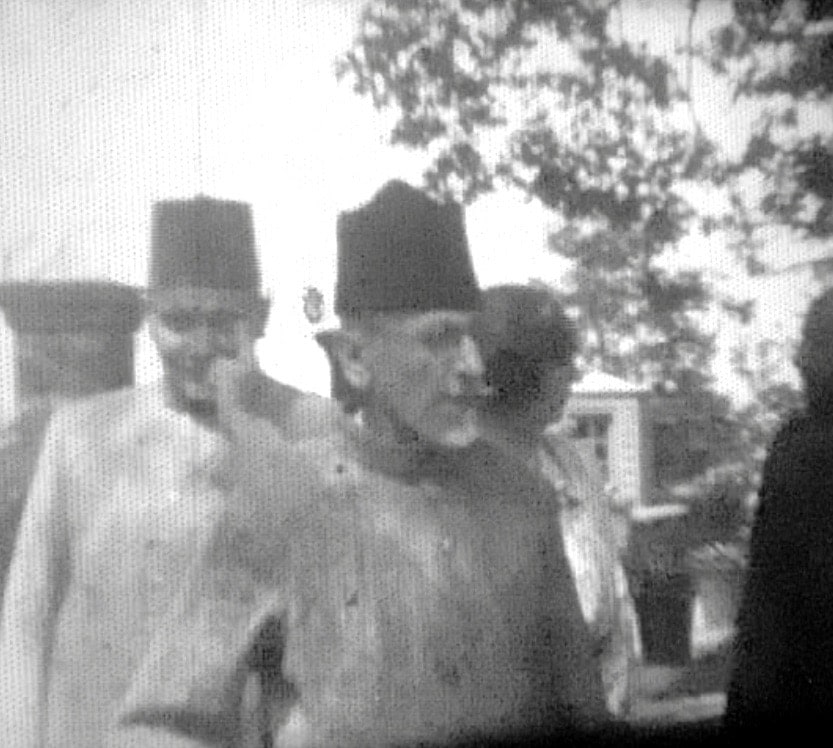 William Taylor served with the British India Steam Navigation Company from the age of 17 in 1939 and joined the Royal Indian Navy later in World War II. He achieved the level of lieutenant and was then sent on leave to Shimla prior to his demobilisation and subsequent return to the UK. According to his daughter, he was a keen photographer and had an 8 mm film camera in his possession. She mentions in her letter to the NFAI that William Taylor managed to take the footage, though not of high quality, and succeeded in capturing important players on this historic occasion. He had fond memories of the place and returned to Shimla along with his wife much later to show her the town and its surroundings, which they both loved. William Taylor died in 2010.

We have received rare footage of historic #SimlaConference held in 1945, attended by many prominent national leaders of the time. Check out glimpses from the footage featuring #MahatmaGandhi.@PrakashJavdekar @MIB_India @PIB_India @PMOIndia @DDNewsLive @airnewsalerts @MIB_Hindi pic.twitter.com/N787RX7Xdo

“He would be very proud that the footage is being preserved in India,” Margaret South said.

“It is an amazing collection of shots taken during a crucial period prior to India’s independence. Many important political personalities of the time are seen and captured on the camera, some in close-ups,” said Prakash Magdum, director of NFAI. “I sincerely thank Ms Margaret South for this noble gesture of sending the footage to NFAI and it will be an important addition to our collection.” The Wavell plan was stalled on the thorny issue of selection of Muslim representatives as the All India Muslim League asserted itself as the sole representative of the community in India. The League refused to back any claim by the Indian National Congress to appoint Muslim representatives. This scuttled the conference and, perhaps, the last viable opportunity to have a united independent India.