BMC has allowed private hospitals to operate beyond working hours and has kept the daily vaccination target of 1 lakh. 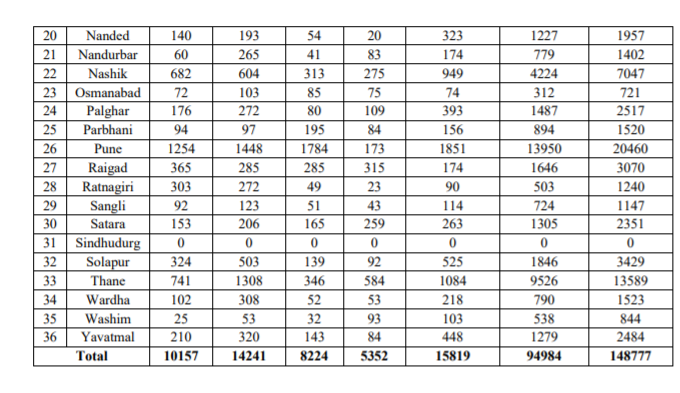 Whereas, in Thane, 36 civic vaccination centres including the 19 operational till date will now be operational in various parts of the cities and suburbs.

• Four more private hospitals have been added in addition to the existing two from Monday.

• 3,235 elderly residents and 422 in the 45-plus comorbid people took the vaccine jab in municipal centres in Thane on Monday.

The Maharashtra health department has come up a seven- point action plan, including testing of close contacts, fast contact-tracing, mass testing in hot-spots and audit of deaths. All district administrations have been directed to act upon these points immediately, as per a letter dated March 3 of the health department’s principal secretary Dr Pradeep Vyas.

On Tuesday, the state reported 9,927 new COVID-19 cases which took the caseload to 22,38,398, while 56 fatalities pushed up the death count to 52,556, as per official data. The action plan has been prepared following observations of a team from the Union Ministry of Health and Family Welfare, which recently visited Nagpur, Amravati, Yavatmal, Thane, Pune and Mumbai, where there has been a spike in cases of the viral infection.