During the talks, the US side also assured India that America stands with it as they confront threats to their sovereignty and liberty.

After US Secretary of State Mike Pompeo warned of the threat posed by an increasingly assertive Beijing and backed India's efforts to confront threats to its sovereignty, China on Wednesday shot back saying that the "boundary question" is a bilateral matter and asked the US to "respect facts and truth."

Pompeo, who arrived in New Delhi on Monday along with Defense Secretary Mark Esper, said after the 2+2 talks with respective Indian counterparts S Jaishankar and Rajnath Singh that the two countries had to work together to confront the threat China posed to security and freedom. The third edition of the India-US 2+2 talks were held at a time of heightened tension in the region, with Indian troops confronting Chinese forces on their disputed Himalayan border.

The Chinese Embassy, in a statement, said that bilateral relations between should not "infringe upon legitimate rights and interests of a third party." 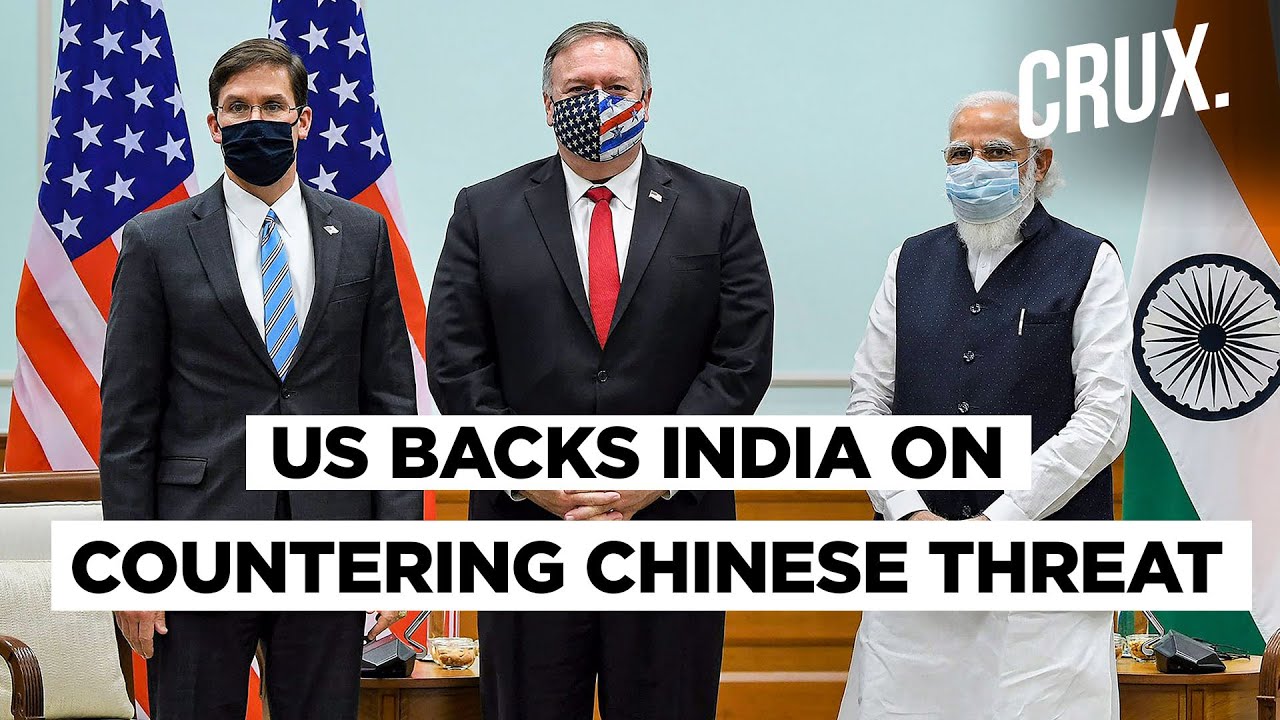 "The boundary question is a bilateral matter between China and India. The two sides have been discussing disengagement and deescalation in the border areas through diplomatic and military channels. China and India have the wisdom and ability to handle their differences properly. There's no space for a third party to intervene," the statement said.

China also asked the US to stop hyping up the "so-called China threat" and to abandon "Cold War mentality."

We urge the US side to respect facts and truth, abandon the Cold War and the zero-sum mentality, stop hyping up the so-called "China threat", and stop the wrong actions that undermine regional peace and stability," the statement added.

On Tuesday, India and United States signed BECA (The Basic Exchange and Cooperation Agreement on Geospatial Cooperation), which will allow sharing of high-end military technology, geospatial maps and classified satellite data between their militaries, and vowed to ramp up their security ties and boost strategic cooperation in the Indo-Pacific.

During the talks, the US side also assured India that America stands with it as they confront threats to their sovereignty and liberty. Addressing a joint media event along with Jaishankar, Pompeo and Esper, Defence Minister Rajnath Singh said the two sides held comprehensive discussion on range of key issues, and dubbed the inking of BECA with the US is a "significant move".