Breaking News LIVE Updates: Kerala Chief Minister Pinarayi Vijayan has moved a resolution in the state Assembly and attacked the BJP-led NDA government at the Centre over the three contentious central farm laws against which farmers are agitating in Delhi. The resolution was moved in a one-hour special session convened solely to discuss the farmers' issue and express solidarity with them. While moving the resolution demanding the immediate scrapping of the new laws, Vijayan said the country was now witnessing one of the most iconic protests ever by farmers in its history. The central farm laws, passed in Parliament, were not only "anti-farmer" but also "pro-corporate", he alleged and said that at least 32 farmers had lost their lives in the last 35 days of the agitation.

Meanwhile, Prime Minister Narendra Modi will lay the foundation stone of AIIMS at Rajkot in Gujarat via video conferencing. In Karnataka, the Bharatiya Janata Party (BJP)-supported candidates seem to be winning with over 4,000 seats in the the gram panchayat elections. According to sources, the BJP has so far secured 4,228 seats, followed by the Congress with 2,265 seats, JD(S) 1,167 seats and independents 678 seats. Deputy CM Dr CN Ashwathnarayan said BJP has emerged as winner in the gram panchayat elections. The people are happy with party's efforts of good governance in the state, he added.

100 Successful Anti-Terrorist Operations Carried Out | "Over 100 successful anti-terrorist operations were carried out in Jammu and Kashmir this year in which 225 terrorists- 207 in Kashmir and 18 in Jammu were eliminated," J&K DGP Dilbag Singh said. 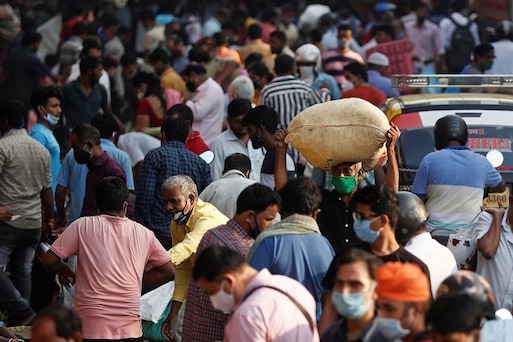 The Brihanmumbai Municipal Corporation (BMC) has urged people to remain indoors amid New Years' celebrations, saying people only need "move their party indoors, not stop it.

Buses Won't be Allowed in Connaught Place | "Buses won't be allowed in Connaught Place area after 7:00 pm today; routes of several buses diverted," Delhi Transport Department said. Delhi Disaster Management Authority has imposed night curfew in Delhi, not more than five persons to assemble at public place, no new year celebration events, no gatherings at public places permitted from 11pm of 31st Dec to 6am of 1st Jan and 11pm of 1 Jan to 6am of 2nd Jan.

Pakistan Arrests 14 People Over Demolishing Temple | Pakistani police arrested 14 people in overnight raids after a Hindu temple was set on fire and demolished by a mob led by supporters of a radical Islamist party, officials said Thursday. The temple's destruction Wednesday in the northwestern town of Karak drew condemnation from human rights activists and the minority Hindu community.

Last Day of Year to Remember Frontline Warriors: PM Modi | "This last day of the year is to remember India's millions of doctors, health warriors, sanitation workers, and front line corona warriors. I salute the frontline warriors who have given their lives fulfilling their duty. This year has shown how effectively we can cope with the most difficult crisis when we are all united," said PM Modi.

Sensex, Nifty Flat in Early Trade, Energy Financials Stocks Advance | Key benchmark indices Sensex and Nifty were trading flat in early session on the last trading day of 2020 with IT and FMCG stocks cancelling out gains made by financials and energy shares. After opening on a negative note, the 30-share BSE Sensex was up by 17.84 points or 0.04 per cent at 47,764.06 in morning session. The broader Nifty of NSE edged up by 2.25 points to 13,984.20 with 30 of its constituents trading in green. Among major gainers, ONGC was by 1.55 per cent, ICICI Bank by 0.87 per cent, HDFC by 0.36 per cent and Bajaj Finserve by 0.58 per cent.

If Agitation Continues, if will Affect Kerala: CM | "The current situation makes it clear that if this agitation continues, it will seriously affect Kerala. There is no doubt that Kerala will starve if the supply of food items from other states stops," CM Pinarayi Vijayan said.

Night Curfew in Delhi on Dec 31, Jan 1 | The Delhi government has imposed a night curfew on December 31 and January 1 from 11 pm to 6 am to avoid large gathering during New Year celebrations due to COVID-19 and its highly transmissible UK strain. According to an order issued by Delhi Chief Secretary Vijay Dev, the night curfew will also be imposed from 11 pm on January 1 to 6 am on January 2. It stated that not more than 5 people will be allowed to assemble at public places in Delhi during night curfew to avoid large gatherings in view of COVID-19. However, there will be no restriction on interstate movement of people and goods during night curfew in Delhi, the chief secretary said in the order. 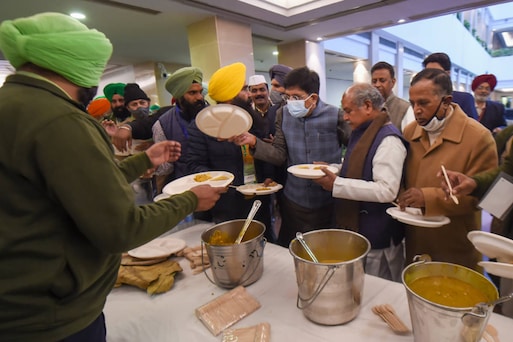 The government and farm unions reached some common ground on Wednesday to resolve protesting farmers' concerns over rise in power tariff and penalties for stubble burning, but the two sides remained…

Cold Wave Conditions Persist in Delhi | Cold wave conditions persist through Delhi as the minimum temperature remained around 3 degrees Celsius, the India Meteorological Department said. It is likely to get colder today, it predicted, as dry and icy winds barreled through the plains. The Safdarjung Observatory, which provides representative data for the city, recorded a minimum of 3.5 degrees Celsius and a maximum of 16.4 degrees Celsius on Wednesday.

Night Curfew in Mumbai | As people gear up to welcome 2021, the Mumbai police on Wednesday announced a slew of restrictions on gatherings and celebrations on the New Year's eve in the wake of the COVID-19 pandemic. In a press release issued late in the night, the police pointed out that the Maharashtra government has already issued guidelines related to New Year's eve and called for low-key celebrations. A night curfew is in place, prohibiting gathering of five or more persons between 11 pm and 6 am, it said. Gatherings in restaurants, bars and pubs will not be allowed post-11 pm, the police said, adding loudspeaker/DJ music beyond permissible decibel limit and fireworks are also prohibited.

Shaheen Bagh Shooter Expelled from BJP Hours After Entry | Kapil Gujjar, the man who allegedly opened fire near Shaheen Bagh at the height of protests against the Citizenship Amendment Act in February this year, was inducted and expelled from the BJP on Wednesday, all within a matter of hours. Gujjar reportedly joined the party at its Ghaziabad office but his membership was revoked amid uproar on social media.

Kerala Govt to Hold Special Session on Farm Laws | The Pinarayi Vijayan-led Kerala government will hold a special assembly session at 9am today to discuss and pass a resolution against Centre's farm laws that have seen protests at Delhi borders for over a month. The Kerala cabinet had earloer decided to recommend to Governor Arif Mohammed Khan seeking approval for a special Assembly session on December 31 to discuss and pass a resolution against the three central farm laws, against which farmers have been protesting near Delhi.

Blast at Yemen Airport Kills 25, Wounds 110 | A large explosion struck the airport in the southern Yemeni city of Aden, shortly after a plane carrying the newly formed Cabinet landed there, security officials said.

Night Curfew Imposed in Delhi During New Year | The Delhi Disaster Management Authority has imposed night curfew in Delhi in view of Covid-19. Not more than five persons are allowed to assemble at public place. No New Year celebration, congregation and gathering at public place to be allowed from 11pm on 31st till 6am on 1st and 11pm on 1st till 6am on 2nd. No restriction on interstate and intrastate movement is allowed.

PM Modi to Lay Foundation stone of AIIMS in Rajkot

PM Modi to Lay Foundation stone of AIIMS in Rajkot | PM Narendra Modi to lay the foundation stone of AIIMS at Rajkot in Gujarat via video conferencing today. Over 201 acres of land has been allotted for the institute, which will be built at an estimated cost of Rs 1,195 crore and is expected to be completed by mid-2022, the Prime Minister's Office said. Haryana Municipal Corporation Results: The setback for the ruling coalition has come in the wake of the BJP sweeping mayors polls in five Haryana cities two years ago. In 2018, the party had won mayoral polls in Hisar, Karnal, Panipat, Rohtak and Yamunanagar. The win came as a boost to the Venod Sharma-led party, which tasted its first win after the 2014 Haryana assembly poll debacle. Shakti Rani Sharma said her victory was due to people's love and support. When one's intent is clear, people back you, she said.

Setback for BJP-JJP Combine in Mayoral Polls in Haryana | In a setback on Wednesday, the ruling BJP-JJP combine in Haryana could win only one of three mayoral seats for which elections were held recently. The mayoral elections in the cities of Ambala, Panchkula and Sonipat were held on Sunday. While the BJP struggled to win in Panchkula, the Congress and the Haryana Jan Chetna Party (HJCP) bagged mayoral posts in Sonipat and Ambala, respectively. It was for the first time that direct elections were held for mayoral posts in the three cities. Karnataka State Election Commission officials said counting was on at all 226 centres at the Taluk headquarters by adhering to strict COVID-19 protocol of mandatory wearing of face masks, social distancing and hand hygiene.

Over 1,100 security personnel have been deployed at the counting centres, State Election Commissioner B Basavaraju said. During the election, ballot papers were used in all districts except Bidar, election officials said.

The elections to 5,728 village panchayats had taken place across 226 Taluks of the state for 82,616 seats. They were conducted in two phases on December 22 and 27 where 78.58 per cent voting was registered. As many as 2,22,814 candidates contested the election whereas 8,074 candidates were elected unopposed.