File photo of a car burnt during the riots in Northeast Delhi in February 2019.

This time last year, Northeast Delhi was searing, with roads strewn with stones and blood, people running amok for cover, smoke billowing from the streets as hundreds of houses were set afire by rioters.

“Time flies over us, but leaves its shadow behind,” said American novelist Nathaniel Hawthorne back in the 19th century. A year after the horrific communal riots in Northeast Delhi, the shadow is marred by memories of bloodcurdling violence and an irreplaceable void of the lost kin. But, the spirit and essence of an aching brotherhood and dissent is visible in the sidewalls.

This time last year, Northeast Delhi was searing, with roads strewn with stones and blood, people running amok for cover, smoke billowing from the streets as hundreds of houses were set afire by rioters. As per official figures, 53 people died, while countless others have had their lives blighted by chaos.

Today, the roads are repaired, but remain sullen, recovering from a mayhem, which seems fresh.

On February 25, when a mob thronged their neighbourhood and shot multiple rounds at the residents and pelted stones from adjacent terraces, Shamim saw a familiar face among the many veiled and unknown ones. The face was his childhood friend’s – one he shared tiffin with.

“Our lane has become like it was before the riots. Houses have been rebuilt and the mosque reconstructed. But, that really doesn’t mean much when you have lost the people you have grown up, played with, slept with and bathed with as children. Those days are never coming back. I have lost my friends. Why did religion suddenly come in between? We have suffered so much property damage that it’s difficult to believe even after a year. But what hurts the most is the loss of brotherhood, that warmth of a neighbour’s smile. All that is lost,” the young man rued.

Two of his three younger sisters, aged 11 and 15, had to drop out of school as the family couldn’t bear the expenses. For the third sister’s marriage, Shamim’s family is battling a massive financial crunch. As for Shamim, he quit his one-year MTech coaching classes and also abandoned his dream of becoming a singer.

The young Eminem fan saw his friend wielding a sword and calling for his family’s murder, including that of his toddler niece. Shattered and helpless, Shamim and his family jumped from one terrace to another to escape the mayhem. Their property was reduced to ashes.

“My friends and I listened to Eminem and Raftar together. We rapped together. I always aspired to become a rapper. They knew. But now I don’t even have money to buy their posters,” he said. “Ab kya hi sapna dekhna, darr lagta hai sapna dekhne mein, pata nahi kab phirse bikhar jaye. Aur himmat nahi hai (What are dreams anymore! I am afraid of building my dreams, we don’t know when they will be broken again. We no more have the strength to deal with this),” he added, breaking down.

Shamim and his family now move between Delhi and their ancestral village in Bihar’s Khagaria and are planning to permanently move there because “Delhi has become synonymous with fear”.

“Treatment for trauma? Governments do that? We don’t even know if that’s a thing. And how do we get treatment for our trauma when we have no money to educate our children anymore,” Shamim said when asked if officials of the Delhi government offered help for mental rehabilitation.

Crushing Memories of Bodies of Kin

On February 26, 35-year-old Dinesh Kumar Khatik, a resident of Karawal Nagar who had gone out to buy milk a little farther from his locality as shops were shuttered down since February 23, was shot dead by rioters. Two bullets hit him in his head around 4 pm.

“This February 26 it was one year since we lost him. He was like my friend and guide, which one can’t replace. The shock of losing a family member to a bullet stays with you for years. You have to identify the lifeless body of a family member. It’s a haunting memory. A crushing wound,” said Ashwani Biltoria, Khatik’s nephew. Khatik is survived by his wife and two children.

“We never as such had any communal issue in the area and neither did our family have any enmity. But, today there is one family member missing. From Shiv Vihar to Mustafabad, it was three nights of arson. What does a compensation do? My uncle is only a memory now,” Biltoria said.

“The government can help the victims by employing the kin because it’s difficult for us. With my uncle gone, the source of income and livelihood is also gone. He was a driver. My aunt is a housewife and it’s tough to deal with the trauma and look for work with two children to tend to,” he said.

On the same day, 26-year-old Sabina, who was heavily pregnant, lost her husband, Aamir, and his younger brother, Hashim. Both were murdered near Ganga Vihar. The brothers were killed on their way home after a mob stopped them and asked them to chant the Hanuman Chalisa. Their bodies were pulled out of the Bhagirathi Vihar drain a day later.

Sabina delivered baby Alima on July 24, but there was no Aamir to hold the newborn. 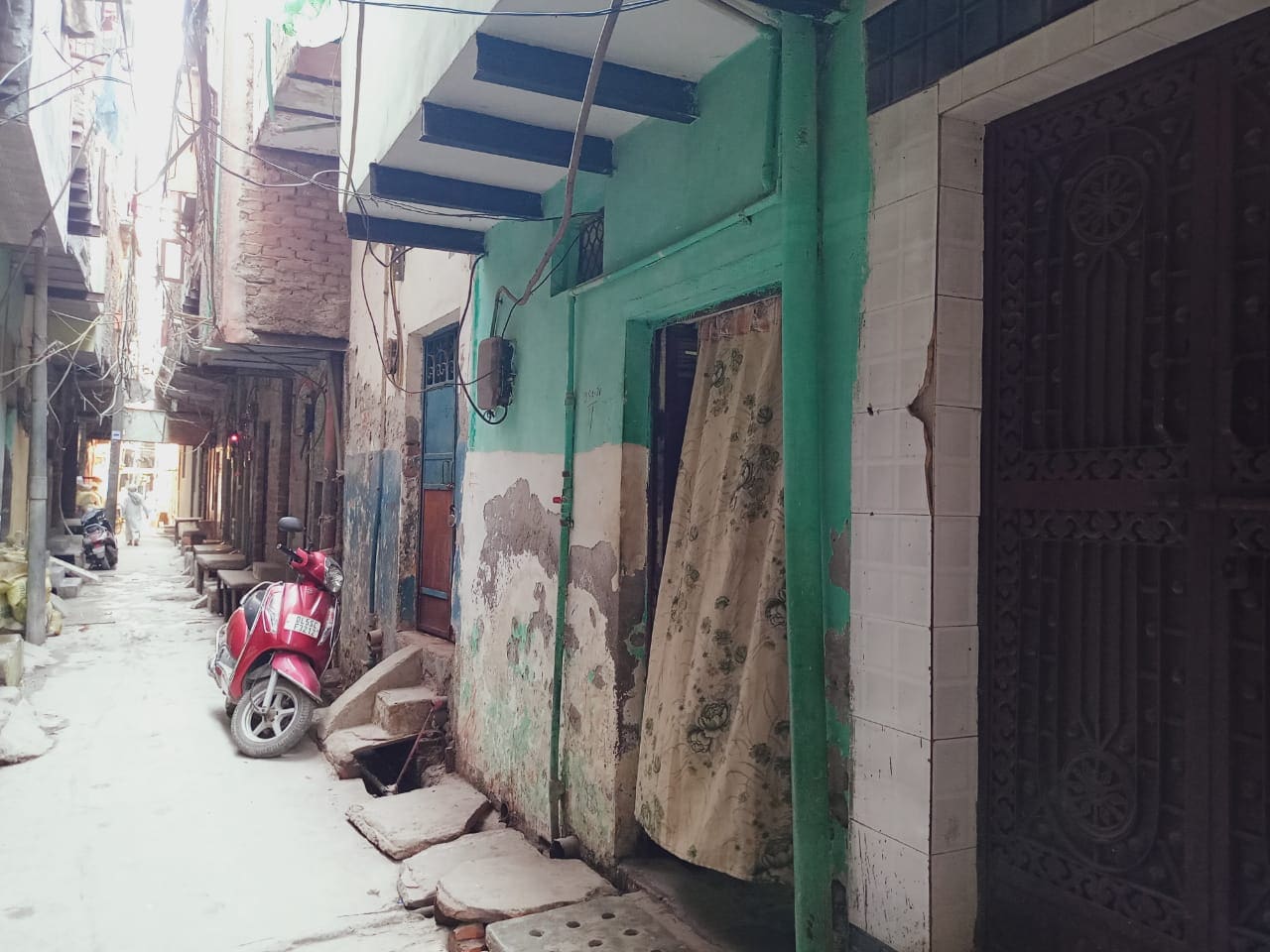 A year on, a turbid lane in Mustafabad mournig for two young sons

“We have to keep showing the baby Aamir’s photo so that she knows who her father is. My eldest one, Alfisha, is five and Alisha is four. All of them are now my responsibility, alone. Aamir’s parents have been perennially ill since his and his 19-year-old brother’s death. I fear that Aamir’s memories will fade away as my daughters grow,” said Sabina. “My children still think that Aamir will return with gifts for them. They even say that he comes in their dreams.”

Grieving Within the Four Walls

Anwar Qassar, a 58-year-old father of three daughters, was gunned down and thrown into a raging fire on the morning of February 25. He was dragged out of his house and shot twice at his Shiv Vihar residence. He ran his family and that of his elder daughter with his business of scrap.

“Of his body, only one foot remained. ‘Sadma’ (trauma) is an understatement,” said Gulshan Bano, Qassar’s eldest daughter. “When the cops handed us my father’s foot, we went to the hospital and were insulted. They accused us of cheating. They said we picked up a random leg and brought it there to claim money from the government. With what heart do people say such things.”

Bano and her vision-impaired husband live in Tilakhwa, Ghaziabad with their two children. Her family was run by her deceased father, who also took care of her son-in-law’s medical treatments. For now, those treatments have come to a halt because of the calamitous changes in their lives. Bano now runs her household by running errands and working as a house help. Now, all Bano strives for is her children’s education because her father, Qassar, “wanted his grandchildren to study”.

On February 25, a family in Bhajanpura, too, was devastated with the news of the death of their 23-year-old son, Rahul Thakur, a bright student. Thakur suffered a bullet injury outside his house and is survived by his parents and a younger brother.

“It’s difficult for all of us in the family that Rahul is no more with us. When violence erupted, Rahul rushed outside to ensure that their residence was safe. Around 4:30pm, he was few steps outside his house, along with two other friends, when a bullet hit him and he fell to the ground. We rushed him to the GV Pant Hospital, where he was pronounced dead three hours later,” said Amit Thakur, the deceased’s cousin. 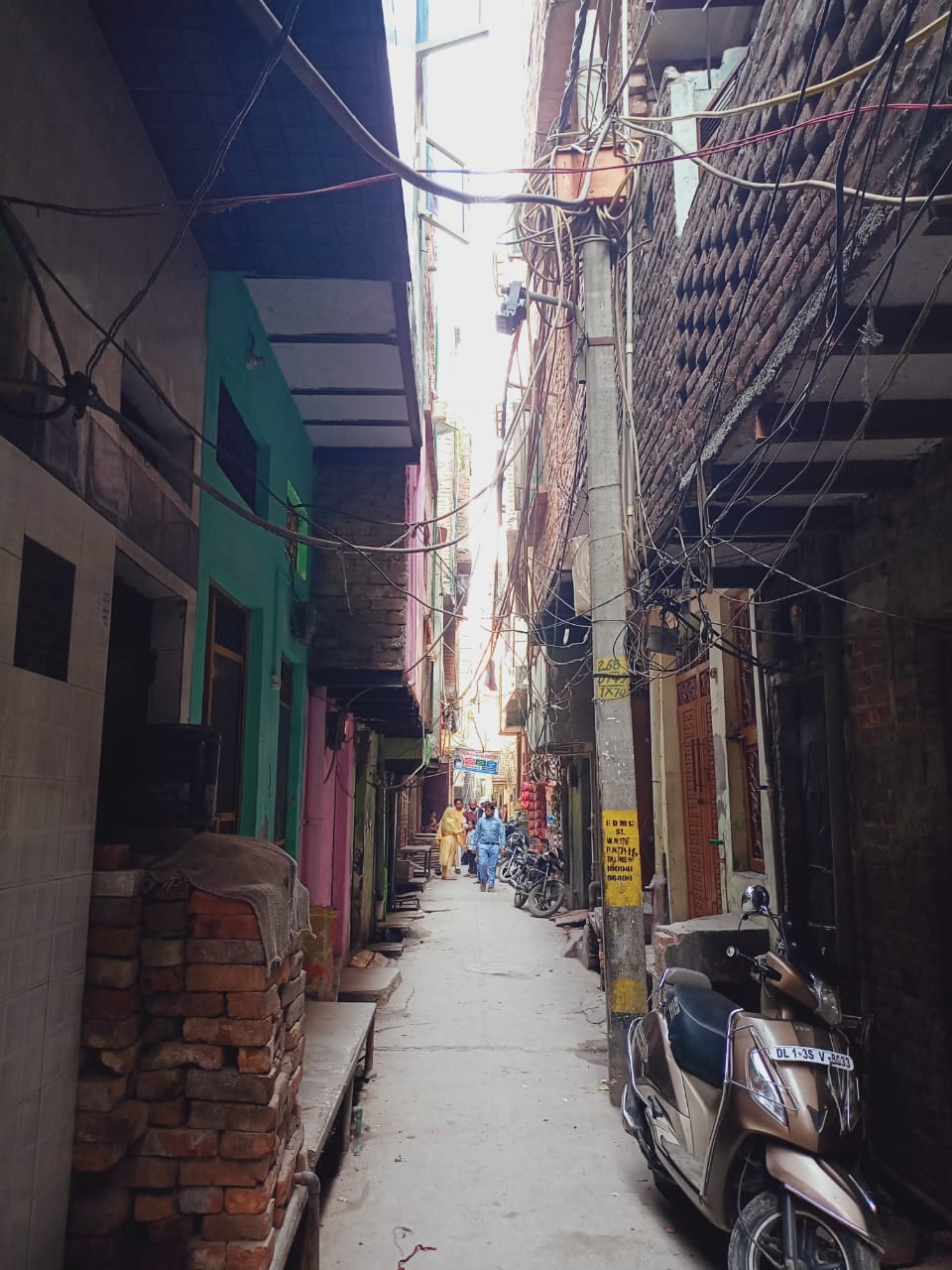 “Nobody from the government ever came to meet us. After such a huge loss, can be comforting for us, as the kin of those killed, if we get some emotional support from the government and reassurance that such incidents will be prevented in the future. Mental rehabilitation is a big part of healing,” Amit said, adding the Covid-19 pandemic made things more crippling.

“The Covid-19 pandemic made things worse for families of the victims because we were shut in our homes, unable to physically meet people for emotional support. We suddenly found ourselves so lonely. Grieving lonely. Dealing with the trauma of losing Rahul, everything alone and inside the four walls of the house,” he said.

Meanwhile, in the past one year, the primary endeavor of local residents in the riot-hit area of Bhajanpura has been to bridge the communal gulf created during the course of the violence last year, Amit said.

Victims of the Northeast Delhi riots have ruled that the compensation amount that the Delhi government announced is “disproportionate” and “inadequate”.

“On February 24, after a mob set the Bhajanpura petrol pump on fire, they came for my garage… They set ablaze all the vehicles parked in front of my garage,” said Rais Ahmed, owner of an e-rickshaw garage. “With my garage and office burnt, I incurred an immediate loss of around Rs55 lakhs. We didn’t have any work till June. We could only start rebuilding the garage as the government gave permission for construction work in the Unlock phase in June. Then, it cost us another Rs50-60 lakh to reconstruct our garage from scratch and also the buy e-rickshaws,” Rais said.

“The Rs five lakh compensation that the Delhi government released for us was spent in a jiffy because our losses were 20 times more than what we received as compensation,” he said.

Rais had to mortgage his ancestral house in Chand Bagh, where he lives with his family of six. “We may have to let it [house] go, it hurts, but what can we do,” he said.

For 22-year-old Akram Khan, a garment worker from Old Mustafabad who lost his right arm and a finger on the left hand in a blast during the riots, life has taken a drastic turn from being the “star employee” to jobless. Besides, he has been waiting for the police to register an FIR on his statement recorded in March last year.

“I stay with my uncle, trying to learn garment work with one hand, but it is tough. Also because my left arm is still recovering so I am unable to push myself,” Khan said, adding that hiring an aid for helping him work will add to his already rising expenses. “Khud kaam karneka himmat abhi hai nahi (I don’t have the confidence to start working on my own now),” he said.

Khan’s arm was amputated on February 25 at the Guru Teg Bahadur Hospital, but the FIR registered by the police says he received the injuries in an “accident”, where he has been booked for rash driving. Its copy has still not been made available to him by the police.

Sitting beside Khan, his 47-year-old uncle said the communal crack has been glaring since the riots. “We don’t go beyond the Khajuri Khas Chowk after 10pm. This is the new norm for us. This fear is fresh and is far from subsiding,” he said. Few names of victims have been changed as per their wish for anonymity.

Ahona Sengupta is a journalist with News18.com. She writes on gender, crime and politics....Read More