With the Presidential assent, triple talaq or instant divorce now stands as a punishable offence that will invite a jail term.

New Delhi: President Ram Nath Kovind has cleared the ordinance making triple talaq a punishable offence that was moved by the Union government on Wednesday, after the government failed to pass the bill through both houses of the Parliament.

The ordinance would have similar provisions as The Muslim Women Protection of Rights in Marriage Act, popularly known as the triple talaq bill, which was cleared by the Lok Sabha in December last year.

With the Presidential assent, triple talaq or instant divorce is now a punishable offence that will invite a jail term.

Giving details about the provisions of the ordinance, Law Minister Ravi Shankar Prasad said the core component of the bill is that it is an offence that will be cognizable only when the FIR is filed by the victim wife or her close relations by blood or marriage.

“Secondly, it's compoundable, it can be compromised only at the insistence of the wife upon appropriate terms and conditions as determined by the magistrate. Thirdly, a bail can be granted by the magistrate upon reasonable grounds but only after hearing the victim wife also,” he said.

He added that the victim wife must get the custody of minor children and would be entitled to a maintenance suitably determined by the magistrate for herself and the children.

The minister also took a swipe at the Congress for blocking the bill from becoming law. Alluding to Sonia Gandhi, Prasad said, "It's my serious charge with full sense of responsibility that a distinguished woman leader is ultimate leader of the Congress, yet barbaric inhuman triple talaq was not allowed to be ended by a Parliamentary law for pure vote bank politics."

The bill had faced a stiff resistance in the Rajya Sabha where several Opposition lawmakers argued that it was drafted "shoddily" and must be sent to a Select Committee for close scrutiny.

The bill makes instant "triple talaq" a criminal offence and proposes a three-year jail term for a Muslim man who divorces his wife by uttering the word "talaq" thrice. It has provisions for imprisonment and fine for anyone invoking it. It also deals with subsistence allowance to a Muslim woman and her children from the estranged man as well as custodial rights of minor children.

It covers instant triple talaq delivered in any form — whether delivered orally, including telephone or a mobile call, or in writing or through electronic medium like WhatsApp or SMS — illegal. 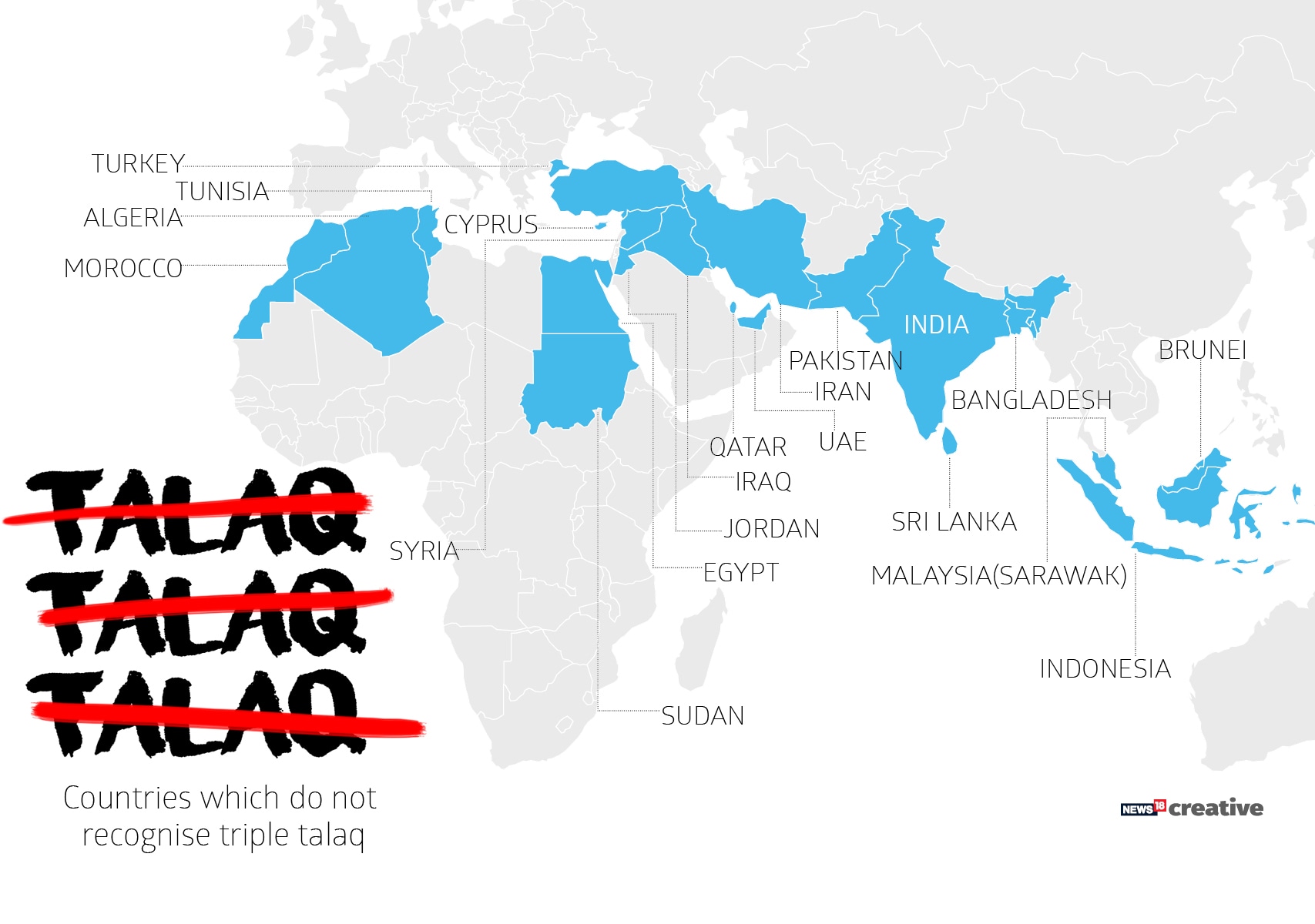 As India makes triple talaq a punishable offence, here’s an infographic on countries that do not recognise the custom.

The bill, however, had become a political flash point as the Congress and certain other opposition parties opposed to certain provisions of the bill, including the three-year jail term.

Rejecting criticism that it was stonewalling the legislation, the party said putting the bread-winner of a family in jail would not just be injustice to his family, but also to the woman and her children as they would be left to fend for themselves without financial support during that period.

The Congress had told Ravi Shankar Prasad that it would be ready to support the bill, even with the criminal clause, if the government takes upon itself the responsibility of financially supporting all Muslim women whose husbands are in jail for pronouncing instant triple talaq.

But the government had rejected the proposal. To bolster its case, the Centre had even sought the opinion of all state governments on the subject, and, most of them had supported the bill in its present form.

The ordinance comes just weeks after Prime Minister Narendra Modi promised Muslim women “that the entire nation is there with them and we will ensure that they get justice.”

The Supreme Court had in a verdict in August last year declared instant triple talaq illegal and unconstitutional. Muslim women had petitioned the court, arguing that practice of husbands divorcing them through "triple talaq", including by Skype and WhatsApp, not only violated their rights but also left many women destitute.

But even after the Supreme Court declared it illegal, some Muslim men continued with the practice of instant talaq. While there were 177 reported cases of triple talaq before the Supreme Court verdict in August last, 70 such cases instances were reported after the order.