The government has earmarked Rs 50 crore for utilisation under the guidelines. (Image: News18)

As winter approaches, Delhi is bracing itself for plummeting air quality, made worse by stubble burning in neighbouring states. Besides being a health and environmental hazard, the issue is also a political one with the Aam Aadmi Party in power in both Delhi and Punjab. In this series, News18 studies the situation on ground, explores solutions with experts and attempts to answer if Delhiites will breathe easy this season.

Spread over nearly 20 acres of land, one of Asia’s largest Compressed Biogas (CBG) plants which recently started operations in Bhutal Kalan village of Sangrur is gearing up for its first big test this winter.

The project commissioned this April is part of Punjab government’s strategy to curb stubble burning by converting the mammoth volume of paddy straw into renewable energy.

PART 1 | Before Delhi, the Smoke Consumes Us. But Can’t Give Up Burning Stubble: Sangrur Farmers

With its massive fleet of as many as 42 tractors, and a host of machinery — including rakers, tedders, bailers and trolleys — the plant run by Germany-based company Verbio India is planning to collect nearly 70,000 tons of paddy straw this harvesting season. It has already begun collecting the leftover paddy straw from villages in Sangrur — one of the hotspots of stubble burning. With its massive fleet of as many as 40 tractors, and a host of machinery — including rakers, tedders, bailers and trolleys — the plant in Bhutal Kalan village of Sangrur is planning to process nearly 70,000 tons of paddy straw this harvesting season. (News18)

“It has a total capacity of 33.23 tons of Compressed Biogas (CBG) per day, which is the highest in the state so far. We are expecting to cover at least 28,000-30,000 acres of harvested land this Kharif season. The focus is on paddy, but we are also starting collection of other agro-residues on pilot basis,” plant head Pankaj Jain tells News18. The compressed biogas produced is being commercially supplied to Indian Oil Corporation (IOCL) outlets in the state.

In what seems like a daunting exercise at first, the entire process of collecting this agro waste requires as many as five machines, including a tractor. Once the leftover stubble is cut into fine pieces, it is compressed into compact round bales by a straw baler mounted on a tractor, which then loads it into the trolleys. While the entire process takes a few hours depending on the area, the challenge often lies in transportation.

PART 3 | ‘How Can We Set Fire to Field That Feeds Us?’ In Punjab, Some Are Doing Their Bit for Clean Air

“We set fire to stubble because we do not have any other option. If the factories can come and collect the paddy straw on time, we have no problem,” says Gobind Singh, a farmer from Bhattal Kalan. “But the problem is that a lot of these heavy machineries and loaded tractors and trolleys struggle to even reach the fields on the narrow 11-feet roads in our villages, many of which are either damaged or not concretised. Quite often, they topple.”

Time is yet another big constraint. Once the harvesting begins, there is only a small window for farmers to ready the field for sowing the next crop which is narrowing down due to delayed withdrawal of monsoon every year. “We cannot keep waiting for the machines and let the next crop suffer. There is always a risk of untimely rains and if the moisture seeps in, it can affect the crop output and even make it prone to attack by pink worms. This changing weather has already taken a toll on us,” says Jagtar Singh, another farmer. The erratic weather patterns leave most farmers counting their losses every year. Once the rain commences, it not only brings down the overall rice output but also makes the leftover straw unsuitable for processing by plants. (News18)

The erratic weather patterns triggered by changes in climatic conditions leave most farmers counting their losses every year. Once the rain commences, it not only brings down the overall rice output but also makes the leftover straw unsuitable for processing by plants.

“The bales (made of straw) can only be taken for processing if the overall moisture content is less than 20 per cent, which is duly tested before collection. If it is more than that, then it is deemed unfit for collection,” says one of the workers at the plant run by Germany-based company Verbio India.

Several biofuel plants have sprung up in various districts of the state over the last few years, hoping to tap into Punjab’s biomass opportunity. The state generates nearly 19.5 million tons of paddy straw during the season, and a lot of it goes up in smoke.

“There is a huge potential of CBG projects based on agro-waste in Punjab,” state renewable energy minister Aman Arora said earlier this month while announcing as many as 42 additional Compressed Biogas (CBG) projects of a total capacity 492.58 Tonnes Per Day (TPD) allocated by nodal agency Punjab Energy Development Agency (PEDA) to develop a lasting solution to prevent stubble burning.

Two more plants with a total capacity 14.25 tonnes CBG per day are expected to be completed next year, while the remaining could take at least three years. According to the government, all these projects will consume nearly 16.5 lakh tons of paddy straw per annum to produce 492.58 tons of CBG per day. The Bhagwant Mann led-Punjab government is also offering incentives for such plants under the state’s new and renewable energy policy, including exemption of stamp duty and registration charges, change of land use and external development charge. 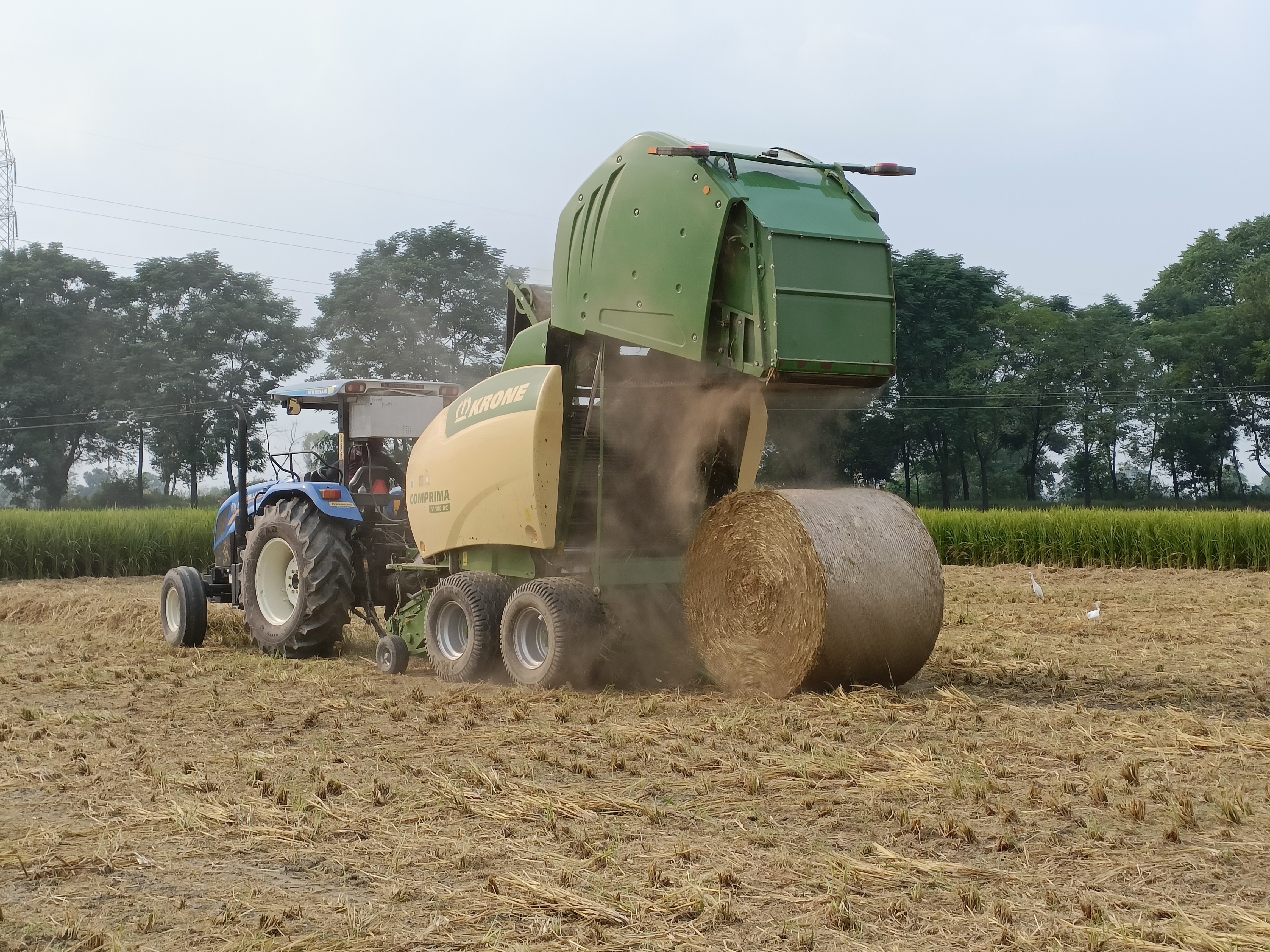 While the biomass/bio-fuel plants tap into the opportunity, experts say, it is too early to see any noticeable impact in the state where 50 per cent of the stubble generated is still going up in smoke. (News18)

While the biomass/bio-fuel plants tap into the opportunity, experts say, it is too early to see any noticeable impact in the state where 50 per cent of the stubble generated is still going up in smoke. This year, the area under paddy cultivation in Punjab has increased further to about 31.13 lakh hectares, which could generate as much as 19.76 million ton of paddy straw — a million ton higher than last year — and crop fires have already begun.

PART 5 | Caught in Political Slugfest, Will Delhi’s Smog Story Be Any Different This Year?

“The magnitude of the problem is such that no single solution can turn things around. For Punjab to get rid of stubble burning, multiple solutions will need to work together. Ex-situ or in-situ management of stubble is one, but we also need to support the farmers as they make this transition, and help them bear the additional cost that they may incur while doing so.

“Even if the government intends to reduce farmers’ dependency on paddy, their efforts cannot yield results until they incentivise farmers to diversify crops and make it conducive for them to earn their livelihood while preserving the environment,” said agriculture expert Devinder Sharma.