File photo of the CBSE headquarters in New Delhi.

For years, Class 12 students were taught to recognize Partition with a point that the history of conflict between communities has coexisted with a long record of sharing and of mutual cultural exchange.

In an attempt to reduce the syllabus load for Classes 9 to 12 by 30 per cent amid pandemic, the Central Board of Secondary Education (CBSE) has scrapped the ‘Understanding Partition’ chapter from Class 12 syllabus for 2020-21 batch.

On Tuesday, Human Resource Development Minister Ramesh Pokhriyal announced the decision to ‘rationalize’ the syllabus by reducing some chapters and retaining core concepts. Similarly, for Class 11 chapters on Citizenship, Secularism and Nationalism have been omitted.

For years, Class 12 students were taught to recognize Partition with a point that the history of conflict between communities has coexisted with a long record of sharing and of mutual cultural exchange.

The chapters encouraged students to read the arguments made by historians in India and Pakistan who do not take into account the changing circumstances that shape people’s thinking. These historians preferred to harp on the point that the events of 1947 were intimately connected to the long history of Hindu-Muslim conflict throughout medieval and modern times. 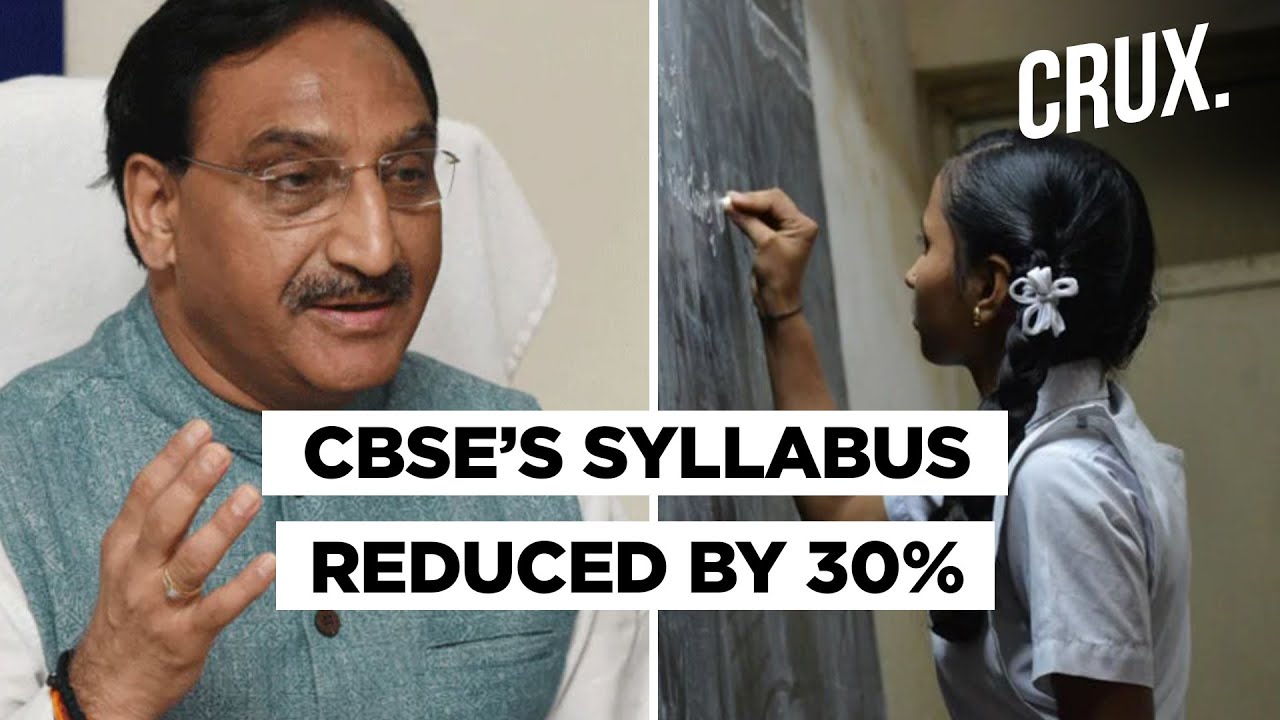 The chapters also examined the history of Partition- why and how it happened while narrating the harrowing experiences of ordinary people during the period 1946-50 and beyond.

Explaining further, the chapter talked about Lucknow Pact, the Provincial election of 1937, the Pakistan Resolution, the vagueness of the demand made in 1940 and suddenness of the partition along with post-war developments when the British agreed to make the Indian Central Executive Councils, also offered a possible alternative to establish a three-tier confederation with a united India along with explaining the events that lead to “Direct Action Day” in August 1946.

Via the study, students were also motivated to discuss which of the factors were most important in leading to partition and why?

Giving an understanding on Communalism as a particular kind of politicisation of religious identity, an ideology that seeks to promote conflict between religious communities, the section further emphasised that in the context of a multi-religious country, the phrase “religious nationalism” can come to acquire a similar meaning. In a country like India, any attempt to see a religious community as a nation would mean sowing the seeds of antagonism against some other religions.