Solicitor General Tushar Mehta told the bench that these cases "must reach their logical conclusion within a time bound manner" and if any central agency (like CBI or ED) is not proceeding with the matter despite there being no stay then he would take up the issue at another level.

The Centre favoured expeditious disposal of pending cases against former and sitting lawmakers on Wednesday before the Supreme Court and said these matters "must reach their logical conclusion" within a time frame. A bench of Justices N V Ramana, Surya Kanta and Hrishikesh Roy was told by Solicitor General Tushar Mehta, appearing for the Centre, that he has no problems with the suggestions made for speedy disposal of case by senior advocate Vijay Hansaria, appointed as amicus curiae in the matter.

Mehta said that if proceedings of any of these cases against lawmakers are stayed by the high court, then the top court may direct the it to decide the matter in a time bound manner. He told the bench that these cases "must reach their logical conclusion within a time bound manner" and if any central agency (like CBI or ED) is not proceeding with the matter despite there being no stay then he would take up the issue at another level.

"Whatever directions will come from the Supreme Court, the Union of India will welcome them," Mehta said, adding that if there are any lacunae regarding infrastructure of special courts, then the top court may direct the state government concerned to do the needful within a maximum of one month. At the outset, Hansaria, along with advocate Sneha Kalita, referred to the details of cases against MPs and MLAs from his report. 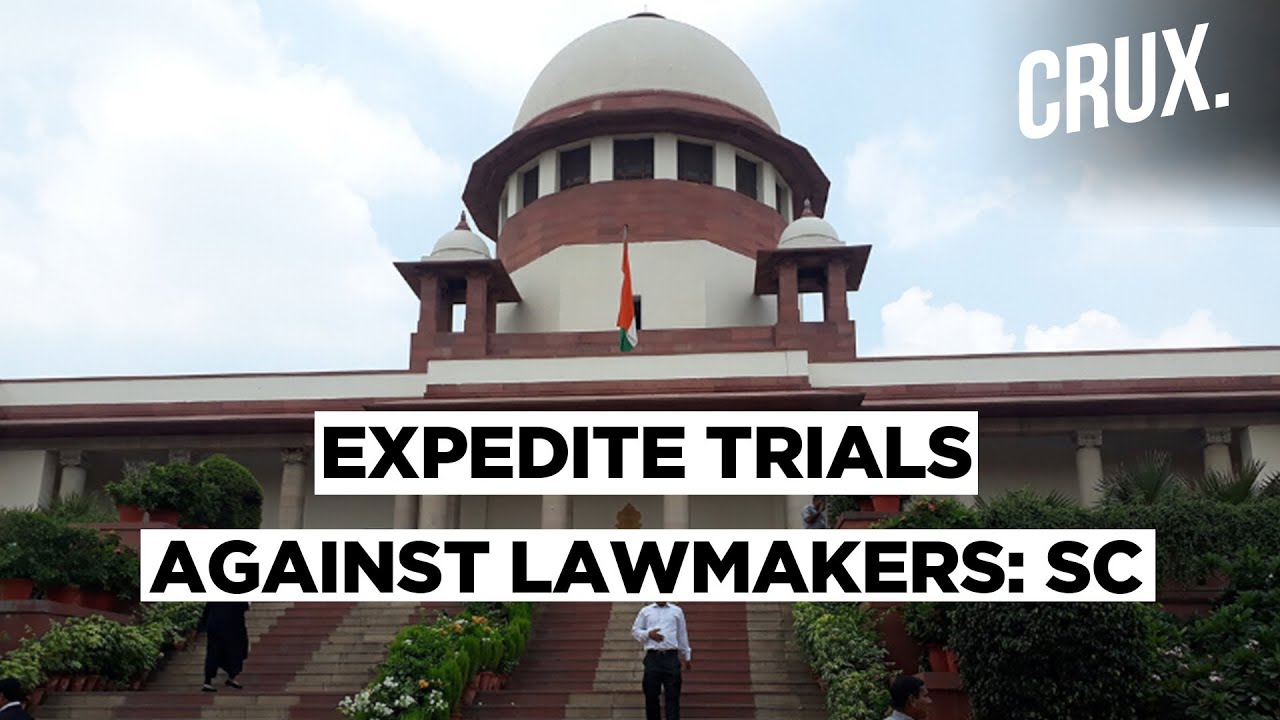 The bench asked Hansaria about the status of the cases being investigated by central agencies like CBI and ED, some of them pending since several years. Hansaria said that several Prevention of Corruption Act (PCA) cases have been stayed by the high courts like in Karnataka and many cases under the PC Act and the PMLA against elected representatives have been stayed by the Telangana high court.

He said in some of these cases trials have not been expedited and many of them are pending at the stage of framing of charges. The bench observed that there may be cases where the central agencies have registered FIRs but nothing much has happened thereafter.

The apex court observed that if there is only one special court in one state then it may not be possible to conduct all these cases in a time bound manner. Mehta said that the court may consider having a particular number of cases in one special court.

He also referred to the geographical aspect of a particular state and said that the chief justice of the high court of states may decide the number of cases to be dealt with by a special court. Hansaria said that there are states which are big and it is very difficult for the witnesses to travel from one part of the state to other part.

Mehta said the Centre had released funds to the states for creation of special courts and several states have not yet filed the utilisation certificate with the Centre. The bench, which said it would consider the suggestions given by the solicitor general, said it will pass order on these issues which have also been raised in Hansaria's report.

At the fag end of hearing, Mehta requested the court that direction regarding funding issue may be avoided at this stage as he will have to take instruction on this aspect. Mehta said he agreed with the demarcation that cases having offences attracting life sentence and under the PC Act should be given priority as suggested by the amicus curiae.

Hansaria had suggested that after death or life sentence cases and corruption, money laundering cases, the special court should take up cases like SC/ST (Prevention of Atrocities) Act and Offences under Protection of Children from Sexual Offences Act, (POCSO). He said that thereafter the special court may take up cases of offences punishable with imprisonment for seven years or more and other crime related matters.

The top court was earlier informed that the politicians are facing criminal trials in 4,442 cases across the nation and out of these, sitting MPs and MLAs are undertrials in as many as 2,556 such matters, sought further information from all high courts about other pending cases against sitting and former lawmakers. Hansaria in his supplementary report said that more than 200 cases are pending against lawmakers under special laws such as the PCA, PMLA and the POCSO Act, 2012 in different states.

Over a dozen cases are also pending against Members of Parliament or Members of Legislative Assembly (both former and sitting) for offences under the Income Tax Act, Companies Act, Prevention of Arms Act, Excise Act and NDPS Act, the apex court was informed. The report said the analysis of pending cases also shows that there is no uniformity on setting up of Special Courts for MPs/MLAs throughout the country.

The plea filed by advocate Ashiwini Upadhyay has also sought a direction to the Centre to take appropriate steps to debar the person convicted for the offences specified under some provisions of the Representation of the People Act (RPA) from contesting MLA or MP election, forming a political party or becoming office bearer of political party.