The Indian Army had told its Chinese counterpart on Saturday about the five civilians, who were engaged as guides and porters by the Army, going missing.

China on Monday adopted a decidedly unfriendly posture to the Indian Army’s question asking if five civilians who went missing from Arunachal Pradesh days ago were in the custody of the People’s Liberation Army (PLA).

China has never recognised the “so-called ‘Arunachal Pradesh’, which is China’s south Tibet region”, the Chinese foreign ministry spokesperson Zhao Lijian told a news briefing on Monday in response to a question about the missing Indians.

“We have no details to release yet about question on Indian Army sending a message to PLA about the five missing Indians in the region,” he added, denying knowledge of the abduction.

The response came after Union Minister from Arunachal Pradesh Kiren Rijiju wrote on Twitter, “The Indian Army has already sent hotline message to the counterpart PLA establishment at the border point in Arunachal Pradesh. Response is awaited.” 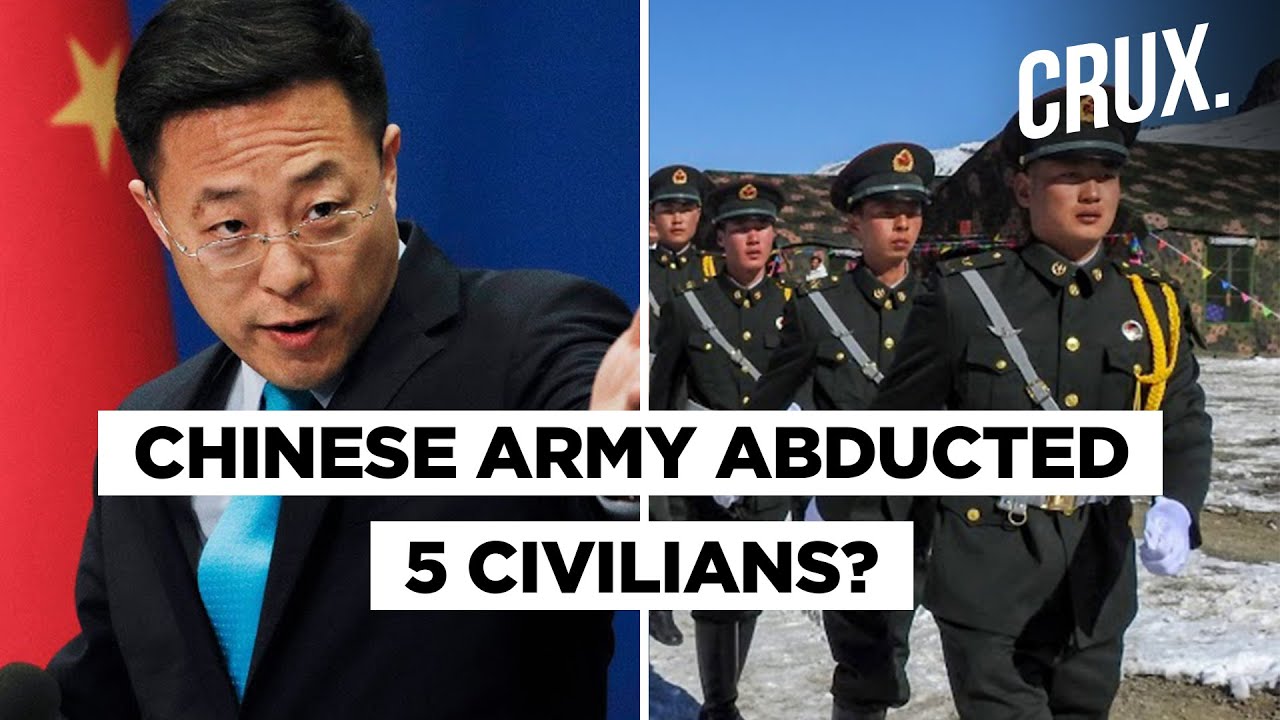 The Indian Army had told its Chinese counterpart about the five civilians, who were engaged as guides and porters by the Army in the Upper Subansiri district on the Sino-Indian border, on Saturday.

Two members of the group returned home and informed the families of the other five that they had been whisked away by the Chinese troops from Sera-7, an Army patrol zone located about 12 km further north of Nacho. Nacho is the last administrative circle along the McMahon line and is around 120 km from the district headquarters Daporijo.

Police officers in Arunachal Pradesh said that a hunt was on for the missing youngsters and contact is being established at the local level by Indian Army with their Chinese counterpart. “The families have not registered a complaint with us. Yet district police of Upper Subansiri is scouting the jungle for some clue about the whereabouts of the missing youth,” a senior police officer in Arunachal told News18, adding the suspicion was the boys who often did porter duty for the Indian Army could have gone for hunting and unknowingly crossed the perceived the LAC.

Indian government sources said the matter has not been escalated to a diplomatic level yet. “The discussion is only between our border post and theirs. We will have to wait to get more clarity,” an officer said on the condition of anonymity.

A senior Union minister told News18, “We will have to wait to get more clarity about what really happened to these youngsters.”

Relations between India and China have hit a multi-decade low since clashes in Ladakh in June that killed 20 Indian soldiers. Both sides have since stepped up monitoring of their largely unsettled 3,488 km border.

“We spoke with them on the hotline and told them that it’s suspected that some people have crossed across to your side and we will be grateful if you could hand them over back, as per what we do normally,” Lieutenant Colonel Harsh Wardhan Pande, an Indian Army spokesman, told news agency Reuters.

“There is no earmarked line going through the forest or the mountains, so they keep moving here and there. So they might have gone there. It’s a very normal thing,” he said, adding they were yet to hear back from the Chinese.

Authorities in Arunachal Pardesh say it is not uncommon for people to unknowingly cross the LAC. “They are returned but it takes time. The last time such an incident happened it took 40 days and then things were relatively peaceful,” an official said.

Meanwhile, Congress leader and former Union minister Ninong Erring hit out at China for questioning Arunachal Pradesh’s association with India. He tweeted to say Arunachal will always be an integral part of India.

(With inputs from Arunima)