Armed with sticks, the group of locals reached the site and asked the farmers to leave while raising slogans against them.

Police fired tear gas and resorted to baton charge Friday to break up a clash between farmers and a large group of men claiming to be local residents who hurled stones at each other at the Singhu border, one of the main protest sites against farm laws. Delhi Police SHO (Alipur) Pradeep Paliwal was injured in the violence after a man attacked him with a sword, an official said, adding that some people were also wounded.

The official said that police detained the man who attacked the station house officer. The group claiming to be locals demanded that the farmers vacate the Singhu border, one of the main protest sites around the capital.

The Delhi Police said the SHO, who was attacked by a man with a sword, has suffered grievous injuries on his hand. 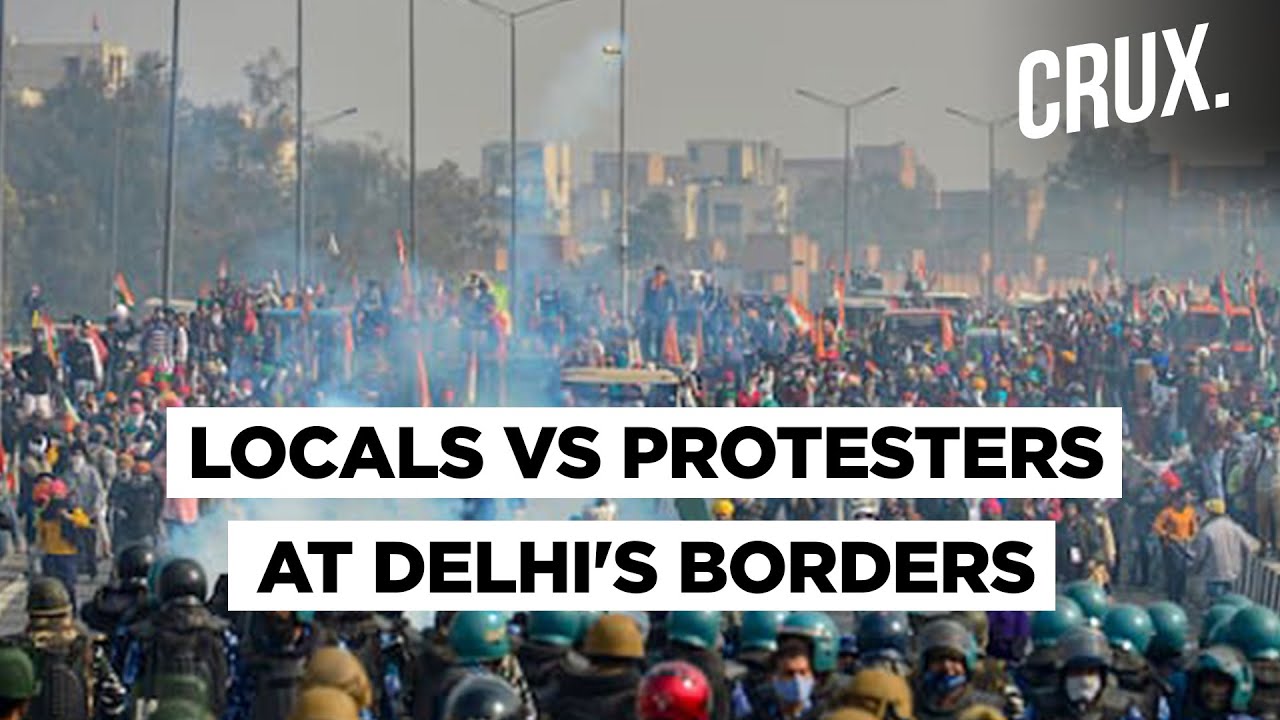 “SHO Alipur, Delhi, intervenes between rioting protestors (MKSC faction) and local Singhu villagers, who had gone to register their protest against the happenings on Republic Day-2021 and continued loss of ordinary livelihoods for over two months,” the Delhi Police said in a tweet.

In another tweet, it said, “This is how the SHO was assaulted; he has suffered grievous injuries on his hand… Peace has been restored. Legal action is being initiated.”

The official said that police detained the man who attacked Paliwal.

Armed with sticks, the group of locals reached the site and asked the farmers to leave while raising slogans against them. Both sides also pelted stones at each other. The protesters at the Singhu border, much of which is barred for entry from outside, came out in numbers to resist the locals. However, they were promptly stopped by farmer union volunteers which helped the situation from turning ugly.

“They are not locals, but hired goons. They were throwing stones, petrol bombs at us. They attempted to burn down our trolleys also. We are here to resist them. We won’t leave the place,” said Harkirat Mann Beniwal, 21, from Punjab’s Khana district.

Thousands of protesting farmers had clashed with the police during the tractor rally called by farmer unions on January 26 to highlight their demand for repeal of the Centre’s three farm laws.

Many of the protesters, driving tractors, reached the Red Fort and entered the monument. Some protesters even hoisted religious flags on its domes and the flagstaff at the ramparts, where the national flag is unfurled by the prime minister on Independence Day.