A security guard checks the temperature of a girl as a precaution outside a store in Bengaluru on Thursday. (AP)

India has registered more than 9,500 cases for the seventh day in a row, while the one-day casualty figure crossed the 300-mark for the first time on Thursday.

Coronavirus LIVE Updates: India on Thursday overtook the United Kingdom to become the fourth most affected country by the coronavirus after recording a record daily spike in new cases. According to a tally maintained by Worldometer, India currently has 2,97,832 cases while the UK has 2,91,409. India is only behind the US, Brazil and Russia now.

The total number of coronavirus cases around the world has risen to more than 75 lakh and the death toll has soared to over 4.21 lakh.

India has registered more than 9,500 cases for the seventh day in a row, while the one-day casualty figure crossed the 300-mark for the first time on Thursday.

The Union Health Ministry data, updated at 8 am on Thursday, said the country saw the highest single-day spike of 357 fatalities and 9,996 cases, pushing the death-toll to 8,102 and the nationwide tally to 2,86,579. The number of recoveries remained more than the active cases for the second consecutive day. 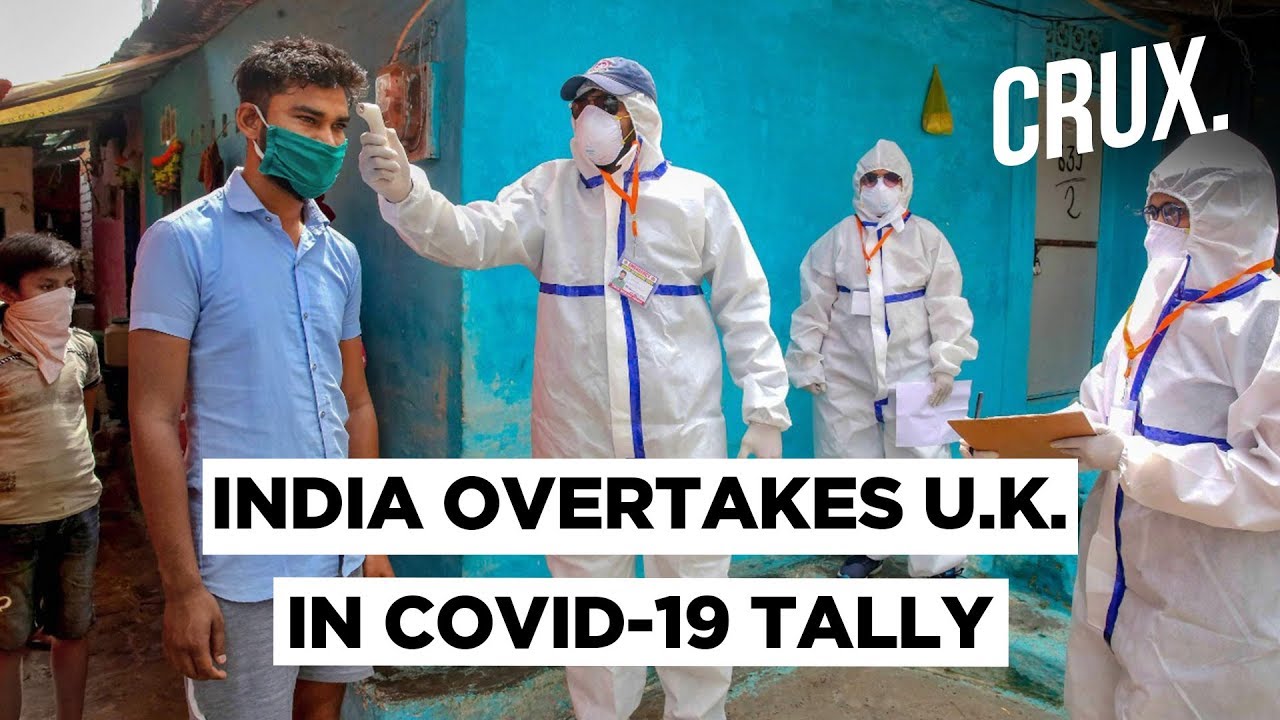 The number of active cases stood at 1,37,448 till Thursday 8 am, while 1,41,028 people have recovered and one patient has migrated, showed the ministry data. "Thus, around 49.21 per cent patients have recovered so far," said an official.

Jammu and Kashmir has reported 51 fatalities, while 52 deaths have been reported from Haryana, 33 from Bihar, 18 from Kerala, 15 from Uttarakhand, nine from Odisha and eight from Jharkhand.

Chhattisgarh and Himachal Pradesh have registered six fatalities each, Chandigarh five while Assam has four deaths so far. Meghalaya, Tripura and Ladakh have reported one fatality each, according to ministry data.

More than 70% of the deaths are due to co-morbidities, said the ministry's website.

Manipur has 311 cases, Nagaland has 128, Puducherry 127, Ladakh 115, Mizoram 93, Arunachal 57, Meghalaya 44 while Andaman and Nicobar Islands has registered 34 infections so far. Dadar and Nagar Haveli has 26 cases, Sikkim has reported 13 cases till now while Daman and Diu has two cases.