Coronavirus News LIVE Updates: The active caseload now stands at 1,40,638; which is the lowest in 263 days, the Ministry of Health and Family Welfare said. 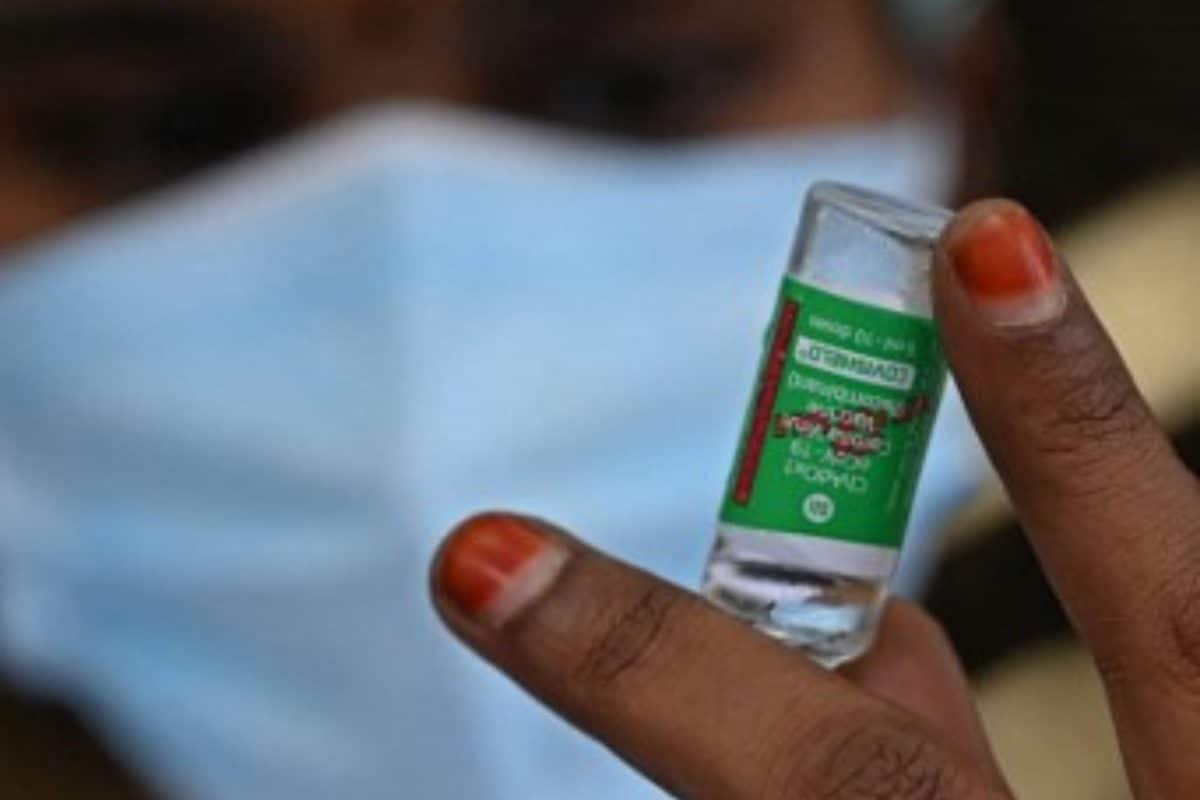 Coronavirus News LIVE Updates: India could resume deliveries of COVID-19 shots to global vaccine-sharing platform COVAX in a few weeks for the first time since April, two health industry sources told Reuters, ending a suspension of supplies that has hurt poor countries. Based on an informal approval from India, COVAX officials have started planning allocations of the Covishield shot for various countries, said one of the Read More

Karnataka has achieved a COVID-19 vaccination coverage of 89 per cent in the first dose and 48 per cent in the second, Health Minister K Sudhakar said on Tuesday as he urged the people to take both shots and not let their guard down. “People should not neglect to take a second dose within the prescribed time as both the doses are necessary to get maximum protection against the virus. We must not let our guard down until the pandemic is completely eradicated,” he said.

Over 15.92 crore balance and unutilised Covid vaccine doses are still available with the states and Union territories, the Union Health Ministry said on Tuesday. According to it, more than 116 crore COVID-19 vaccine doses have been provided to states and UTs so far. The inoculation drive has been ramped up through availability of more vaccines, advance visibility of vaccine availability to states and UTs to enable them to plan better, and by streamlining the vaccine supply chain, the ministry said.

Ladakh has recorded 12 fresh Covid-19 cases, taking the virus tally to 21,059 while the active cases has gone up to 122. Ladakh has registered 209 Covid-related deaths — 151 in Leh and 58 in Kargil — since the outbreak of the pandemic last year. Eleven patients were cured and discharged from hospital in Leh. There was no death reported due to COVID in Ladakh on Monday. With this, the total number of active cases in Ladakh has gone up to 123, comprising 119 in Leh and 4 in Kargil district.

People who receive the Pfizer or AstraZeneca COVID-19 vaccine have antibody levels significantly higher than those infected with the SARS-CoV-2 virus, according to a study published in Scientific Reports journal on Monday. A team led by researchers at the University of Montreal in Canada found that these antibodies were also effective against the Delta variant. READ MORE

Anti-Semitism has grown during the coronavirus pandemic, particularly online, a new EU report said on Tuesday, but gaps in data make it difficult to measure how bad the problem really is. As well as old lies being revived, “new anti-Semitic myths and conspiracy theories that blame Jews for the pandemic have come to the fore”, said the report. “Anti-Semitism, especially online, grew during the pandemic,” said the report, by the European Union Agency for Fundamental Rights (FRA). At the same time, the agency’s own research showed that anti-Semitic acts were consistently under-reported.

A Singapore court Tuesday postponed the imminent execution of a Malaysian man whom campaigners say is mentally disabled after he tested positive for Covid-19, meaning a last-ditch appeal could not proceed. Nagaenthran K. Dharmalingam was arrested in 2009 for trafficking a small amount of heroin into the city-state, which has some of the world’s toughest drugs laws. He was sentenced to death the following year. He was scheduled to be hanged on Wednesday after losing a series of appeals, despite mounting international outrage and supporters’ claims his intellectual disability means he is incapable of making rational decisions. The execution was put on hold after a last-resort appeal was lodged, with the Court of Appeal due to hear the challenge Tuesday.

The Thane Municipal Corporation (TMC) in Maharashtra has said its employees who have not taken even one dose of vaccine against Covid-19 will not be paid salaries. The decision was taken on Monday during a meeting of senior TMC officials, including civic commissioner Dr Vipin Sharma and Thane Mayor Naresh Mhaske. According to an official release issued late Monday night, the civic employees who have not taken the first dose, will not be paid salaries. READ MORE

India to Ship Vaccines to COVAX In a Few Weeks, Says Report

India could resume deliveries of COVID-19 shots to global vaccine-sharing platform COVAX in a few weeks for the first time since April, two health industry sources told Reuters, ending a suspension of supplies that has hurt poor countries. Based on an informal approval from India, COVAX officials have started planning allocations of the Covishield shot for various countries, said one of the sources, both of whom declining to be identified pending a final agreement.

Gurugram leads in Haryana with over 36L vaccinated

With more than 36.11 lakh people being vaccinated against Covid-19, Gurugram has become the first district in Haryana to do so, health officials have said on Tuesday. Of the 36.11 lakh, about 15.10 lakh beneficiaries have got the second dose. Gurugram Chief Medical Officer (CMO) Virender Yadav said that till Monday more than 36.11 lakh people were vaccinated in the district. Faridabad ranked second where more than 25 lakh jabs have been administered so far.

People of This Chinese City are Waging a 'War' on Covid; Info on Outbreak Source to Fetch $15,500

A Covid-hit Chinese city is offering thousands of dollars for anyone giving clues in tracing the source of its latest outbreak, as part of a “people’s war” to stamp out one of the country’s largest resurgences in months. China reported 43 local cases on Tuesday in a Delta-driven surge that has fanned out to 20 provinces and regions, keeping new case numbers in the double-digits over the past three weeks. READ MORE

Ten more people have tested positive for COVID-19 in Arunachal Pradesh, pushing the total caseload in the northeastern state to 55,190, a senior health official said here on Tuesday. The state had reported zero COVID-19 cases on Sunday, four on Saturday and two on Friday, he said. Thirteen more people recuperated from COVID-19, taking the total number of recoveries to 54,864, the official said. The COVID-19 recovery rate marginally improved to 99.41 per cent from 99.40 the previous day, State Surveillance Officer (SSO) Dr Lobsang Jampa said.

The Bengal government will undertake a door-to-door Covid-19 awareness programme to identify beneficiaries who have not received the first dose of the vaccine yet.

With the addition of 139 new cases of coronavirus, the infection count in Maharashtra’s Thane district has reached 5,66,687, while two more deaths pushed the fatality toll to 11,545, an official said on Tuesday. These new cases and deaths were reported on Monday, he said. The COVID-19 mortality rate in Thane stood at 2.03 per cent, he added. In neighbouring Palghar district, the COVID-19 case count has gone up to 1,38,185, while the death toll stands at 3,289, another official said.

The union territory of Andaman and Nicobar Islands reported one new COVID-19 case, three less than the previous day, pushing the tally to 7,665, a health department official said on Tuesday. The archipelago had reported four COVID-19 cases on Sunday, one on Saturday, zero on Friday, one on Thursday and zero on Wednesday. The union territory now has 10 active COVID-19 cases and all the patients are in the South Andaman district of which the capital Port Blair is a part. The other two districts – North and Middle Andaman and Nicobar – are coronavirus free. Three more patients recuperated from COVID-19, taking the total number of recoveries to 7,526, he said.

Covaxin is Now Approved in the US and UK. A Look at Nations You Can Travel To After Receiving the Jab

The UK government on Monday announced that India’s homegrown vaccine Covaxin will be added to its list of approved jabs for international travellers from November 22, meaning that those inoculated with the Bharat Biotech-manufactured shot will not have to self-isolate after arrival in England. The move followed the World Health Organisation’s (WHO) Emergency Use Listing for Covaxin, which is the second-most used formulation in India. The United States, which also lifted its Covid-19 travel restrictions after 21 months, will approve Covaxin, as well; all FDA and WHO-approved vaccines are to be recognised by US authorities. READ MORE Covid-19: India Unlikely to Fully Vaccinate All Adults by Dec 31 But Shots 'Will Be Available for All' By Then

India is unlikely to double-vaccinate all 94 crore adults against Covid-19 by the end of 2021, but the government will make that many vaccines “available” for all of them by then, senior government officials told News18. More than 74 crore adults have received the first dose so far, 35 crore people have got the second dose and total vaccinations stand at over 109 crore. Around 188 crore vaccine doses are ultimately needed for all adults. READ MORE

Denmark’s government on Monday proposed reinstating the use of a digital “corona pass” to be presented when Danes visit indoor bars and restaurants, as the country is entering a third wave of the COVID-19 pandemic. Denmark was one of few countries to lift almost all remaining restrictions in September after having avoided a third wave of infections over spring and summer due to broad lockdown measures imposed since Christmas. But the number of daily infections has risen steadily to around 2,300 in recent days from a low of just over 200 in mid-September.

UK to add India's Covaxin to approved list from November 22

sources, both of whom declining to be identified pending a final agreement.

The Bengal government will undertake a door-to-door Covid-19 awareness programme to identify beneficiaries who have not received the first dose of the vaccine yet. Meanwhile, India on Tuesday reported 10,126 new cases, its lowest daily figures since 266 days, and 332 deaths in the last 24 hours. The active caseload now stands at 1,40,638; which is the lowest in 263 days, the Ministry of Health and Family Welfare said.

After the US lifted travel restrictions put in place in 2020, Paul Campbell had waited nearly two years to reunite with his German fiancée at Boston’s Logan airport on Monday. “I’m just ecstatic that she’s here, I’m happy,” said Campbell, 63, a retired firefighter from Vermont who greeted her with a heart-shaped balloon. “Our relationship is still thriving even though we’ve been apart for two years.”

At John F. Kennedy International Airport in New York, a child held a sign reading, “Do I look bigger?” as he waited for the first British Airways flight from London’s Heathrow. “730 days missed u! Aunty Jill + Uncle Mark,” his sign said.

The travel ban, imposed since early 2020, barred access to non-U.S. citizens travelling from 33 countries – including China, India and much of Europe – and had also restricted overland entry from Mexico and Canada. While travel continued for residents of other countries and visitors falling under exceptions, the ban eliminated the sources of more than half the visitors to the United States in 2019, according to trade group U.S. Travel, primarily tourists and other non-essential travellers to the United States.

“Today America is open for business. That is our message to the world,” U.S. Commerce Secretary Gina Raimondo told Reuters in an interview at Chicago’s O’Hare airport. For many arriving on packed flights from Europe or lining up at border crossings in Canada and Mexico, Monday’s was an emotional journey that ended in the arms of joyful relatives clutching flowers, balloons and homemade signs.

Months of pent-up demand triggered a major spike in bookings on Monday, with travellers only required to show official proof of vaccination and a recent, negative viral test. Travel bookings for the holiday season in the United States continue to rise rapidly, according to airlines and industry data.

No major issues at airports were flagged in an early morning call among airlines and U.S. government officials although authorities have warned about possible long queues and delays.

“It’s a major day of celebration,” Weiss said, adding that planes were “filling up nicely,” in what he called a significant tipping point for an industry brought to its knees by the pandemic.