In the past 24 hours, India reported 43,509 cases, as per the health ministry's statement.

Amid a steep rise in fresh Covid-19 cases, a complete lockdown has been imposed in Kerala on July 31 and August 1, while the Centre has rushed an expert team to the state for crisis management. In the past 24 hours, India reported 43,509 cases, as per the health ministry.

After a slew of complaints about the inconsistency of timings to book online slots for vaccination, the BMC said on Wednesday that the announcement of slots would be made at 5.30 pm on social media. 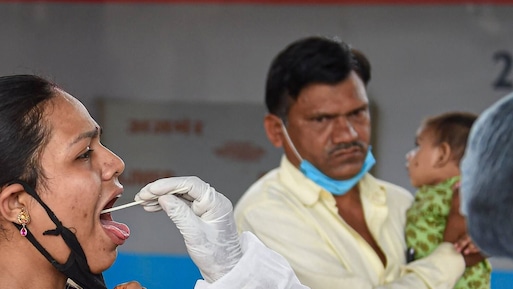 As the Covid-19 situation in the country improves in several states across India, some states continue to witness worrying trends.

The Brihanmumbai Municipal Corporation (BMC) said it will begin home vaccination of bed-ridden people in the city against coronavirus on an experimental basis from Friday. The initiative will be rolled out first in the K-east administrative ward covering the western suburbs of Andheri east, Marol, Chakala and others, it said. Kerala, which boasts of having India's best healthcare system, has reported more than half of the country's total COVID-19 case count in the past few days, kicking up a heated exchange between the BJP… 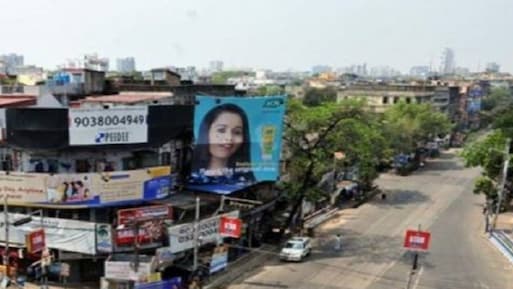 Amid concerns of an imminent third wave of Covid-19, the West Bengal government on Wednesday extended restrictions across the state till August 15. After overcoming a devastating second wave of Coronavirus, West Bengal is now bracing up for the third wave.

Filipino Leader Says Unvaccinated May be Shut In | Philippine President Rodrigo Duterte is warning that Filipinos who refuse to get vaccinated against the coronavirus will not be allowed to leave their homes as a safeguard against the more contagious delta variant. Duterte said in televised remarks Wednesday night that there is no law mandating such a restriction but added he is ready to face lawsuits to keep people who are throwing viruses left and right off the streets. The brash-talking president adds that for people who don't want to be vaccinated, well, for all I care, you can die anytime.

Six Fresh COVID-19 Cases Recorded in Ladakh |  Ladakh recorded six fresh COVID-19 cases taking the overall tally to 20,320 while 12 patients recovered bringing down the active cases in the region to 64, officials said on Thursday. Ladakh has registered 207 Covid-related deaths -- 149 in Leh and 58 in Kargil -- since the outbreak of the pandemic last year, while 20,049 patients have recovered till date. The officials said nearly 3,500 people were tested for COVID-19 in the twin districts on Wednesday and all the six new cases were detected in Leh, taking the infection tally in the district to 16767. Kargil had recorded a total of 3,553 cases.

6-member Central Team to Visit Kerala as It Still Reports High Number of Covid Cases | The Union Health Ministry will depute a six-member team to Kerala for effective COVID-19 management as the state reports a spike in daily cases. The team headed by National Centre for Disease Control (NCDC) Director S K Singh will reach Kerala Friday and visit some districts reporting a high case positivity rate, the Health Ministry said in a statement. In a tweet, Union Health Minister Mansukh Mandaviya said, "The Central government is sending six-member team to Kerala headed by NCDC Director. As a large number of COVID cases are still being reported in Kerala, the team will aid state's ongoing efforts in COVID-19 management."

More than 47.48 crore vaccine doses have been provided to States/UTs so far, and a further 53,05,260 doses are in pipeline. Of this, total consumption including wastages is 44,74,97,240 doses: Union Health Ministry pic.twitter.com/moL2fedecO What is a COVID-19 Vaccine 'Breakthrough' Case? It’s when a fully vaccinated person gets infected with the coronavirus. In studies, the two-dose COVID-19 vaccines by Pfizer and Moderna were around 95% effective at preventing illness, while the one-shot Johnson & Johnson shot was 72% effective, though direct comparisons are difficult. So while the vaccines are very good at protecting us from the virus, it’s still possible to get infected with mild or no symptoms, or even to get very sick. If you do end up getting sick despite vaccination, experts say the shots help reduce the severity of the illness — the main reason to get vaccinated.

Over 2.88 Crore Balance COVID-19 Doses Available with States, Pvt Hospitals: Centre | More than 2.88 crore balance and unutilised COVID-19 vaccine doses are still available with the states, UTs and private hospitals to be administered, the Union Health Ministry said on Thursday.  Over 47.48 crore vaccine doses have been provided to states and UTs so far through all sources and a further 53,05,260 doses are in the pipeline. Of this, the total consumption including wastage is 44,74,97,240 doses, the ministry said. More than 2.88 crore balance and unutilised COVID-19

Active COVID-19 Cases Register Increase for Second Consecutive Day | India logged 43,509 new coronavirus infections taking the total tally of COVID-19 cases to  3,15,28,114, while the active cases registered an increase for the second consecutive day, according to the Union Health Ministry data updated on Thursday. The death toll climbed to 4,22,662 with 640 fresh fatalities. The active cases have increased to 4,03,840 and comprise 1.28 per cent of the total infections, while the national COVID-19 recovery rate was recorded at 97.38 per cent, the data updated at 8 am showed. The daily positivity rate was recorded at 2.52 per cent, the ministry said, adding the weekly positivity rate was recorded at  2.38 per cent. An increase of 4,404 cases has been recorded in the active COVID-19 caseload in a span of 24 hours. Kerala will go under complete lockdown this weekend as the state reports a surge in coronavirus cases, leading to fear of an imminent third wave.

Andaman & Nicobar Reports Only One New COVID-19 Case | Andaman and Nicobar Islands reported only a single new COVID-19 case in the last 24 hours, pushing the union territory's tally to 7,531, a health department official said on Thursday. The archipelago now has seven active COVID-19 cases of which six are in the South Andaman district and one in the North and Middle Andaman district. The Nicobar district is now COVID-19 free as it has no active case, he said. Six more persons recuperated from COVID-19 during the period, taking the total number of recoveries to 7,395, he said.  The COVID-19 death toll in the archipelago remained at 129 as no fresh death due to the contagion was reported in the last 24 hours.

- New cases above 40k for the second consecutive day. Below 50k for the 32nd day

- Difference between new cases reported in the last 7 days and the preceding 7 days in India is -0.1% (world average is +7%) READ | Will Kerala be the Epicenter of India's 3rd Covid Wave? Resurgence Shows Battle Against Virus Far from Over 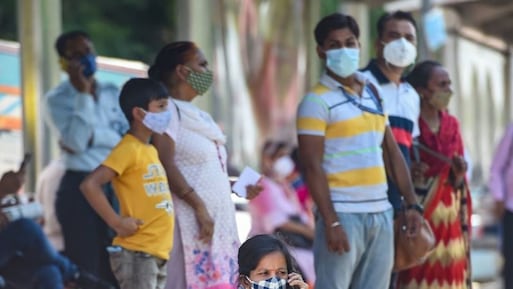 Things don’t seem to be going too well for Kerala.

Thane Logs 292 New Covid-19 Cases, 11 More Deaths |  With the addition of 292 new cases of coronavirus, the infection count in Maharashtra's Thane district has gone up to 5,43,814, an official said. Besides these new cases reported on Wednesday, the virus also claimed the lives of 11 more people, which pushed the death toll in the district to 11,009.  The COVID-19 mortality rate in Thane stood at 2.02 per cent, he added. In neighbouring Palghar district, the COVID-19 case count has gone up to 1,29,488, while the death toll has reached 3,190, another official said. 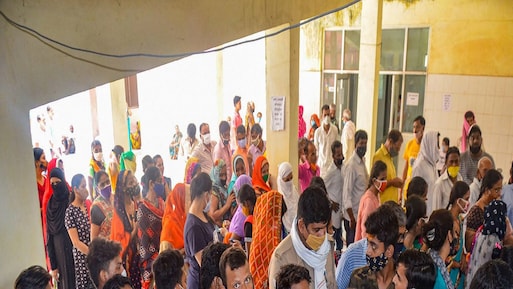 The Mumbai civic body on Wednesday decided to announce the vaccine slots on social media at 5:30 pm after a slew of complaints about the inconsistency of timings to book online vaccination slots.

24 New Games-related COVID-19 Cases Reported, Including 3 Athletes, Highest Ever So Far | The Tokyo Olympics organisers announced 24 new COVID-19 cases, including three athletes, the highest one-day figures so far. The fresh additions took the total number of Games-related cases to 193. Out of the 24, six are Games-concerned personnel and 15 are contractors, besides the three athletes.

Should Vaccinated People Mask Up with Cases Rising?

Should Vaccinated People Mask Up with Covid-19 Cases Rising? Yes. In places where the virus is surging, the U.S. Centers for Disease Control and Prevention recommends that vaccinated people return to wearing masks in public indoor places. The CDC recently announced the updated guidance, citing new evidence that vaccinated people who get breakthrough infections could carry enough virus in their noses and throats to infect others. COVID-19 vaccines greatly reduce the chance of severe illness and death and remain effective against variants, including the now predominant delta variant. But it's still possible to get infected.

08:03 (IST)
EXCLUSIVE | Quad Not on Military Lines, US Vaccines to India Depend on Regulatory, Legal Processes: Antony Blinken The Quad grouping is not on military lines, but like-minded democracies coming together on crucial issues of vaccine, climate change, and maritime security, said US Secretary of State Antony Blinken.

Bengal to Appoint Nodal Officers in Covid Vaccination Centres |  In the backdrop of the arrest of some persons for organising Covid-19 vaccination camps unauthorisedly using unused vials, the West Bengal health department on Wednesday decided to appoint nodal officers at vaccination centres to ensure no repetition of such incidents, an official said. The nodal officer would supervise the entire inoculation process in a centre, he said. "The nodal officer will also be keeping a tab on how many vials are used during vaccination and how many are returned. Even those used must be returned to the department," the official said.

Data from the Union ministry of health and family welfare shows the central government received a total of 1,194 applications from families of healthcare workers who died due to Covid-19 infections seeking life insurance benefits under the Pradhan Mantri Gareeb Kalyan Yojana. The maximum applications were received from Maharashtra.

The US health regulators again extended the expiration dates on Johnson & Johnson’s Covid-19 vaccine, providing health workers with six more weeks to use millions of doses of the shot. Bhutan has fully vaccinated 90% of its eligible adult population within just seven days, its health ministry said.

In a letter to J&J, the Food and Drug Administration stated that the shots remain safe and effective for at least six months when properly stored and refrigerated. It’s the second time the FDA has extended the shelf life on the vaccines since June. When first authorized in February, the FDA said the vaccines could be stored for three months at normal refrigeration levels. Meanwhile, health authorities in many states had recently warned that they could be forced to throw out thousands of doses of the one-shot vaccine without an extension.

Meanwhile, serosurvey by the Indian Council of Medical Research (ICMR) has revealed that at least two-thirds of the population surveyed in 11 states were found to have developed coronavirus antibodies. It was done between June 14 and July 6. Madhya Pradesh leads the chart with 79 per cent seroprevalence, while Kerala is at the bottom with 44.4 per cent. Seroprevalence in Assam is 50.3 per cent and Maharashtra 58 per cent.