The mass tree-felling move comes at a time when the air pollution levels in the city are at an all-time high.

New Delhi:How can the national capital afford the felling of over 16,000 trees for a housing project, the Delhi High Court asked on Monday.

Taking note of the views expressed by the court which appeared inclined to order an interim stay of the tree chopping process, the National Buildings Construction Corporation (NBCC), tasked with redeveloping half a dozen south Delhi colonies, agreed not to cut any tree.

The NBCC made the statement after a vacation bench of Justices Vinod Goel and Rekha Palli asked,"Can Delhi today afford cutting down of so many trees for a housing complex? We could understand if it was a road-widening work which is inevitable." 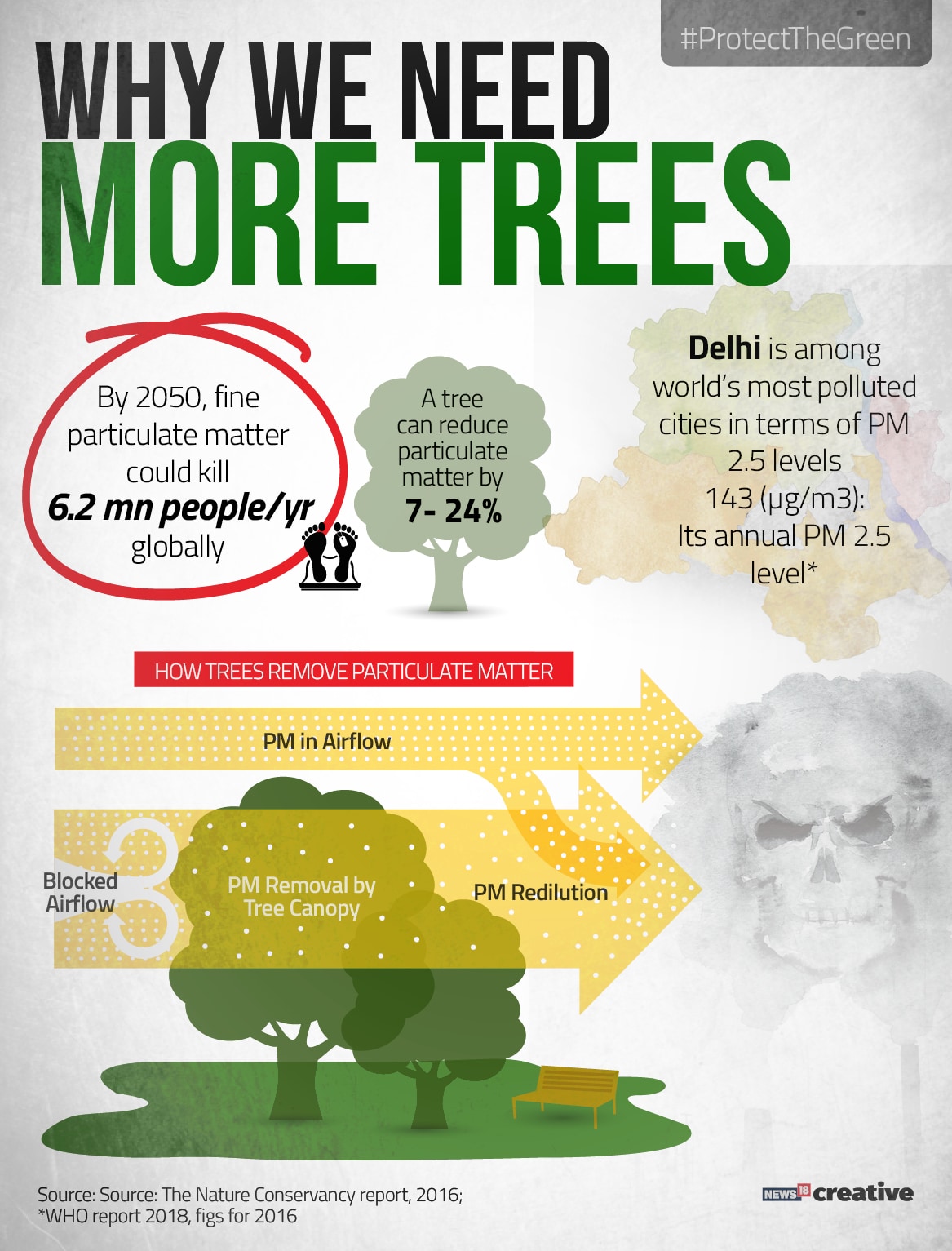 It initially asked NBCC to "stay its hands" till July 2 when a similar issue would be heard by the National Green Tribunal (NGT) and asked the petitioner, an orthopaedic surgeon, to approach the tribunal.

The court's observations came after the NBCC said the NGT had the jurisdiction to hear pleas challenging environment clearances (EC) granted to any project by the Centre.

NBCC, represented by senior advocate JP Seng, told the court that it has also deposited Rs 8 crore with the tree authority for permission to fell trees.

Central government standing counsel Ripudaman Bhardwaj, appearing for ministries of Environment and Housing, said the ECs given by the Centre were in accordance with the earlier orders of the NGT.

However, the petitioner's lawyer told the bench that the matter also involved permission given in November last year by the tree authority of the Delhi government to fell the trees and this decision cannot be challenged in the NGT. Thereafter, the court gave the petitioner, Dr Kaushal Kant Mishra, time till July 4 to amend his plea and challenge the tree authority's decision.

Since the court appeared inclined to give an interim order till the next date, NBCC made a statement that no tree will be felled till then. The court also made the tree authority of Delhi government a party in the matter.

The PIL has sought setting aside of the terms of reference (ToR) and EC granted to the project by the Environment Ministry, saying it would lead to felling of over 16,000 trees.

The six south Delhi colonies where the trees would be felled are Sarojini Nagar, Naoroji Nagar, Netaji Nagar, Thyagaraja Nagar, Mohammadpur and Kasturba Nagar, the petition has said. 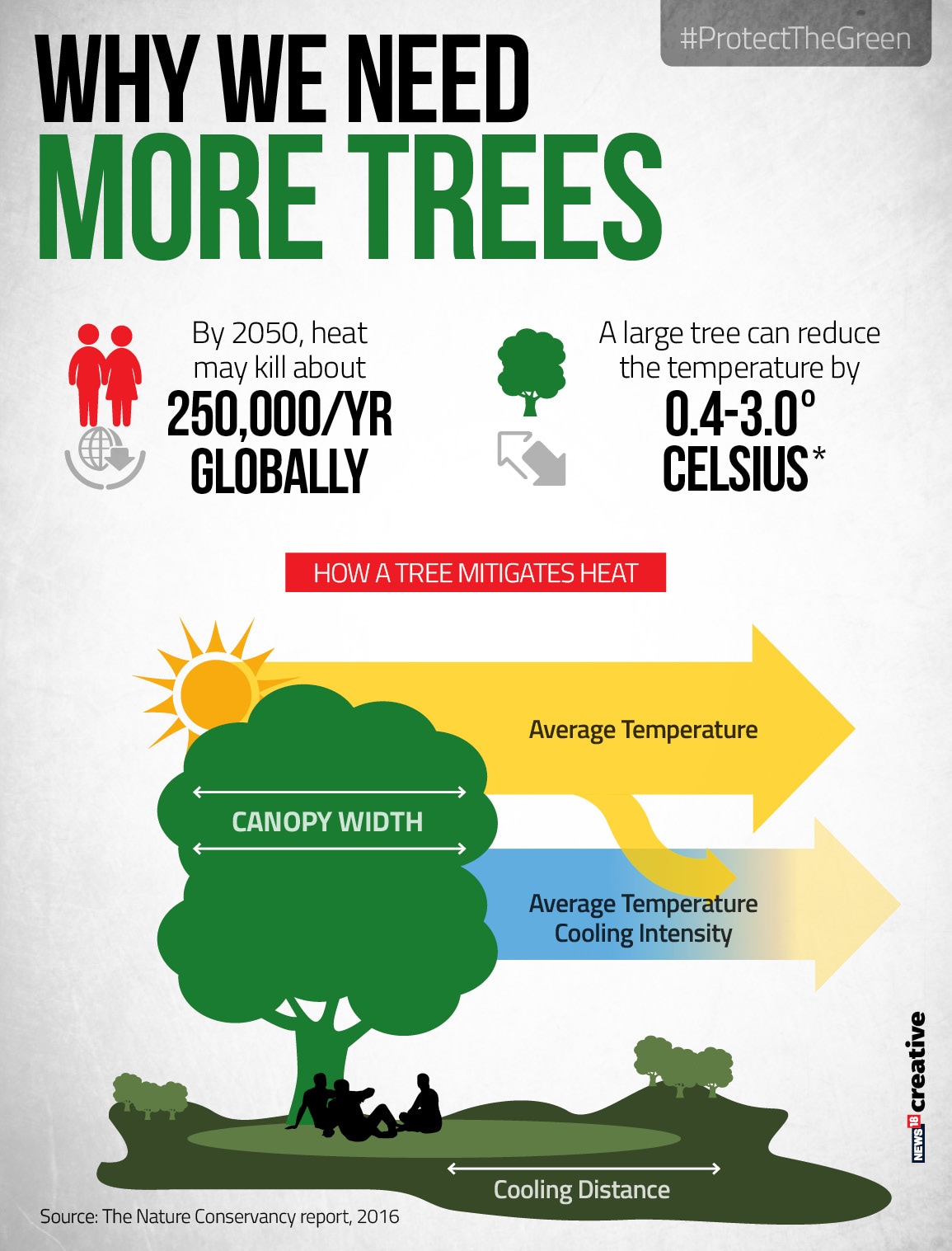 According to the petition, the separate ECs for each area were granted between November last year and June this year. The petition has claimed that planting of saplings in another location as compensatory afforestation would not reduce the burden which would be put on the environment due to the large-scale felling of trees.

On Sunday, about 1,500 protesters hugged the trees in Sarojini Nagar, launching their own ‘Chipko Movement’, a forest conservation movement where people embraced trees to prevent them from being cut in Uttarakhand (then Uttar Pradesh) in the 1970s.

The mass tree-felling move comes at a time when the air pollution levels in the city are at an all-time high with the current Air Quality Index level hovering around the unhealthy mark (between 150 and 200).