Road accidents are multi-causal and are often the result of the interplay of various factors like human error, road environment, and vehicular condition. (Representational Image: ANI)

At least 65 per cent of all the road accidents in 2020 in India occurred on straight roads and more than 70 per cent were under sunny or clear weather. Similarly, the number of deaths in these accidents was much higher than those on bad roads or due to odd weather, official data analysed by CNN-News18 shows.

India reported 3.66 lakh road accidents during 2020 that killed 1.31 lakh people and caused injuries to 3.48 lakh persons. At least 2.37 lakh accidents took place on straight roads, killing over 85,000 people. Further, more than 2.61 lakh accidents took place under sunny/clear weather that killed 88,239 people, according to the data from the union ministry of road transport and highways.

Generally, roads with sharp curves, potholes, and steep grades are marked as accident-prone because it takes skill, extra care, and alertness to negotiate these road features. “Vehicle speed tends to be high on straight roads in open areas which corroborates the high percentage of road accidents, persons killed and injured (varying in the range of 64-65%) on these roads in 2020. The data, however, suggests that road safety measures must not be ignored in even straight road stretches which are normally considered to be less risky,” the report reads. Road accidents are multi-causal and are often the result of the interplay of various factors like human error, road environment, and vehicular condition. Weather also affects road-surface conditions and the visibility of the motorist, thereby increasing the chances of mishaps. Adverse weather conditions such as heavy rain, thick fog, and hailstorms make driving riskier as visibility reduces and road surface gets slippery. 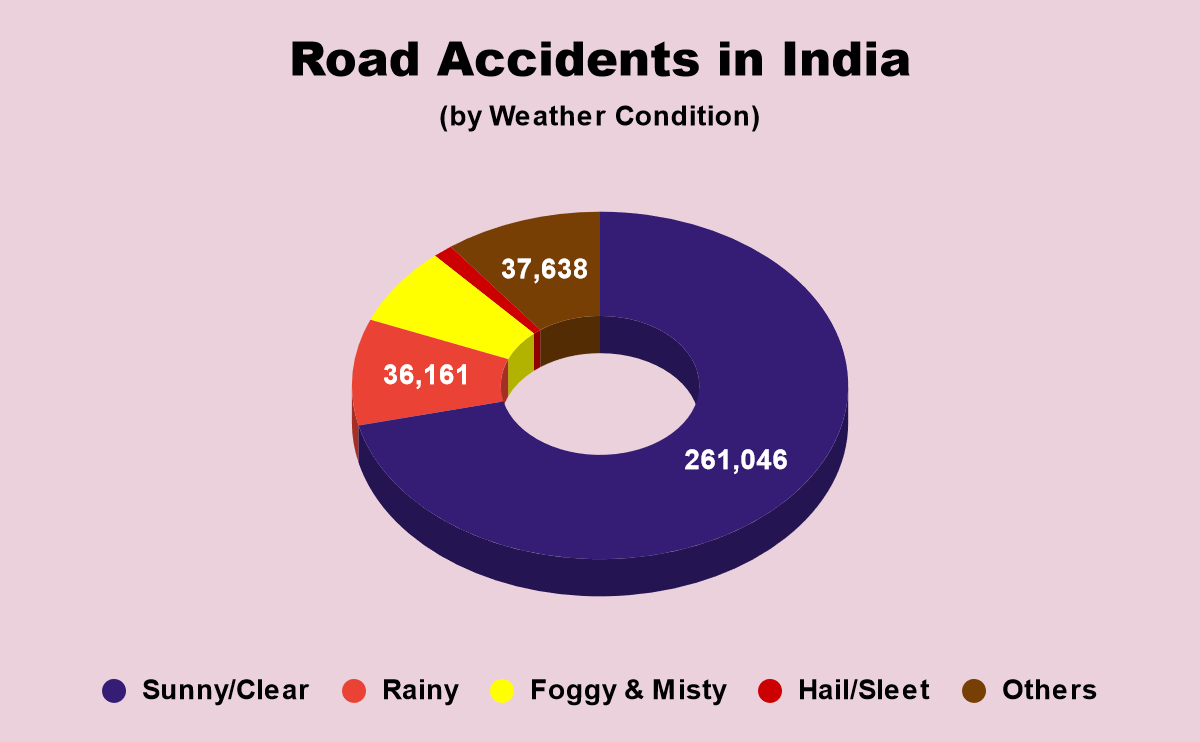 However, on the contrary, the data on road accidents for 2020 show that almost three-fourths of the accidents took place under sunny/clear weather while accidents under adverse weather conditions such as rainy, foggy, and hail/sleet accounted for only 18.4 per cent of total road accidents during the year. In the year 2020, India saw the lowest number of road accidents since 2000 and the least deaths since 2009. However, road accident severity, measured by the number of persons killed per 100 accidents, increased in 2020 to 36 – the highest since 2000.