Photo of CRPF jawan Rakeshwar Singh Manhas, who has been released from Naxals' captivity today.

Manhas was abducted by Maoists in Chhattisgarh’s Bijapur where the CRPF personnel were ambushed and attacked on April 3 leading to death of 22 jawans.

After receiving news that her father, CRPF soldier Rakeshwar Singh Manhas was released safely from the captivity of Naxals, five-year-old Raghvi’s excitement knows no bounds. “Main papa ko call karungi. Unko bolungi ke mere liye ek tent laaye (I will call my father and will ask him to bring a tent house for me),” she told CNN-News18 when informed about her father’s release from the custody of Maoist.

Earlier, she had made an emotional appeal to Naxals for her father’s safe return. Manhas was abducted by Maoists in Chhattisgarh’s Bijapur where the CRPF personnel were ambushed and attacked on April 3 leading to death of 22 jawans. 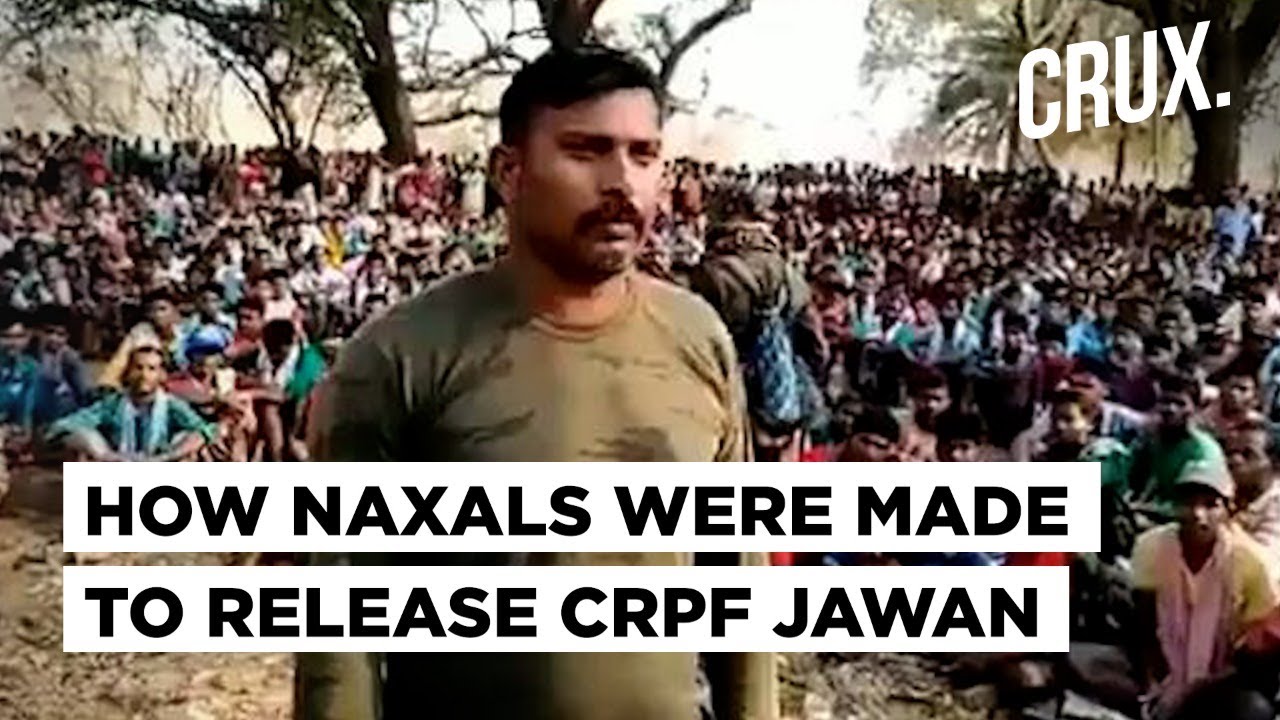 Manhas was released on Thursday around 4:30pm in the presence of social worker Dharampal Saini and Gondwana Samaj chief Gelam Boraiya — they were in talks with Maoists for the jawan’s safe return — and hundreds of villagers, according to a source. An 11-member team that went to bring Manhas back also had seven local journalists.

As soon as the family of Manhas got the news of his release, they burst into tears and celebrated the moment by raising slogans like ‘Bharat Mata Ki Jai’ and distributed sweets to all.

Thanking the government for its efforts, Meenu, the wife of the CRPF jawan said, “Finally God listened to my prayers. I am so happy and excited to know that my husband has been released. I am thankful to the government, the department and every individual who played a role in the release of my husband.”

“I spoke to my husband over phone. He is in hospital for a medial checkup,” she added.

His mother Kunti Devi also thanked the entire nation for standing with the family in such difficult times. “The past six days were very hard for the entire family. We all were worried, but now we are happy and relieved now that he has been released. His daughter is really excited and has been waiting for her father to return home. We all are now waiting for him to come home,” she said.

Sources said Manhas was brought to a camp in Tarrem — the area where the encounter took place. A CRPF official said Manhas will undergo health checkups and that he did not have any “apparent injury”. The jawan was admitted to Basaguda field hospital for medical examination.