Cyrus Mistry car crash, Who drove Cyrus Mistry car? What went wrong, The mishap occurred on a bridge over the Surya river. Two other persons travelling with Mistry, including the car driver.

Former Tata Sons chairman Cyrus Mistry was killed in a road mishap after his car hit a divider in Maharashtra’s Palghar district neighbouring Mumbai on Sunday. According to police, Mistry was travelling from Ahmedabad to Mumbai in a Mercedes car when the accident happened at around 3.15 pm.

A person named Jahangir Pandol who was also travelling in the car died in the mishap occurred on a bridge over the Surya river. Two other persons travelling with Mistry, including the car driver, were injured, and they have been rushed to a hospital in Gujarat. Read More

Mortal Remains of Cyrus Mistry being brought to Mumbai from Palghar

Mortal remains of Cyrus Mistry who was killed in a road accident in Maharashtra’s Palghar are being brought to Mumbai. 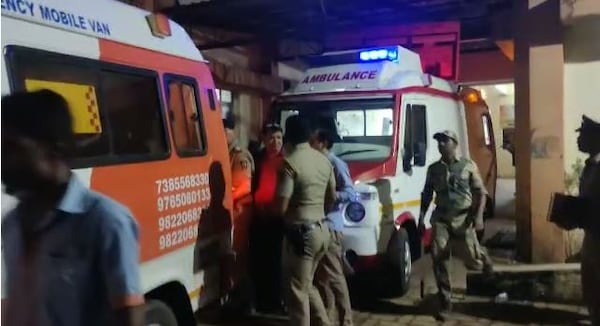 A well-known gynecologist in Mumbai was driving the car which crashed on a road divider on Sunday, killing former Tata Sons chairman Cyrus Mistry and another occupant of the vehicle, police said. Primary information suggests that the car was over speeding and tried to overtake another vehicle from the wrong side (from the left), news agency PTI reported quoting a police official. The gynecologist, Anahita Pandole (55), and her husband Darius Pandole (60) survived the crash, while Mistry (54) and Jahangir Pandole, brother of Darius, were killed in the accident. 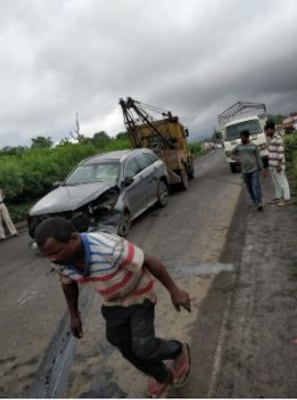 Minister of Road Transport & Highways Nitin Gadkari expressed condolences over the death of Cyrus Mistry in the road accident.

Deeply saddened to know about the unfortunate demise of Ex-Chairman of Tata Sons, Cyrus Mistry Ji in a road accident near Palghar, Maharashtra.

Sincerest condolences to his family members.

May he Rest In Peace.

Cyrus Mistry Death: How Safe is the Mercedes-Benz GLC SUV Involved in the Accident?

As can be seen from the visuals of the accident, Cyrus Mistry – who succeeded Ratan Tata as chairman of Tata Sons but was later ousted in India’s most high-profile boardroom coup – was travelling in a Mercedes-Benz SUV. Upon a closer look, it can be seen that the car involved in the accident is a first-gen Mercedes-Benz GLC. The car was first shown in India at the 2016 Auto Expo and was launched on June 2, 2016. Read More

Vice President Jagdeep Dhankhar offered his condolences on the death of Mistry and said his demise is a huge loss for India’s business community.

Deeply anguished by the sudden demise of Shri Cyrus Mistry in a car accident today. His death is a huge loss for India's business community. My heartfelt condolences to the bereaved family members and friends. May his soul rest in peace.

Cyrus Mistry One of the Best Business Minds of his Generation: Gautam Adani

Adani Group Chairman Gautam Adani mourned the loss of Cyrus Mistry and said he was one of the best business minds of his generation.

Shocked and saddened to hear of the passing of Cyrus Mistry. One of the finest gentlemen I have known, he was one of the best business minds of his generation. It is a tragic loss. He was called away too soon. My thoughts and prayers are with his family. Om Shanti. pic.twitter.com/Da2T77rolm

Expressing shock over Mistry’s death, Union Finance Minister Nirmala Sitharaman said that the business tycoon was committed to carrying forward and strengthening his business in infra and infra projects.

Shri Cyrus Mistry’s death comes as a shock. He was committed to carrying forward and strengthening his business in infra and infra projects. He desired to keep contributing to India’s economic progress. Condolences to his family and friends.

Cyrus Mistry was the brother-in-law to Noel Tata, Ratan Tata’s half-brother. Mistry’s father, a reclusive billionaire with an estimated wealth of $7.6 billion according to Forbes, paved the way for his younger son’s ascendancy to the top of a group founded by Ratan Tata’s great-grandfather, a Reuters report said. Read More

NCP chief Sharad Pawar said the death of Cyrus Mistry, “who represented the young generation of industries”, in a road accident was shocking and called for strict implementation of speed limit policy on highways.

“Even as the road conditions improved a lot over the last few years, driving vehicles at a high speed is increasingly becoming common nowadays,” news agency PTI reported quoting Pawar.

Cyrus Mistry's Death | According to the SP of Palghar, the car hit the divider on the #SuryaRiver. Cyrus Mistry's car was returning from Ahmedabad to Mumbai.@mihirz shares more details

Cyrus Mistry’s death has shocked everybody, garnering tributes from ministers, business tycoons, and politicians alike. Industrialist Harsh Goenka wrote, “So sad to hear of the shocking news of the passing away of #CyrusMistry in an accident. He was a friend, a gentleman, a man of substance. He was instrumental in creating the global construction giant Shapoorji Pallonji and ably led the Tata group.” Read More

‘It is devastating, he was solid, sturdy and a low-key guy, who’d work long hours’: @supriya_sule, NCP MP on #CyrusMistry‘s sad demise

Cyrus Mistry Created his Distinct Mark in the World of Business & Commerce with his Intelligence and Acumen: Maha Governor

Maharashtra Governor Bhagat Singh Koshyari expressed shock on the demise of former Chairman of Tata Sons Cyrus Mistry in a road accident today. He said Cyrus Mistry who represented one of the most successful business families in India had created his distinct mark in the world of business and commerce with his intelligence and acumen. “It is most unfortunate that he passed away within just about two months after the demise of his illustrious father Pallonji Mistry. With his demise, the world of business has lost one of the brightest stars on the horizon. I pay my homage to the departed business leader and convey my heartfelt condolences to the members of the bereaved family,” he said.

He Had a Passion for Life: Tata Sons Chairman Chandrasekaran Expresses Condolences Over Cyrus Mistry's Death

N Chandrasekaran, Chairman, Tata Sons mourned the death of Cyrus Mistry and said it is really tragic that he passed away at such a young age.

“I am deeply saddened by the sudden and untimely demise of Cyrus Mistry. He had a passion for life and it is really tragic that he passed away at such a young age. My deepest condolences and prayers for his family in these difficult times,” he said.

Former Tata Sons chairman Cyrus Mistry’s death in a road accident near Mumbai on Sunday evoked numerous tributes and condolences from across the political spectrum. Many took to Twitter to share them with NCP MP Supriya Sule among the first to react. She said the news of her “brother Cyrus Mistry’s” death was “devastating”. In a heartfelt tribute, union minister Smriti Irani said he was a “gentle soul, a man with a vision and a mission”. Read More

Maharashtra CM Eknath Shinde said former Tata Sons chief Cyrus Mistry was not only a successful entrepreneur but also was seen in the industry as a young, bright and visionary personality.

Maharashtra CM Eknath Shinde says "shocked to hear about the passing away of former Tata Sons chief Cyrus Mistry. He was not only a successful entrepreneur but also was seen in the industry as a young, bright & visionary personality. It's a great loss… My heartfelt tribute." https://t.co/mWOib54hKa pic.twitter.com/lULIMBxbnS

Cyrus Mistry Dies: Know About The 'Outsider' Who Made His Way To The Top Post At Tata Group

Cyrus Mistry Death LIVE Updates: The police said that prima facie, it looks like driver of Mistry’s car lost control of the vehicle. Mistry’s mortal remains have been kept at a government hospital in Kasa.

#BREAKING | It looks like the driver of Mistry’s car lost control of the vehicle: Police

Mistry’s mortal remains have been kept at a government hospital in Kasa: @vinivdvc shares more details

Cyrus Mistry, who succeeded Ratan Tata as chairman of Tata Sons but was later ousted in India’s most high-profile boardroom coup, was killed in a car accident in Maharashtra’s Palghar on Sunday, said police. His death has shocked everybody, garnering tributes from ministers, business tycoons, and politicians alike. Read More 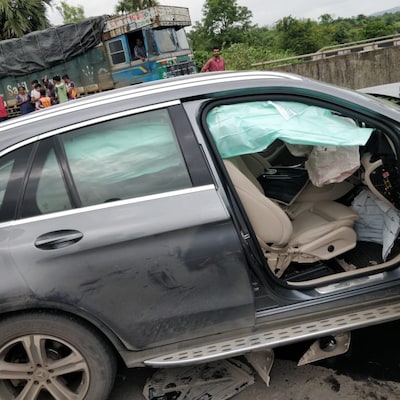 Cyrus Mistry Dies: Know About The 'Outsider' Who Made His Way To The Top Post At Tata Group

Mistry took over as Chairman of Tata Sons in December 2012 after Ratan Tata retired. However, in October 2016 he was ousted from the position followed by boardroom battles and a long-drawn legal battle.

Chandrasekaran was designated as Chairman of Tata Sons in January 2017 and took official charge in February 2017.