However, one farmer from Sangrur, Gurpreet Singh, stood out with his unique statement. Singh has decided to supply milk free of cost in his village as part of the 10-day agitation.

Punjab: Kicking off the 10-day all-India farmers’ agitation on Friday, farmers in Punjab restricted the supply of vegetables and milk.

Farmers across the state took to the streets after leaders of Bharti Kisan Union Rajewal took stock of mandis and markets in their respective areas, early in the morning.

In Machchiwara, vegetable stock from the shops and local mandi were taken away in a canter and donated to the Charan Kamal Sahib gurdwara. In another incident in Machhiwara, farmers stopped milkmen from supplying milk and spilled the milk on the roads despite requests by milkmen not to do so. They also tried to halt vegetable supplies.

Cultivators who had opted for crop diversification, that is growing crops other than wheat and paddy, are facing huge losses. Those into dairy farming are also in the same boat.

In Bhattiwal village in Sangur district, farmers refused to supply milk and drove their cattle out of their homes as a sign of protest against not getting suitable prices for milk.

Bikkar Singh and Karamjit Singh of the village said they had left conventional wheat and paddy crops for dairy but found that the cost is higher than the income.

“Cattle feed, fertilizer, and buying cattle incurs higher costs. This has pushed us to give up our cattle. With a heavy heart and folded hands we have said goodbye to our cattle," they said as cows roamed free on the streets.

Amritsar residents faced shortage in vegetable supply in the local markets. Many were hoarding vegetables since last evening leading to the shortfall today. They appealed for government help in this regard.

However, one farmer from Sangrur, Gurpreet Singh, stood out with his unique statement. Singh has decided to supply milk free of cost in his village as part of the 10-day agitation.

Going against the farmers’ collective decision to stop milk and vegetable supply for the next ten days, Singh not only distributed milk for free but also organised a ‘chabeel’ to distribute almond milk. 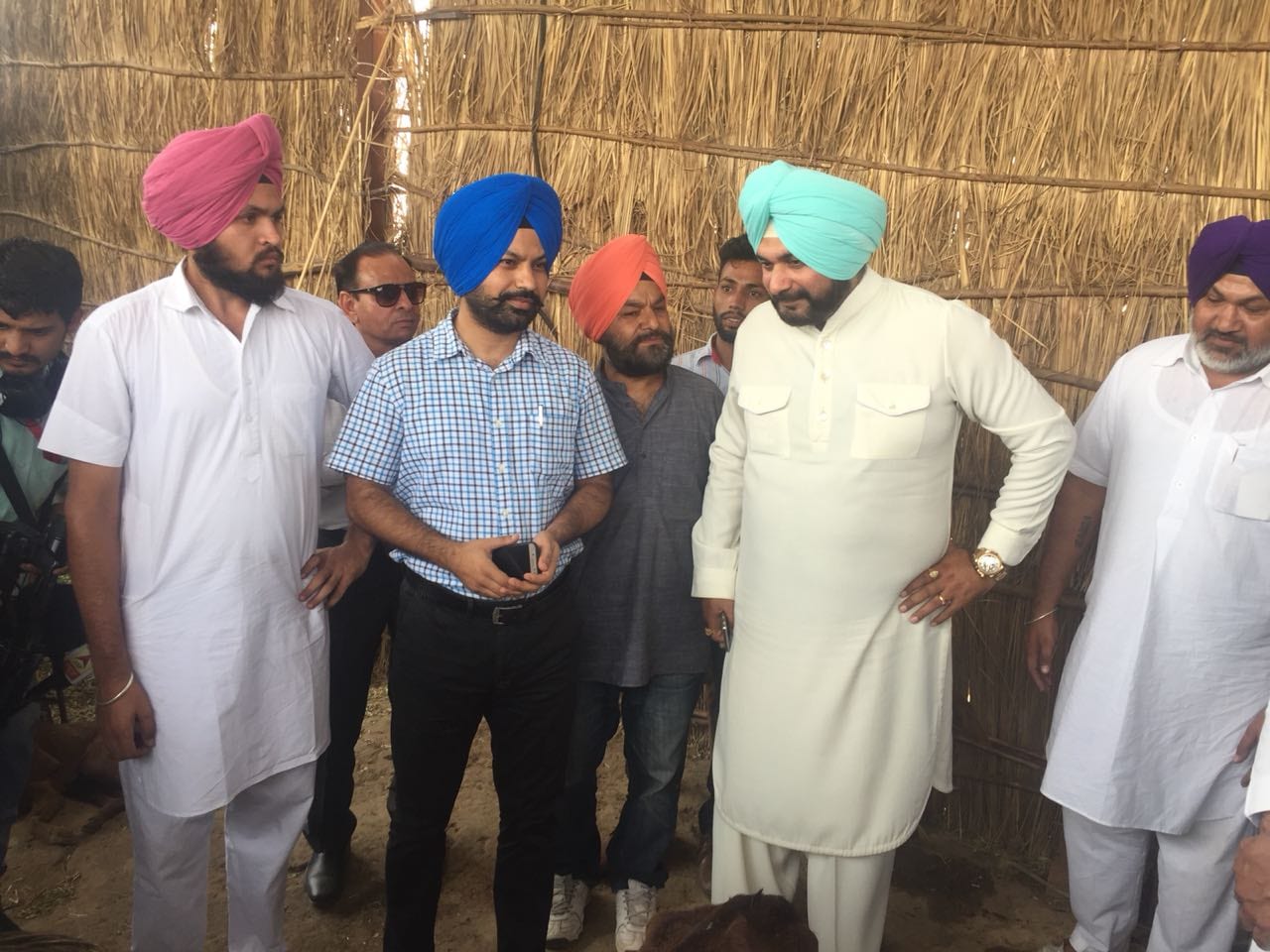 Accusing the Centre for not implementing the MS Swaminathan Report, the minister said that saving farmers was a must for India and that his actions were meant to emphasise the fact.

While blaming the Centre’s inability to ensure just prices for farmers which he claims was leading to farmer suicides in Punjab, Sidhu lauded CM Captain Amarinder Singh for waiving farm loans and ensuring smooth movement of crops from mandis.