Just like his skipper Virat Kohli, Royal Challengers Bangalore's star batsman AB de Villiers too feels poor execution of skills let the team down against Delhi Capitals, resulting in a 59-run drubbing in their last IPL match here. De Villiers was of the view that RCB came second best to DC in all departments of the game on Monday night.

Dubai: Just like his skipper Virat Kohli, Royal Challengers Bangalore’s star batsman AB de Villiers too feels poor execution of skills let the team down against Delhi Capitals, resulting in a 59-run drubbing in their last IPL match here. De Villiers was of the view that RCB came second best to DC in all departments of the game on Monday night.

Opting to bowl, RCB bowlers had an ordinary outing and were also not helped by butterfingered fielders, allowing DC to score an imposing 196 for 4. Later while clashing, RCB batsmen failed to rise to the occasion and were restricted to 137 for 9. “196 was definitely over par. You got to give credit to them (DC), they started very well in the first 6 but we did well to pull it back. I felt we were very slow to adapt with, our defensive bowling. It was one of those wickets where we needed to utilise the conditions and we gave away 20 over par,” de Villiers said.

All-rounder Marcus Stoinis was dropped on 30 by Yuzvendra Chahal, after which he went on to score a 26-ball 53 for DC. “It’s a combination of a few things. First of all they batted really well, so credit to them. We had an opportunity to put pressure on them but unfortunately we just didn’t execute very well. Its one of those days we didn’t get our skills absolutely right,” the South African star said. “We dropped a catch in the field, little bit of slackness in the field as well, couple of fumbles which cost us ultimately 20-30 runs. But then again we didn’t bat well at all. Just a bad day at the office I would say.” De Villiers also backed Kohli’s decision to bat first, saying they expected dew to play a role in the second half of the match but it didn’t. “The last game Chennai won chasing. It wasn’t as dewy tonight but we were expecting the ball to get wet in the second innings which would have made things little difficult for the Delhi bowlers. “We thought dew might come and make it tricky for them to control the run chase and that was reason to chase,” he said. After struggling for the last 12 seasons, DC is finally looking like title-winning side this year and experienced off-spinner Ravichandran Ashwin attributes the success so far to team effort. 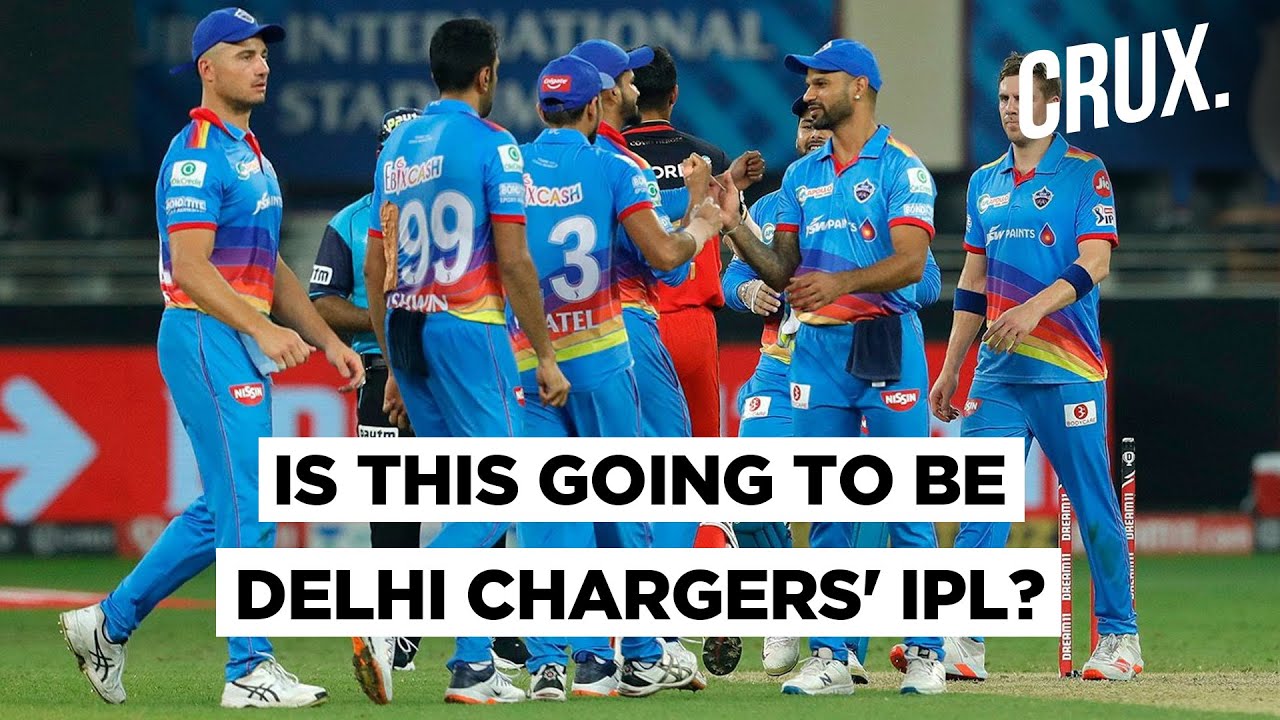 With four wins from five matches, DC is currently leading the IPL standings with eight points.

“I think we have got a pretty good side and everybody is putting their hands up. Initially we were a bit rusty getting into the tournament and for me it’s been five game to get my four overs out. It’s been a quite interesting year. Came really charged up and got off to a splendid start and then I bowled four overs for the first time today,” he said. “Everybody is chipping in and I still think there is a lot of room for improvement.” Ashwin also said a solid bench is also helping DC in its pursuit this year.

“He (Axar) always goes under the radar. He bowls those good overs and builds up the pressure for someone else to capitalise on the wickets. “That’s one of the beauty of this particular Delhi Capitals side. When I had shoulder injury, Amit (Mishra) came in and played the role and now when Amit is injured, Axar has come in played the role. So there is enough strength in that bench. “That bench is good enough to be another IPL team, it has that sort of quality. But Amit would be dearly missed in the team,” he said.