Defended Rafale Deal as I Did Not Want It to Go The Bofors Way: Former IAF Chief BS Dhanoa

The alleged pay-offs in procurement of a batch of Bofors guns in mid-1980s and its subsequent political ramifications had severely crippled defence procurement as bureaucrats were apprehensive of taking decisions on military purchases.

Former Chief of Air Staff B S Dhanoa on Wednesday welcomed the arrival of Rafales in India and said he defended the deal to procure the multi-role jets notwithstanding the political controversy to stop it from going the Bofors way.

The alleged pay-offs in procurement of a batch of Bofors guns in mid-1980s and its subsequent political ramifications had severely crippled defence procurement as bureaucrats were apprehensive of taking decisions on military purchases.

"I defended the deal as I did not want it to go the Bofors way. We were against politicisation of the defence acquisition process. It was a question of capability of the Air Force," Air Chief Marshal (retd) Dhanoa told PTI.

"I am very happy for the Indian Air Force as it (the Rafale) has given the Air Force a tremendous capability jump and technological asymmetry over our adversaries something which was missing for such a long time," Dhanoa said.

Dhanoa was succeeded by Rakesh Kumar Singh Bhadauria as the Chief of Air Staff in September last year. 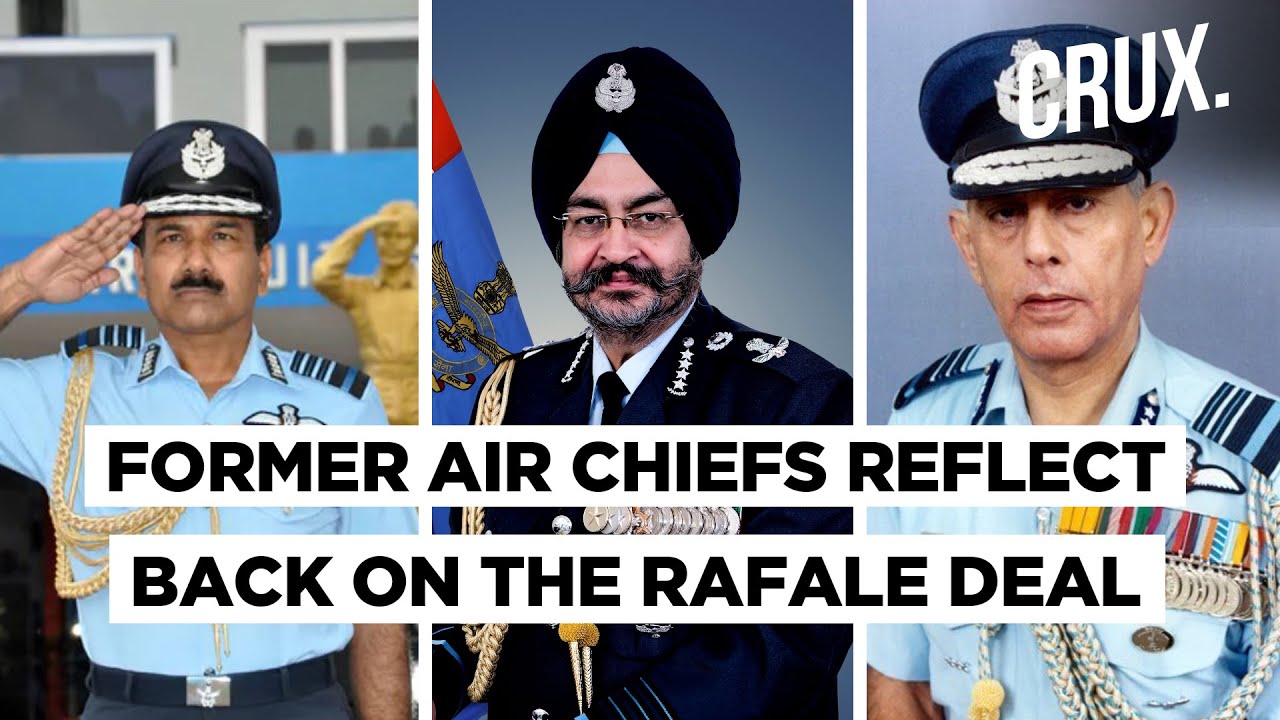 Air Chief Marshal (retd) Arup Raha, under whose tenure the mega deal was inked, said the induction of the fleet will bolster the IAF's capability, but added that the country needs at least 126 combat jets as envisaged earlier.

"It is a good aircraft. It is one of the best in the region. It is going to bolster IAF's capabilities in terms of aerospace power which has been dwindling for quite some time as there has been no induction of combat jets for quite sometime," he told PTI.

"The Rafale jets will increase the deterrence value. Our aim is not to fight a war unless we are forced to. It is to basically deter our adversaries and say that we will respond if you get on our wrong side," he added.

The former IAF chief said India needs to significantly enhance its air power capability and that the government should consider procurement of more Rafales or similar jets.

"We need at least 126 aircraft of similar kind. If we get Rafale, it will be better as inventory management will become easier. It will also help maintenance, training and deployment," he added.

"The arrival of Rafales is certainly significant. It is a very good beginning after a very very long break. The Rafales will boost our strike capability. It will be great if we get two more squadrons," he said.

One squadron comprises of at least 18 aircraft.

Both Dhanoa and Major said Rafale is a much superior aircraft than China's J-20s.

"The world does not know the capability of J-20s. You cannot really know and you will never know. The Rafale is a much more superior aircraft," Major added.

The Rafale aircraft is capable of carrying a range of potent weapons.

European missile maker MBDA's Meteor beyond visual range air-to-air missile, Scalp cruise missile and MICA weapons system will be the mainstay of the weapons package of the Rafale jets.

India began the process to buy a fleet of 126 Medium Multi-Role Combat Aircraft (MMRCA) in 2007 after the defence ministry, headed then by AK Antony, cleared the proposal from the IAF.

After a long-drawn process, bids were opened in December 2012 and Dassault Aviation emerged as L-1 (lowest bidder). In the original proposal, 18 planes were to be manufactured in France and 108 in India in collaboration with the Hindustan Aeronautics Ltd.

There were lengthy negotiations between the then UPA government and Dassault on prices and transfer of technology. The final negotiations continued till early 2014 but the deal could not go through.

The deal was sealed primarily to check the depleting combat capability of the IAF as the number of its fighter squadrons had come down to a worrying 31 against the authorised strength of at least 42.