New Delhi: The national capital banned generator sets, barring those being used in essential and emergency services, on Tuesday, as the air quality in several places in the city and adjoining areas slipped to "very poor" level.

"The image clearly demonstrates stubble burning points in Punjab and Haryana, along with other areas. Wind pattern forecast and variation in concentration of particulate matter charts are also being released. The image and charts are self explanatory," the environment ministry said in a statement. 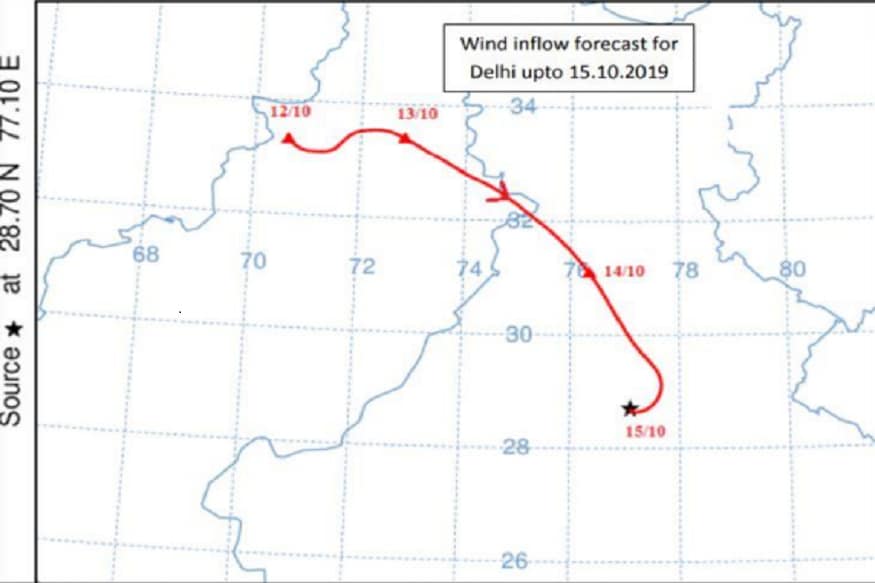 The ban on generators is a part of the Graded Response Action Plan (GRAP), a set of stricter anti-pollution measures to be taken according to severity of pollution, that came into force on Tuesday.

This is the first time that the ban on gen-sets has been extended to NCR cities of Gurgaon, Ghaziabad, Noida, Greater Noida, Faridabad, Sonepat, Panipat and Bahadurgarh.

The Centre-run System of Air Quality and Weather Forecasting And Research (SAFAR), in a report, said, "Delhi's overall air quality is in the higher end of the 'poor' category. It touched the 'very poor' category for a brief period on Monday night."

"Surface winds are slow and variable and the wind direction at the surface and transport height is south-southwesterly, which is not quite favourable for efficient transport of fire plumes towards Delhi. In this condition, drastic deterioration of air quality is not expected over the next two days," the report said.

The India Metereological Department said the city's air quality is likely to improve due to changing weather conditions.

"A fresh Western Disturbance is likely to impact the Western Himalayan region from October 18. It is likely to enhance the wind speed which will help disperse pollutants," said Kuldeep Srivastava, a senior scientist at IMD.

SAFAR said stubble burning incidents in Haryana, Panjab, and nearby border regions have shown an increasing trend over the last 24 hours.

Data available on SAFAR's website showed the share of stubble burning in the PM 2.5 concentration in Delhi was 5 per pent on Tuesday.

It is predicted to increase to 6 percent on Wednesday.

Meanwhile, the Delhi government wrote a letter to Union Earth Sciences Minister urging him to share SAFAR's technical expertise so that the city administration can take immediate corrective measures to curb air pollution.

The assertion came a day after the Supreme Court-mandated Environment Pollution (Prevention and Control) Authority said that local sources of pollution in Delhi, Uttar Pradesh and Haryana are the primary reasons for poor air quality that plagues the national capital every winter.