Swarms of desert locusts had reached Gurugram on Saturday morning as residents posted multiple show massive clusters of the insects flying in and covering the skies.

Huge swarms of crop-destroying locusts areas of the national capital bordering Gurugram on Saturday afternoon as the invading insects attacked farms and houses in Chhatarpur in south Delhi.

Swarms of desert locusts had reached Gurugram on Saturday morning as residents posted multiple show massive clusters of the insects flying in and covering the skies. 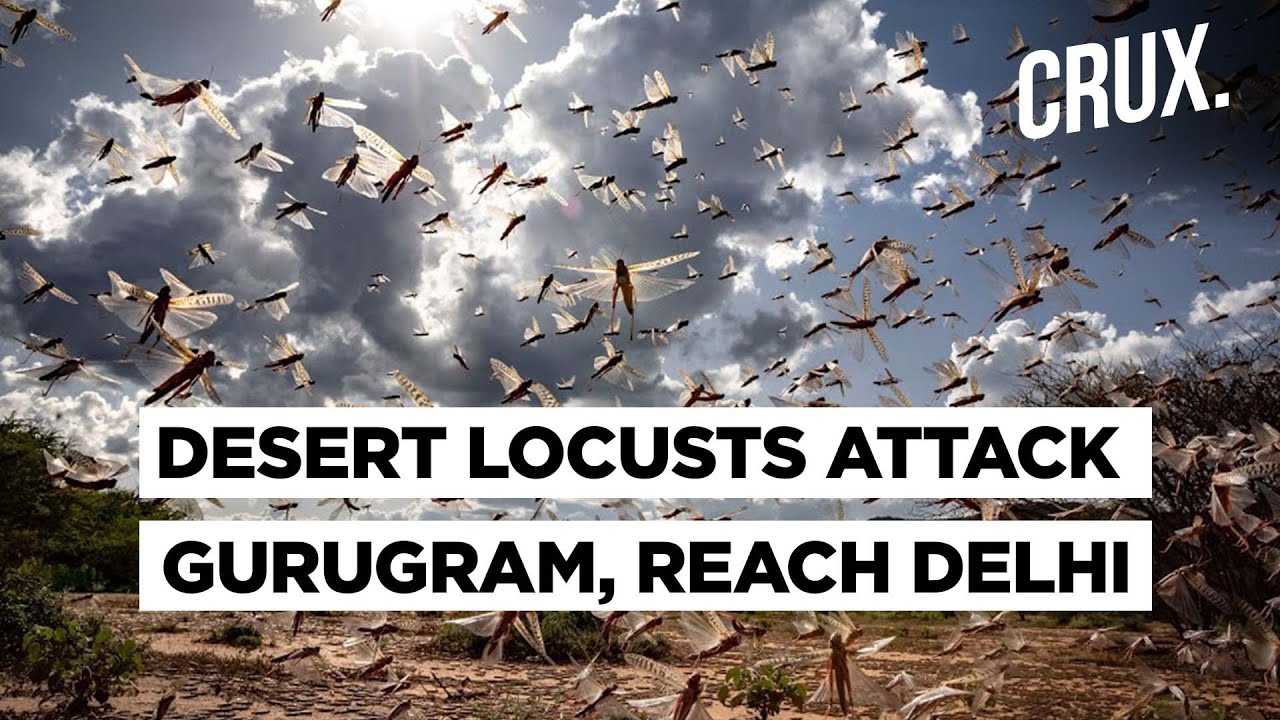 According to an official who attended the meeting, the minister was informed that a small swarm of locusts has also reached the Asola Bhatti area in South Delhi.

The Agriculture Department has been asked to issue a detailed advisory to all district magistrates and sub-divisional magistrates to deal with a possible locust attack in Delhi. Rai also asked the Forest Department to play DJs, beat drums and dhols to repel the swarms of locusts, the official said.

Rai has directed officials of the Agriculture Department to make field visits to areas close to Gurugram.

Officials have said the migratory pests are likely to spare the national capital for now and instead head towards Faridabad and Palwal in Haryana.

The swarms of locusts, spread across two kilometres, moved from west to east. They entered Gurugram around 11.30 am, said KL Gurjar of the Locust Warning Organisation, Ministry of Agriculture.

Alarmed at the invasion of the locusts, which settled on trees, rooftops and plants, many residents of Gurugram shared videos from their high-rise perches. At many places in Gurgaon, residents kept their windows closed to prevent the insects from entering homes.

In May, India battled a devastating desert locust outbreak. The crop-destroying swarms first attacked Rajasthan and then spread to Punjab, Gujarat, Maharashtra and Madhya Pradesh.

According to experts, broadly four species of locusts are found in India, desert locust, migratory locust, Bombay locust and tree locust. The desert locust is considered the most destructive.

It multiplies very rapidly and is capable of covering 150 kilometers in a day. This insect, a type of a grasshopper, can eat more than its body weight. A one square kilometer of locust swarm containing around 40 million locusts can in a day eat as much food as 35,000 people.

Experts blame the growing menace of desert locusts on climate change. They say breeding of locusts is directly related to soil moisture and food availability.