In an apparent attempt to defend themselves from swords seen during the farmers’ protest, several policemen were seen in the metal armoury on Sunday.

A day after photos of policemen armed with metal lathis and large arm guards surfaced online, the Delhi Police put out a disclaimer saying the policemen took the initiative on their own and no formal orders have been given for any new metal armoury. It also asked the police unit in question to explain their action.

The photos emerged after a policeman got injured while trying to subdue a man – reported to be a farmer – who was wielding a sword at Singhu on the Delhi-Haryana border. In an apparent attempt to defend themselves from such swords seen during the farmers’ protest, photos shared widely on social media showed several policemen from the Shahada unit in the metal armoury on Sunday.

“The images were from Shahdara district. A local officer asked for these metal lathis without seeking approval from any senior officers. As soon as senior officers found out, these were taken back. There is no scheme to provide policemen with steel lathis," the NDTV quoted a Delhi Police spokesman as saying. 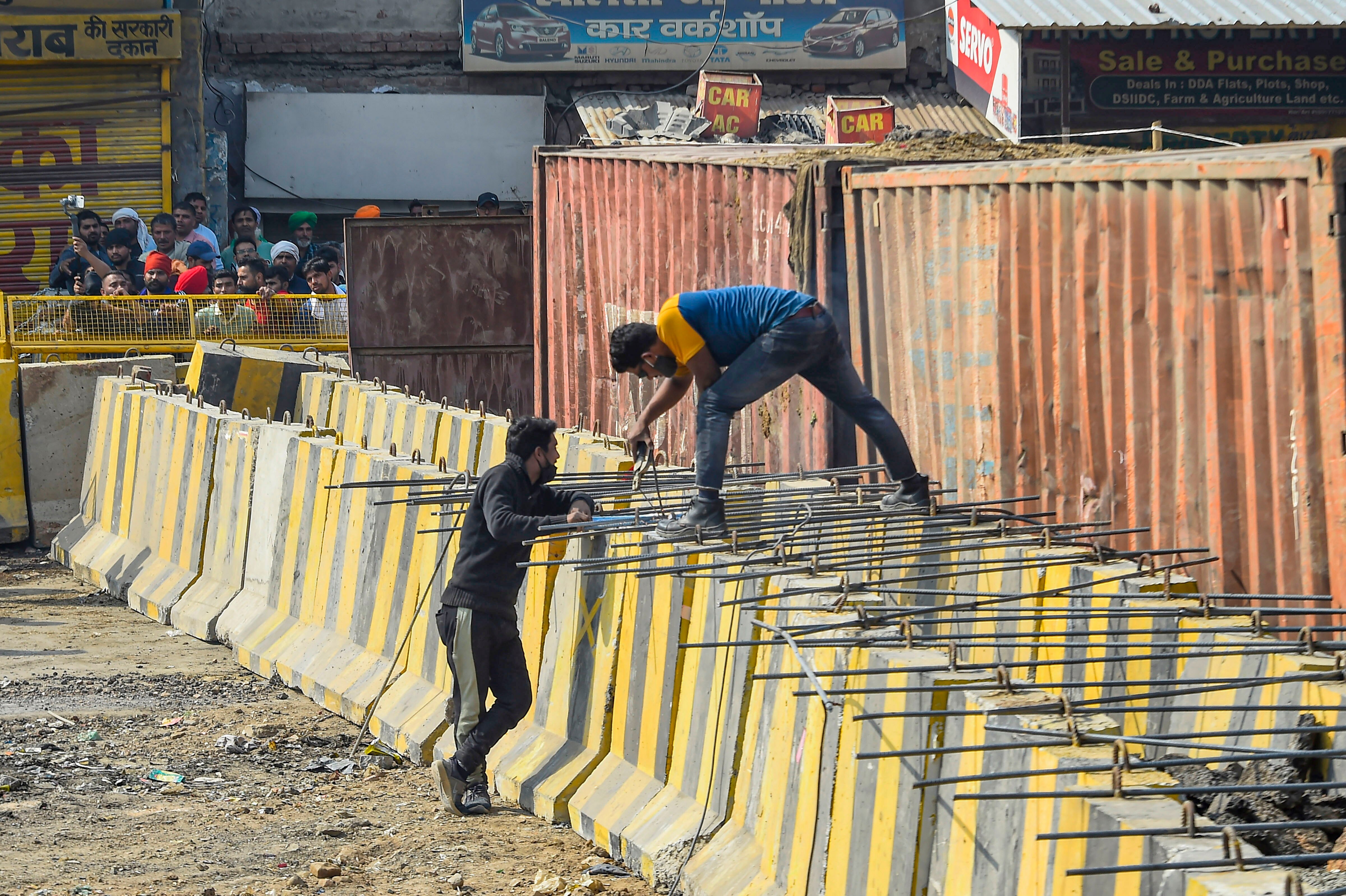 Meanwhile, the three major farmers’ protest sites — Singhu, Tikri and Ghazipur — were turned into fortresses by Delhi Police on Monday with multi-layer barricades, iron rods and heavy security deployment blocking the roads. The move is aimed to stop the movement of agitating farmers and comes days after the clashes between protesters and police turned violent during the tractor parade on January 26.

Farmers’ unions agitating for repeal of central farm laws had on Monday announced national-wide road blockade on state and national highways for three hours (12-3 PM) on February 6 even as agriculture minister Narendra Singh Tomar said the Budget cleared all doubts over contentious issues relating to the legislations and appealed to farmer leaders to think about it positively.

Announcing the SKM’s plan of road blockade for three hours (12-3 pm) on February 6, farmer leader Darshan Pal said the Morcha has given the call for ‘Chakka Jam’ in protest against the three farm laws, the government’s repressive measures against the protesters and the reduction of budgetary allocation for the farm sector.