People wait to give their nasal swab samples for COVID-19 test in New Delhi, India, Tuesday, July 28, 2020. India is the third hardest-hit country by the pandemic in the world after the United States and Brazil. (Image: AP Photo/Manish Swarup)

According to authorities, the COVID-19 recovery rate in Delhi has increased to over 89 per cent, while the case positivity rate in the last 24 hours was 7.54 per cent.

The national capital on Sunday reported 15 new COVID-19 deaths, the lowest in a month, and 961 fresh cases, with Chief Minister Arvind Kejriwal asking all personnel concerned to keep up with the hard work to ensure that the downward trend continues.

According to authorities, the COVID-19 recovery rate in Delhi has increased to over 89 per cent, while the case positivity rate in the last 24 hours was 7.54 per cent.

The city's death toll due to the viral infection was 4,004.

In the last 24 hours, 961 instances of the infection were reported and 1,186 patients have recovered.

"Deaths in Delhi come down to 15. Less than 1000 cases. Let's all keep working hard to ensure that the downward trend continues (sic)," Kejriwal said in a tweet. 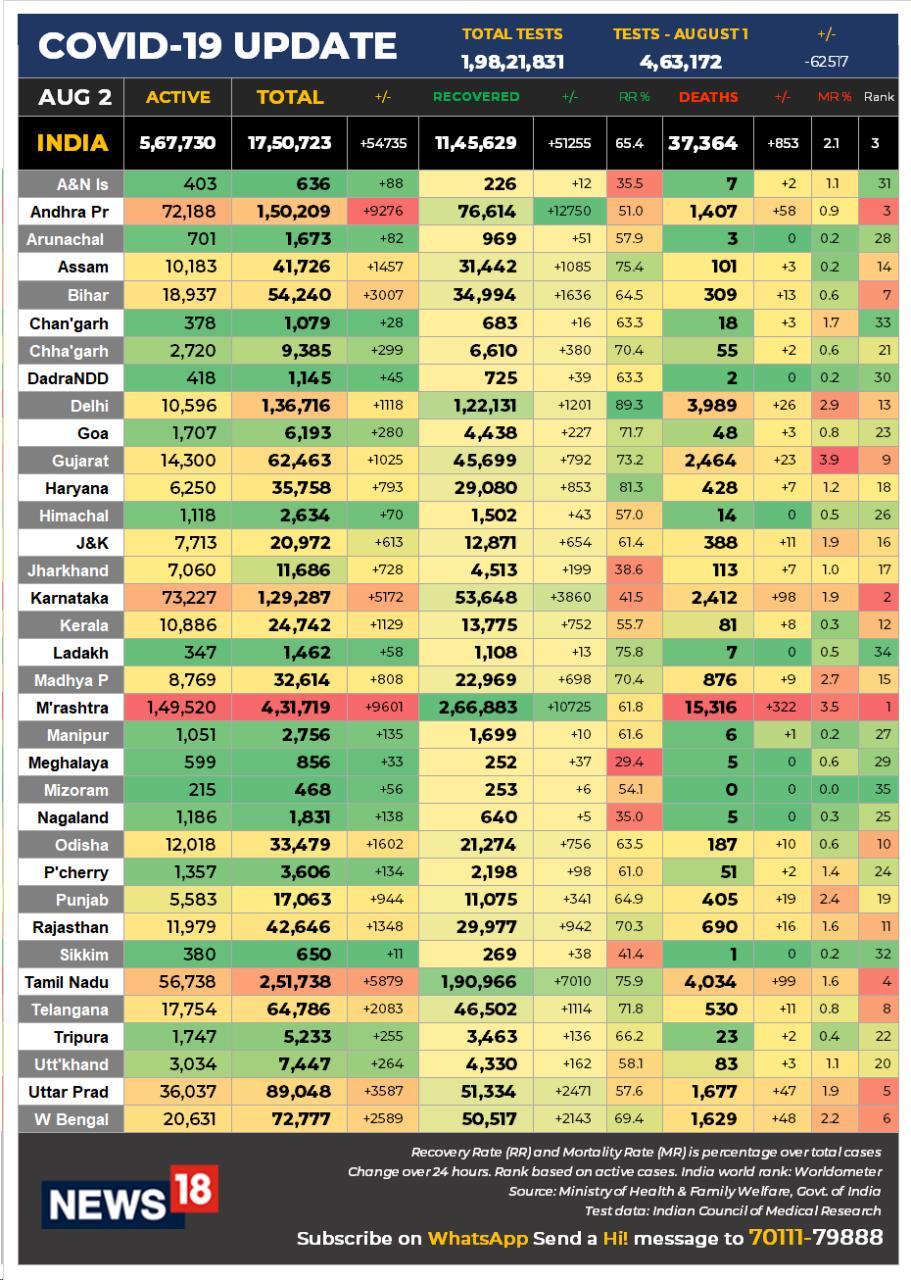 Meanwhile, the serological survey for a comprehensive assessment of the COVID-19 situation continued in the national capital on Sunday for the second consecutive day. Those who were part of the previous survey have been excluded this time.

Twenty-five per cent of the fresh samples in all districts will be taken from people aged 50 years and above, according to a standard operating procedure prescribed for the study. Each team is to collect 25 to 40 samples daily.

A total of 4,289 RT-PCR and 8,441 rapid-antigen tests were conducted in the city in the last 24 hours, the authorities said. The number of tests conducted on Saturday was comparatively fewer because of Eid al-Adha.

However, testing figures have risen in the national capital since June 15 while the rapid antigen tests were started from June 18.

So far, 10,63,669 tests have been conducted - 55,982 tests for every 10 lakh population, according to the authorities. Over the last week, the number of new cases has grown by less than one per cent every day.

Delhi Hotel and Restaurant Owners Association said that owners of around 3,000 budget hotels and guest houses had to let go more than 75 per cent of their staff due to COVID-19 pandemic and are now staring at bankruptcy with unpaid bills running into lakhs.

Preparations On For I-Day Ceremony Amid COVID-19 Pandemic, Only 4000 Guests Invted | CNN News18

So severe is the situation that the president of the association, Sandeep Khandelwal, claims he himself was being unable to pay his house rent.

The Arvind Kejriwal government last Thursday allowed hotels to resume "normal functioning". The next day, the LG, however, overturned the AAP government's proposal saying the situation continues to be "fragile" and the threat is still "far from over".