Police have filed the chargesheet against 15 accused in the case related to ‘larger conspiracy’ in the communal violence in northeast Delhi in February.

Police have filed the chargesheet against 15 accused in the case related to ‘larger conspiracy’ in the communal violence in northeast Delhi in February. “During the investigation, it has come to notice that during the period December 1, 2019 to February 26, 2020, total Rs 1,61,33,703 was received by the accused persons Ishrat Jahan, Khalid Saifi, Tahir Hussain, Shifa-Ur Rehman and Meeran’s Haider through bank account or cash. Out of the total Rs 1.61 crores, Rs 1,48,01186 was withdrawn as cash and spent in managing the protest sites as well to execute the conspiracy hatched in riots in Delhi,” the chargesheet said.

The document claimed that on further investigation it has been found that on December 10, accused Ishrat Jahan received Rs 4 lakh in her bank account from a corporation bank account. On investigation, account was found in the name of Mahadev Vijay Kaste from Maharasthra, it said, adding that during his examination Kaste disclosed that he does not know Jahan directly and he works as a driver for Sameer Abdul Sai, a resident of Maharashtra. 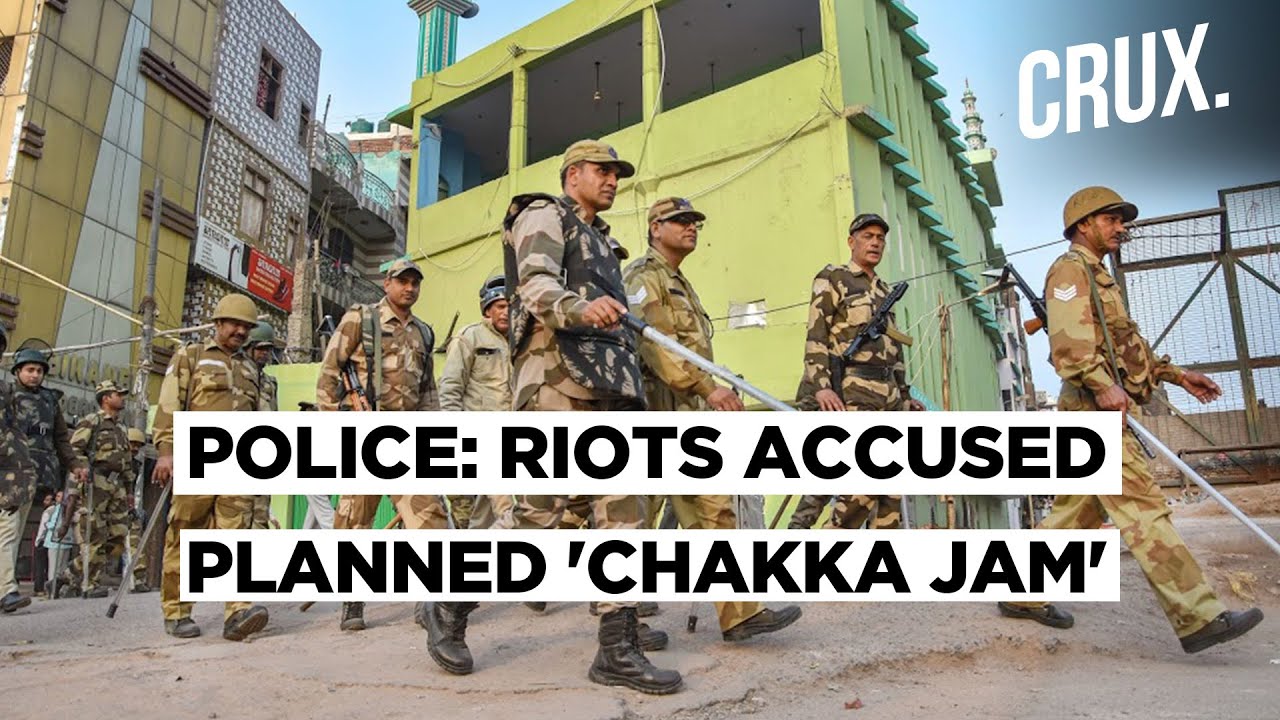 It further alleged that Sai disclosed during the examination that Imran Siddiqui from Ghaziabad in Uttar Pradesh was his business partner. “On December 9, 2019, Imran had given three bank account numbers belonging to Jahan, Gulzar Ali and Bilal Ahmad and asked him to transfer Rs 10 lakhs to these 3 accounts urgently. As he showed his inability to transfer Rs 10 lakhs, he insisted for Rs 5 lakhs to Jahan’s account urgently,” it said.

Police further alleged that Imran, brother-in-law of Jahan, disclosed that he took Rs 4 lakh from his sister-in-law for some business. “He did not mention in his IT return that he has taken a loan of Rs 4 lakh from Jahan. He did not give any satisfactory answer regarding expenditure/use of that money,” police said.

Police further alleged in their chargesheet that on scrutiny of bank accounts of Jahan, it was found that on January 10, 2020, there was a cash deposit of Rs 1, 41,000 in her account by herself. “During interrogation, she could not explain the source of this amount. On scrutiny of the bank statements, it has been found that Jahan has withdrawn Rs 4,60,900 as cash from her bank account.”

During investigation, it was found that Jahan had used this money to manage the protest sites and in purchasing the weapons through accused Abdul Khalid. The weapons were used during the riots, the chargesheet alleged.

During the investigation, two bank accounts of accused Tahir Hussain’s company and one bank account, which belongs to his brother-in-law and partners of his company were investigated, it claimed.

On the analysis of this account, it was found that during this period of December 1, 2019 to February 26, 2020, Rs 17,25,000 was withdrawn. It was further found that Rs 20 lakh on Jan 7, Rs 10 lakh on Jan 13 and Rs 16 lakh and Rs 14 lakh on Jan 14, were transferred through RTGS in the account from Sri Sai Traders. In this regard, the owner of Sai Traders, Jitender and the brokers namely Roushan Thakur, were examined and their statements were recorded, it said. From the statements of the witnesses, it was found that the Hussain converted Rs 60 lakhs into cash through the channels against the commission, the chargesheet said.

From the statement of the protected witnesses and from the disclosure statement of the accused Tahir Hussain it was found that accused Hussain had spent huge amount of cash in running the protests, mobilizing of the people for riots and procuring the materials, which was later used in the riots, the chargesheet alleged. It further said that during investigation, it was found that Alumni Association of Jamia Millia Islamia (AAJMI) has played a crucial role through its president Shifa Ur Rehman in the protests and riots which happened in Delhi.

“During its investigation, it has come to the notice that AAJMI has two bank accounts. The bank account statements’ analysis has found that from December 1, 2019, to February 26, 2020 Rs 87,500 were credited in an Indian Bank account, out of which, Rs 37,500 was credited to this account through an online transfer and Rs 50,000 were credited as cash deposits. During investigation, accused Rehman had disclosed that he had deposited Rs 50,000 in cash amount in the account of AAJMI through someone whose name he could not remember. He had withdrawn Rs 70,000 from this account for the expenses of the ongoing protests,” it claimed.

Analysis of the second bank account showed that during December 1 to February 26, 2020, Rs 4,41,059 was credited online in this account and Rs 60,600 was withdrawn during this period, it stated. Rehman had disclosed that he withdrew Rs 60,000 from his bank account for managing the protests going on against NRC/CAB, it alleged.

Police further said the office of AAJMI was raided and documents were seized, whose analysis have shown that AAJMI had received Rs 7,60,000 as cash during this period. It was found that out of the total amount, Rs 5,55,000 was received from the alumni working abroad, that is Saudi, UAE, Oman and Qatar.

The police have relied on the statement of a protected witness who stated that Rehman had spent this money in the ongoing protest.

During verification of seized documents, fake bills and expenses in the name of AAJMI to the tune of Rs 1,69,554 were found on verification. This showed that the accused had tried to cover up his mistakes. Further investigation in this regard is going on, it stated.

The chargesheet further said Haider had one Indian bank account and its analysis showed that from December 1, 2019 to February 26, 2020, he received Rs 86,644 in his bank account through online transfer.

On April 6, 2020, a register was seized from Haider’s room on which it was found that he has received Rs 4,82,500. Out of the total cash amount, Rs 50,000 was handed over by one Tanveer Ali, on behalf of a Dubai based resident. Ali disclosed to the police that in mid-February 2020, Haider asked him for Rs 50,000 that he needed for protests in CAA/NRC. Meeran Haider had also received Rs 1,05,000 as cash from a Saudi Arabia based resident. Out of the total amount Rs 3,33,000 was received at the instance of accused Meeran. During investigation, it was found that he distributed Rs 2,86,000 to the Muslim community for the purpose of instigation of riots, it alleged.