File photo of security forces patrolling a street in New Delhi after the riots in February. (Reuters)

The chargesheet does not mention the names of Umar Khalid and Sharjeel Imam as accused. Since they were arrested a few days ago, their names will be in the supplementary chargesheet.

The special cell of the Delhi Police on Wednesday filed a chargesheet against 15 accused in a case of Delhi riots under various sections of the Unlawful Activities (Prevention) Act, Arms Act and the Indian Penal Code (IPC). The chargesheet filed at Karkardooma Court is over 10,000 pages.

Communal violence had broken out in northeast Delhi on February 24 after citizenship law supporters and protesters clashed with each other in the area, leaving 53 people dead. 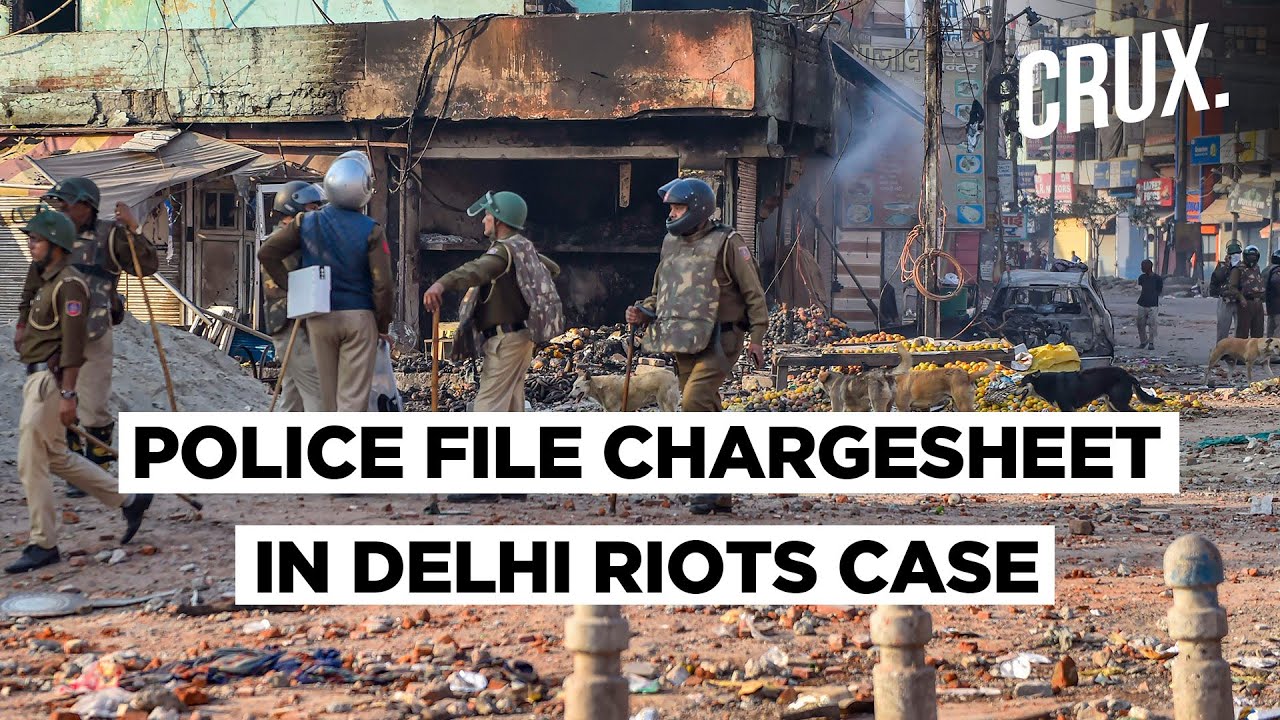 Following the violence, the body of Intelligence Bureau staffer Ankit Sharma (26) was found in a drain in Chand Bagh, where he lived. The police had arrested Hussain in the case.

The police chargesheet, including its annexure, runs into 17,500 pages. The police have included 747 witnesses in the chargesheet and are relying on technical evidence, WhatsApp chats and Call Data Records (CDRs). The supplementary chargesheet will be filed later when the investigation progresses further.

The police have mentioned the WhatsApp chats of February 24 as evidence in the chargesheet. “That was the time when riots were happening. At that point, the key conspirators were guiding their foot soldiers about violence in the area. They were directly in touch with foot soldiers,” they said.

The police added that the conspirators used a WhatsApp group, now closed, to instigate violence in Seelampur and Jafrabad area. Twenty-five WhatsApp groups were especially created for each site. The impression was given that they were an anti-CAA protest group, but through these cites conspirators were being guided, said the police.

Deputy Commissioner of Police (Special Cell) Pramod Singh Kushwaha had earlier said riots were the result of a “planned conspiracy” because during the investigation the police found a common pattern followed by the anti-CAA protesters: that of blocking road traffic.