Babu Lal Tailors is the only tailoring shop in Ayodhya authorised to stitch clothes for the deity. Two brothers, Shankar Lal Srivastava and Bhagwat Prasad ‘Pahadi’, are carrying forward the family legacy.

Many devotees across India eagerly await the ceremony for the laying of the foundation stone of the Ram temple in Ayodhya on August 5. Few would be as elated as the fourth generation of a tailoring business in the holy city. That's because they are busy stitching clothes to be worn by Ram Lalla on the auspicious occasion. Babu Lal Tailors is the only tailoring shop in Ayodhya authorised to stitch clothes for the deity. Two brothers, Shankar Lal Srivastava and Bhagwat Prasad ‘Pahadi’, are carrying forward the family legacy. They only stitch clothes for deities and seers.

Elder brother Bhagwat Prasad says he is very happy with Prime Minister Narendra Modi coming to Ayodhya on August 5. “The Prime Minister is coming here on a very holy day. This occasion has finally come after a long wait. The struggle for Ram temple started when he was not even born," he said. 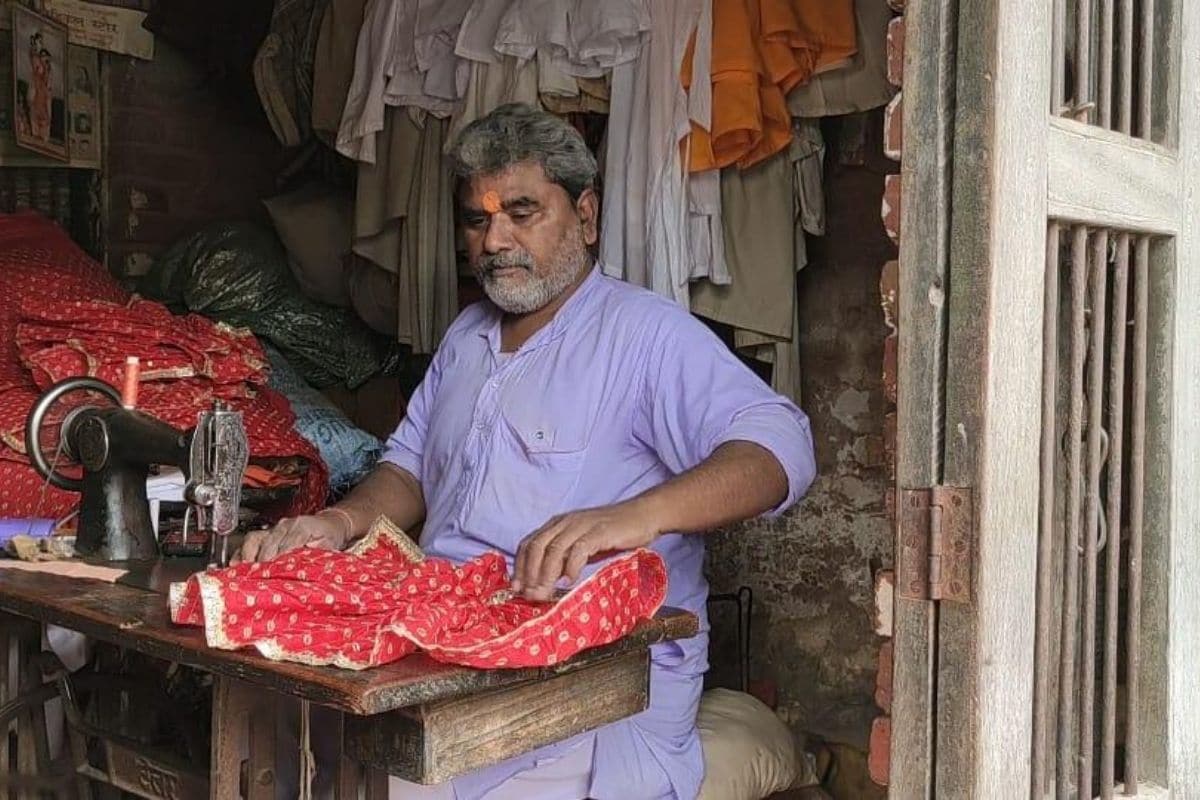 At the eight-by-six-feet shop of Babu Lal Tailors in Badi Kutiya locality of Ayodhya, sitting next to Bhagwat Prasad was his younger brother Shankar Lal. “Our family has been stitching clothes for Lord Ram for four generations,” he said. The brothers were preparing the clothes to be worn by Ram Lalla on the day and were elated that the entire country and parts of the world would witness the occasion live on television, as Doordarshan would broadcast it.

The brothers reminisced on how their father Babu Lal used to take his sewing machine to the Ramjanmabhoomi premises to stitch the clothes of Ram Lalla. The exact measurements of the deity are purportedly only known to this family, which has been decking up the idol for decades now. “Our father passed away in 1994, after which we brothers have been stitching the clothes for Ram Lalla. Earlier when my father was alive, he used to take this sewing machine to the Ramjanmabhoomi and stitch the clothes then and there. However, now the clothes for Ram Lalla are stitched here at our shop, and then taken there,” said Shankar Lal.