Does Trump Really Love 'Indians' or Are Desi Voters Just Props for Re-election?

A woman wears a mask depicting U.S. President Donald Trump during the "Namaste Trump" event at the Sardar Patel Stadium, in Ahmedabad. (Reuters)

"Indian people" are Donald Trump's friends and supporters. This is a statement the US President has often made, accompanied by continued assurances of his "good" relationship with Indian Prime Minister Narendra Modi, since his Democratic opponent Joe Biden chose Indian-origin Kamala Harris as his vice-presidential nominee. Trump even participated in a rare naturalisation ceremony two weeks ago, where five immigrants, including a software developer from India, were sworn in as American citizens.

However, since the pandemic began, Trump's immigration policies have moved in a direction parallel to his statements. In June, the US President instructed his administration to "reform" the H-1B visa system and shift towards merit-based immigration, a move which could prove to be a major setback to many Indian professionals. Just a day ago, the Department of Homeland Security (DHS) sent a new H-1B visa regulation to the Office of Management and Budget (OMB) for final review. As the restrictive regulation moves forward, here's Trump's balance sheet vis a vis a populace he has been claiming the friendship of, ahead of the November US Presidential Elections. 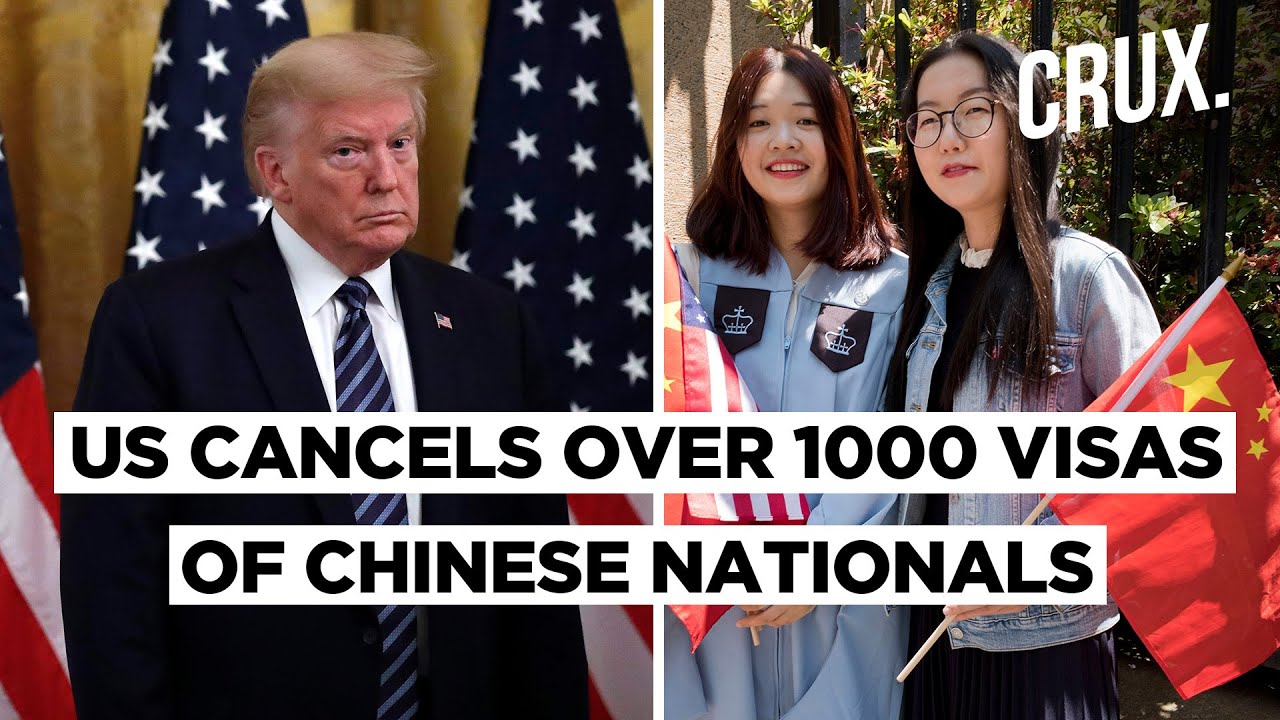 While campaigning for the US Presidency in 2016, Trump laid focus on making 'America First' in his list of priorities. After winning, his administration passed an executive order on what Trump said were two simple rules - 'Buy American' and 'Hire American'. The order promised to "promote the proper functioning of the H-1B visa program" and reform the system so the "most-skilled" were awarded the visas.

After the order, the Economic Times reported how Indian IT services companies working at client and third-party sites in the US faced increased scrutiny by the US government. At that time, Nasscom raised caution against such probes after top Indian IT services companies reported such instances to the body. The head of global trade development at Nasscom, Shivendra Singh, said that an increasing trend of adjudications, documentation and request for evidence was being witnessed amid the issuance of H-1B visas.

The Indian government had expressed concern over the order, as well. The then External Affairs Minister, Sushma Swaraj, had told the Rajya Sabha in 2018 that the Indian government had taken up the issue with US authorities at various bilateral meetings. "The danger is looming large," Swaraj had said on the tightening of the US visa regime and subsequent reduction of H1-B visas.

The 2019 report by the United States Citizenship and Immigration Services (ISCIS) on the 'H -1B Petitions by Gender and Country of Birth Fiscal Year' shows that at 74.5% out of the total, Indian applications dominate.

According to an analysis by the National Foundation for American Policy, Trump will have reduced legal immigration by 49% since he became the president, that too, without any changes in the US immigration law. Trump's rhetoric and the resultant policies focus on decreasing unemployment and providing more jobs to Americans, making way for limitations that hinge on his argument of "higher skill" and merit. However, an analysis by the NFAP highlights how the denial rate on new H-1B petitions for high-skilled foreign nationals has increased from 6% in the financial year 2015-2016 to 30% in FY 2020.

Citing the risk of Covid-19, the Trump administration on March 11 issued a proclamation which suspended the entry or attempted entry of all aliens - whether as immigrants or nonimmigrants - for 14 days from the 'Schengen Area' which includes most European countries. A similar proclamation three days later extended similar restrictions over England, Scotland, Wales, Northern Ireland, and the Republic of Ireland. Then, on April 22, the Trump administration blocked the entry of legal immigrants to the country in about all categories.

The final straw was when on June 22, the US President moved to suspend the entry of foreign nationals on H-1B, L-1 and other temporary visas until December 31, 2020. The executive order attracted flak from immigrants, and Trump later relaxed some rules for H-1B visa holders by allowing them to enter the United States if they are returning to the same jobs they had before the proclamation of the visa ban.

But that's not all the only way the Trump administration has restricted the entry of legal immigrants. It increased the cost of the N-400 application - for immigrants to become American citizens - by more than 80% for online filings.

In another fee up-gradation, a USCIS rule which was proposed first in 2019, will become effective on October 2 this year. Under it, the fees for businesses, new citizens, and international students who require work authorisation will be more than before.

"USCIS conducted a comprehensive biennial fee review and determined that current fees do not recover the full cost of providing adjudication and naturalization services. Therefore, the Department of Homeland Security (DHS) is adjusting USCIS fees by a weighted average increase of 20 percent, adding new fees for certain immigration benefit requests, establishing multiple fees for nonimmigrant worker petitions, and limiting the number of beneficiaries for certain forms," the order read.

Trump justifies the measures citing vast unemployment. "The overall unemployment rate in the United States nearly quadrupled between February and May of 2020, producing some of the most extreme unemployment ever recorded by the Bureau of Labor Statistics," reads the June 22 proclamation. However, many experts are not convinced that limiting immigration will provide the relief the President claims it will.

Giovanni Peri, an economics professor at the University of California, Davis told the Associated Press that researchers generally agree that immigration into the United States has stimulated economic growth, increased the size of the economy, and created jobs.

“The idea that immigration threatens American jobs is just not there in any data,” he said.

Meanwhile, a whopping estimated 8,00,000 legal immigrants (most of whom are Indian) working in the US still await a green card, stated a 2019 report by the Washington Times. Amid Trump's restrictive measures which put the onus of unemployment on an immigrant workforce, and Republican Senator Rick Scott blocking the passing of a bill aimed at clearing this vast green card backlog, times look bleak for those who seek the 'American dream'.

In 2018, the Trump administration began to apply new tariffs on steel and aluminium imports from dozens of countries, including India. It used a national security exemption in US trade law to do so. India in response made a list of retaliatory tariffs that it filed with the World Trade Organization (WTO) but held off on applying for them.

Then, in June 2019, Trump removed India and several other countries from the Generalized System of Preferences (GSP) list. The GSP is a preferential trade program that allows countries - considered weaker economies needing a boost - to sell to the US without tariffs on a variety of products.

Before the removal of India from the program, the US President had previously asked his administration to alter the GSP rules for "safeguarding the country's interests", and to ensure that no nation was harming it through the incentives. An ORF analysis on the effect of the move points out that five product sectors among those which enjoyed a zero tariff under the GSP fall under the top 20 Indian exports to the country. "This implies that these commodities are important to India’s overall export basket, which puts into doubt the claim made by Indian trade officials that the GSP withdrawal would have an “insignificant” effect," the report states.

After the US withdrew India's name from the GSP list, New Delhi responded by imposing higher retaliatory tariffs on 28 US products including almonds, apples, and walnuts. Data by the US Department of Agriculture shows that India paid $543 million for more than half of US almond exports in 2018, and is by far the largest buyer of US almonds. India is also the second-largest buyer of US apples.

Votes Behind Trump's 'Proclamation' of Love for India?

After the broadcast of Trump's 'naturalisation ceremony', former US secretary of state Hillary Clinton said it was "like watching a fox bless a hen-house”.

“Trump has spent his entire political career demonising immigrants. He's caged migrant babies at the border. He's used fear of “caravans” as a political prop. Watching him preside over a naturalisation ceremony last night was like watching a fox bless a henhouse,” Clinton said in a tweet.

The ceremony was criticised by many, who pointed out how the picture Trump attempted to paint was quite different from his policies in the past three-and-a-half-years. Opinion columnist Frank Bruni wrote in a piece in The New York Times that Trump “emceed a naturalisation ceremony — on live television — of five immigrants who belong to the sorts of ethnic groups or come from the kinds of places that he has routinely caricatured and vilified. This didn't honour them. It reduced them to re-election props.”

Both Joe Biden and Trump seem to be laying importance on the estimated 1.8 million eligible Indian-American voters for the November poll. The Trump campaign recently released a video commercial that featured short clips from PM Modi and Trump's addresses in Ahmedabad at the 'Namaste Trump' event. In the run-up to the presidential elections, Trump has also been making repeated statements on his love for India, Modi, and the support he holds of the diaspora.

The community has even been dubbed an "absolute difference maker" by top democratic leader Thomas Perez, who pointed out that Hillary Clinton has lost Michigan by 10,700 votes in 2016, and that the state has 125,000 Indian-American voters.