This image is for representation.

Rate of inter-caste marriages in India was only 5.82% even in 2011 -- no secular increase over the previous four decades.

Eram Agha
New Delhi: Contrary to common belief, educated Indians are as resistant to inter-caste marriages as those who never went beyond essential education. Interestingly, an educated mother is more likely to influence her son to seek a life partner outside one's own caste than his own higher education.

These are the primary conclusions drawn in a study conducted by three academics from economics and planning unit of Indian Statistical Institute (ISI) in their ‘Analysis of Inter-Caste Marriages in India’. The discussion paper co-authored by Tridip Ray, Arka Roy Chaudhuri, and Komal Sahai, seeks to find if there is a correlation between endogamy — the custom of marrying only within one’s own caste or tribe — and education. 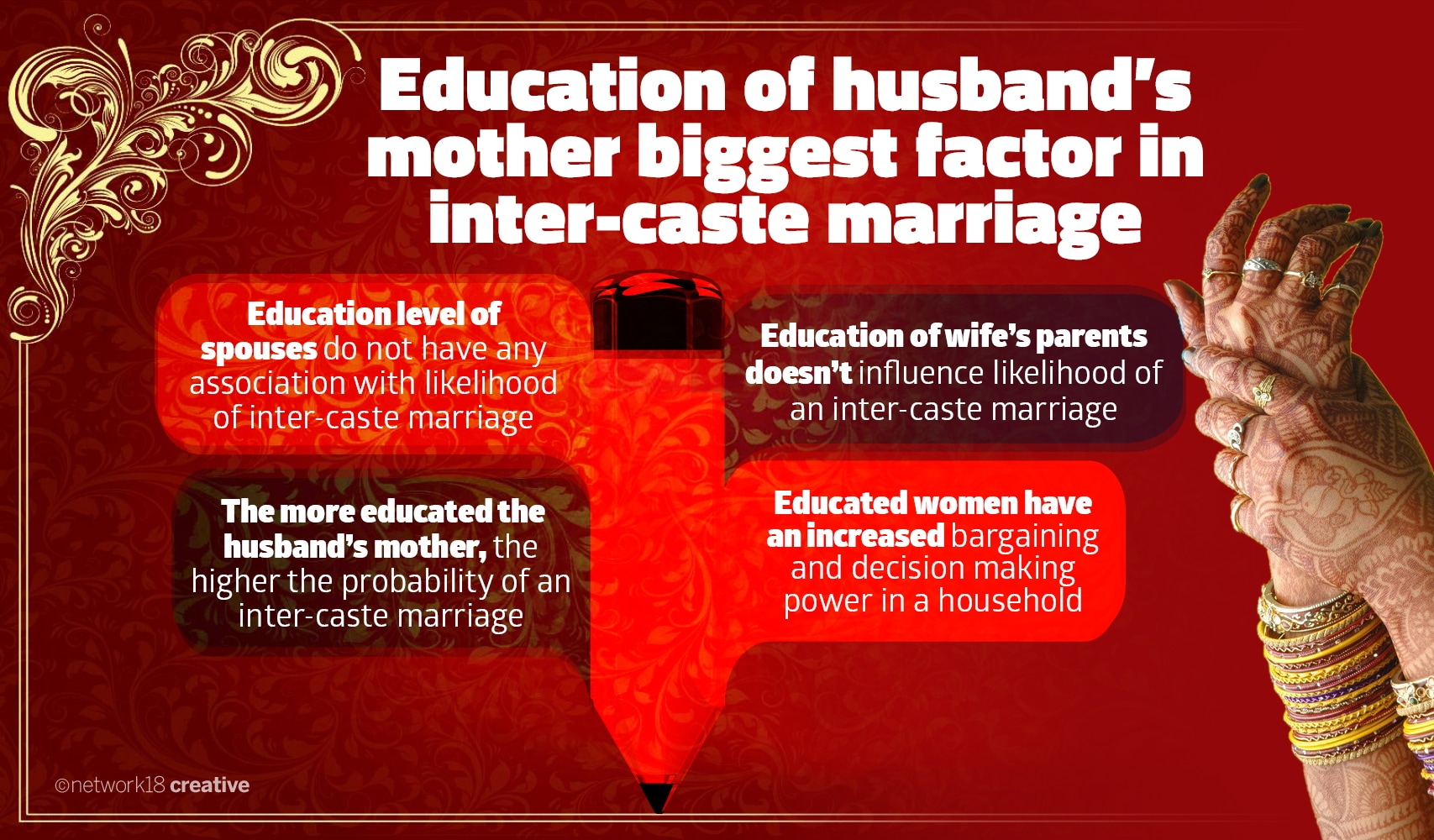 "Our study finds that a 10-year increase in the education of husband's mother would translate to an increase in the probability of inter-caste marriage by 1.86 percentage points, which is equivalent to approximately 36% of the sample mean of merely 5.16%," said Tridip Ray, one of the researchers.

The paper also illustrates that unlike majority of the findings in the Western literature, their study finds out that education of the spouses themselves have no association with the probability of their marriage being an inter caste marriage.

Brahmins, among the upper castes, are shown to have the highest rate of exogamy — though this figure is not drastically different from OFCs. This could be but for the fact that OFCs are a broad social group comprising of many sub-castes open to marrying within themselves.

For this study, researchers have used nationally representative data set, including the Indian Human Development Survey and National Sample Survey, 2011-12.

# Over 73% of marriages in India were arranged by parents and other relatives only, and close to 70% of women met their husband only on the day of their wedding or Gauna

# Inter-caste marriages are not essentially "love" marriages, which do not include the parents in the decision-making process. In fact, more than 60% marriages reported to be inter-caste were arranged by parents or other relatives alone, and over 66% of these women met their husbands only on the day of their wedding/Gauna

# The rate of inter-caste marriages in India was only 5.82% in 2011, and there has been no secular increase in this rate over the previous four decades

In Indian marriage market families, rather than individuals, are the primary decision makers. And education works through giving more voice to the mother in the household to implement the best outcome for her child if the stigma or cost of an inter-caste marriage is not too large. Given that the bride's family disproportionately bears the stigma of an inter-caste marriage, this could be the reason why education of only the groom’s mother has a positive association.