Forest officials said the badly injured elephant, with bleeding in its ears, was found by some forest department guards in Masinagudi, but it died before it could be taken for treatment to a facility at the Mudumalai forest range.

A wild elephant, which strayed into a human habitat in Tamil Nadu, was killed by an act of human cruelty as a burning tyre was hurled at it by the staff of a private resort in Masinagudi in Nilgiris district.

Forest officials said the badly injured elephant, with bleeding in its ears, was found by some forest department guards in Masinagudi, but it died before it could be taken for treatment to a facility at the Mudumalai forest range. On conducting an autopsy, officials realised that severe injuries had been caused because of the burns.

Barbaric act in Nilgiris, Tamilnadu. An elephant was attacked with a burning tyre, in a private resort, killing the animal. Hope the guilty are punished for this inhumane act of violence. #WA #EveryLifeMatters #SaveWildlife pic.twitter.com/iLJn2yxgdq

Special teams of forest officials were formed and they detained two persons at the resort, including the owner, for the crime. Raymond, the resort owner, and Prashant, a staffer, have been arrested. During the investigation, videos of the burning tyre being thrown at the elephant was found in their phones.

The footage of the incident was released by the department on Friday. The video showed the tyre in flames being hurled from a building on the animal, injuring its ear. The elephant fled, trumpeting in pain. 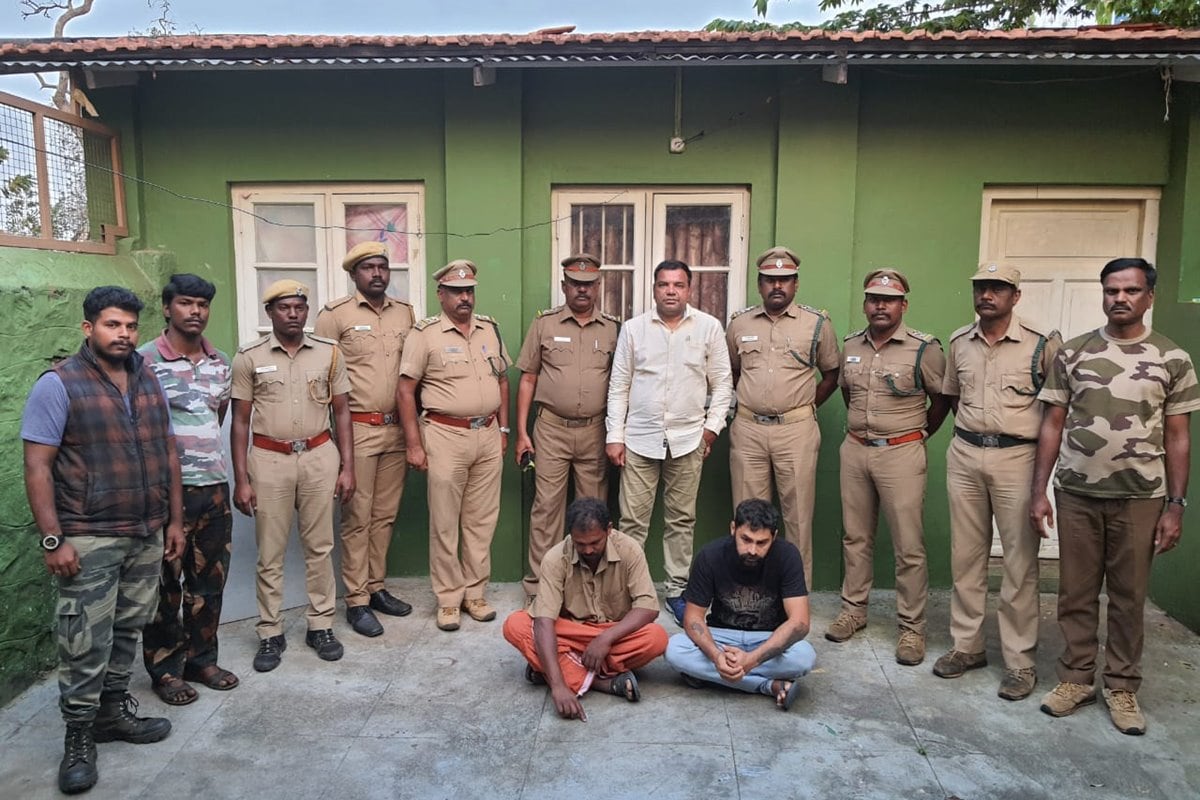 Two people were arrested for the fatal attack on the elephant. (Image: News18)

Forest officials said that it seems that the resort workers were trying to scare the elephant away by throwing something on fire towards it. If it was a stick or some other article it would have hit the elephant and fallen. But since it was a tyre, it got stuck to the elephant’s ears for much longer, leaving the elephant in trauma.

Later, the elephant was found lying near a dam. The forest department veterinarians tried to revive it, but in vain. A provisional diagnosis suggested that the septic fistula filled with pus and severe loss of blood leading to acute anaemia, hypovolemia, resulted in shock and death of the 50-year-old tusker, the burns on the ear did not cause the death, they said.