According to officials, a number of them managed to travel to Syria-Iraq to participate in the ‘war’, others found different ways to further the terror group’s agenda, and a few ended up in the hands of India’s law enforcement agencies

The countrywide raids, arrests, and subsequent banning of the Popular Front of India (PFI) were based on solid intelligence inputs and evidence that even the arrested leaders of the outfit can’t deny, officials have told CNN-News18.

The investigation so far has also established that several cadres of the PFI ended up joining the Islamic State (ISIS). Some were apprehended while trying to travel to West Asia to join forces with the terrorist organisation.

CNN-News18 has exclusively accessed details of several PFI members who found the allure of the Islamic State irresistible. A number of them managed to travel to Syria-Iraq to participate in the “war”, others found different ways to further the terror group’s agenda, and a few ended up in the hands of India’s law enforcement agencies. In 2016, Safvan was arrested by the NIA for being a part of the infamous ‘Omar Al Hindi’ Islamic State module in Kerala (RC-05/2016/NIA/Kochi), and he was subsequently convicted in the case. The NIA court sentenced him to 8 years’ rigorous imprisonment.

Interrogation by agencies revealed that he was an active PFI cadre and was part of ‘Thejas Daily’ (mouthpiece of the PFI) at Kozhikode as a graphic designer. He was close to the PFI leadership, as even Nasarudeen Elamaram, the outfit’s national secretary (presently in NIA custody), attended his wedding ceremony. Along with Safvan, his co-accused in the case Manseed was convicted, and given 14 years’ rigorous imprisonment. Interrogation by agencies revealed that he was a member of PFI for 12 years and during his 8-year stay in Qatar, he was a member of the overseas wing of the outfit. He was an area reporter of the intelligence department of PFI while he was in his native place. 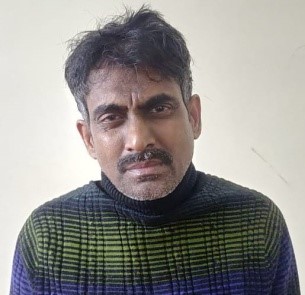 Notorious Islamic State terrorist in India, Khaja Moideen (arrested by NIA in May 2020), who was leading an ISIS module that was responsible for the killing of police officer Wilson in Kanyakumari district of Tamil Nadu, was an erstwhile MNP (Manitha Neethi Pasarai) cadre. MNP later merged into PFI. Safeer Rahiman departed for Syria/Iraq in 2016 to join ISIS. His family was associated with PFI’s frontal organisation SDPI. He was arrested in an ISIS-related case from Kerala (RC-02/2017/NIA) in 2017, for his attempted migration to Syria to join the outfit. Interrogation by agencies revealed that he was an active member of PFI and was president of Kanhirode, Kannur unit of the organisation.

He was arrested in the same ISIS case (RC-02/2017/NIA). He attempted to join the Islamic State in Syria. Interrogation indicates that Abdul Razak was associated with PFI activities in his area.

The NIA arrested him in the same ISIS case (RC-02/2017/NIA). Interrogation indicates that he joined PFI in 2013 and was a member of its Munderi unit in Kannur district.

He was arrested by NIA in the ISIS case (RC-02/2017/NIA). Interrogation indicated that he was a member of PFI since 2012 and had participated in unity marches of the outfit held at Thalassery and Palakkad of Kerala.