The Indian Army has occupied numerous dominating heights in the Chushul Sector, overlooking the Chinese positions across the LAC.

The emergency effort to expand the Army’s stockpiles of extreme-weather tents, fibre-reinforced plastic igloos and specialised snow-boots are evidence that the Indian Army is preparing to have to maintain dozens of new high-altitude positions through the winter along the Line of Actual Control in Ladakh.

Faced with the prospect of troops having to occupy high-altitude outposts in Ladakh through the winter, the Indian Army has tapped suppliers worldwide to expanded its stockpiles of extreme-cold weather equipment, including clothing designed to provide thermal insulation at temperatures of -50ºC and winds of 40 kilometres an hour, government sources have told News18.

The emergency effort to expand the Army’s stockpiles of extreme-weather tents, fibre-reinforced plastic igloos and specialised snow-boots are evidence that the Indian Army is preparing to have to maintain dozens of new high-altitude positions through the winter along the Line of Actual Control in Ladakh.

Experts have been warning of the risk that the crisis along the LAC could result in the two armies being pushed into Siachen-like long-term high-altitude deployments in some of the world’s most inhospitable terrain. 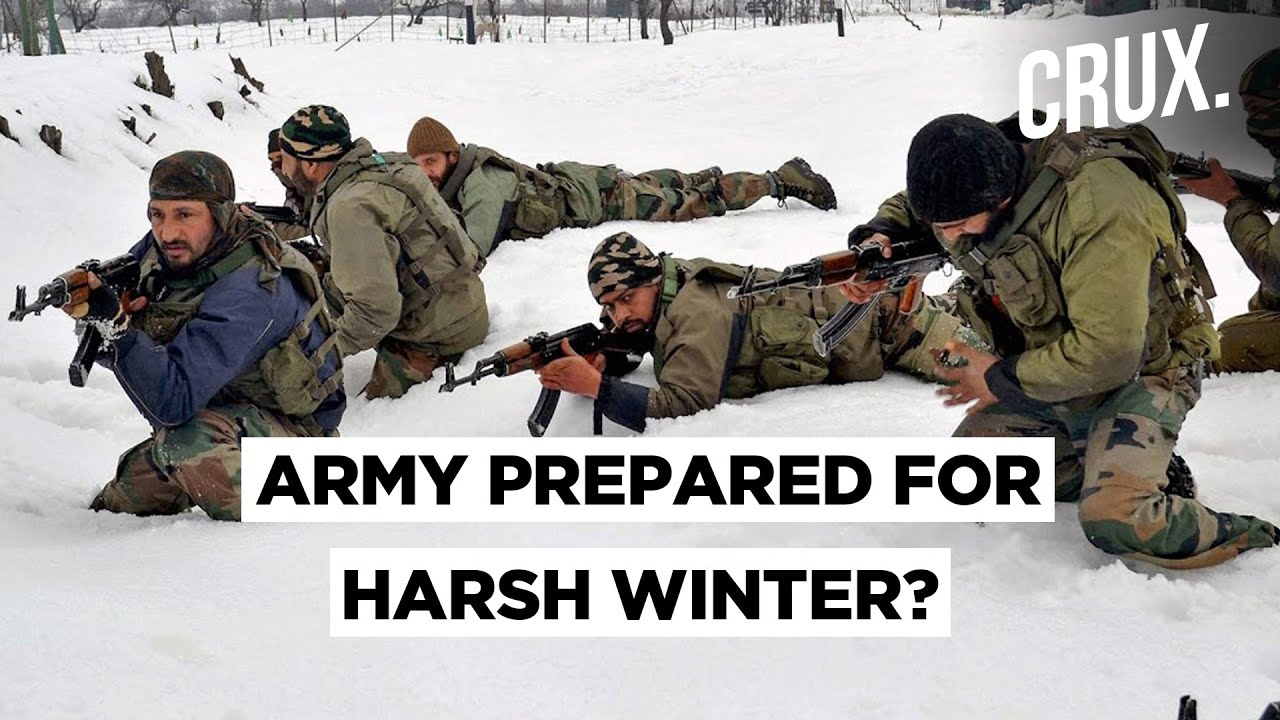 “There’s a real possibility that both the Indian Army and People’s Liberation Army could end up scrambling to occupy tactically-important features in some stretches of the LAC,” said Colonel Vivek Chadha, a Research Fellow at the Institute of Defence and Strategic Analyses.

Last month, Indian troops occupied an unoccupied feature code-named Black Top, east of the traditional LAC, commandos from the Special Frontier Force — a crack force made up ethnic Tibetans living in India. Black Top, located at over 4,000 metres above sea level, gives the Indian Army the ability to directly observe PLA troops movements around Spanggur, a saltwater lake to the south of Pangong Lake in Ladakh.

The occupation of Black Top was designed to retaliate against the PLA’s occupation of Green Top, a key feature on Finger 4 — one of a series of ridge-lines radiating north-east from Pangong Lake. PLA soldiers stationed on Green Top have direct line-of-sight observation over Dhan Singh Post, the Indian Army’s key forward position on Finger 3, as well as minor positions to its south.

Even though Chinese negotiators had agreed in military-to-military talks to restore the status-quo prior to the occupation of several of the ridge-lines in April, and return its troops to positions behind Finger 8, the PLA held on to Green Top, and did not withdraw troops stationed along Finger 5.

The Indian retaliatory action has led to an increase in tensions south of Pangong, with warning shots being fired on August 30-31, during the operation to take Black Top, and again on September 7, when PLA troops armed with rods and crude spears appeared on the Rezang La pass near an Indian position.

Rezang La was the site of one of the Indian Army’s most famous battles, where 114 troops of the 13 Kumaon Regiment under the command of Major Shaitan Singh fell holding out almost to the last man against a November 18, 1962, PLA strike directed at the village of Chushul.

Events have raised fears that both armies could find themselves locked into a cycle of mountain-grabs — followed by the commitment of troops to hold that territory. “The sensible thing to do will be for the PLA to swap its positions north of Pangong for those India has taken south of Pangong,” a senior Government official said. “But very little China has done since April has been sensible”.

Before 2003, when a ceasefire went into place along the Line of Control separating the Indian Army and Pakistan Army in Kashmir, localised skirmishes often broke out in similar circumstances—and troops remain committed on high-altitude positions even today.

Even though no significant fighting has taken place around Siachen since the 1999 Kargil war, 167 soldiers lost their lives there between 2009 and 2019—the result of accidents and altitude-related ailments.

Large-scale winter deployment, military sources say, will involve significant logistical challenges. Last year, for example, a representative of the Indian Army flagged critical deficits in India’s production capacities for cold-weather clothing to the Lok Sabha’s Standing Committee on Defence, noting that “virtually about 80 per cent of it is imported”. “There is no indigenous capability existing in India to make it”, the Army representative said.

Experts also argue China’s advantages of terrain — notably, the superior road network it has built over the Tibetan plateau — allows it to more easily supply frontline troops. Though a new tunnel through the Rohtang Pass in Himachal Pradesh, scheduled to open within days, will ease supply lines to Ladakh, winter snow and ice will still restrict the road-system’s capacities.

“Not every army and political system values territory in the same way India does”, adds strategic affairs expert Manoj Joshi. “The worst-case scenario would be where India finds itself committed to holding territory through the winter, while the PLA, which is further ahead on its modernisation trajectory, eschews holding ground, but instead uses technology to its advantage.”

There have been signs, though, that the PLA is also seeking to avoid an expensive winter deployment, with high potential human costs and no clear strategic ends. Zhao Lijian, China’s Foreign Ministry spokesperson, said on Tuesday that “in winter this is not good for humans to live”. “We hope through diplomatic and military channels we can achieve disengagement as soon as possible”.

Foreign Minister S Jaishankar, scheduled to meet his Chinese counterpart, Wang Yi, later this week, has also said India remains committed to seeking a diplomatic solution to the crisis on the LAC.