According to a BKU member's estimate, over 10,000 farmers have gathered at the UP Gate protest site on Sunday.

Despite an increasing number of barricades, thousands of farmers have been converging at Ghazipur on the Delhi-Uttar Pradesh border following a tearful Bharatiya Kisan Union leader Rakesh Tikait's impassioned appeal to protesters to bolster the stir. The tide of the over two-month protest against the farm laws, which had lost its sheen after the violence in Delhi during the tractors parade on Republic day, appears to have regained momentum as is evident from the increased number of tents set up at the protest site.

Many protesters waited for hours to talk to Tikait or take a selfie with him as the farmer leader remained busy meeting his supporters and talking to the media. A Bharatiya Kisan Union (BKU) member said Tikait has been sleeping only for around three hours a day for the last three days. "He had complained of blood pressure issues, but is doing fine now," the member said. 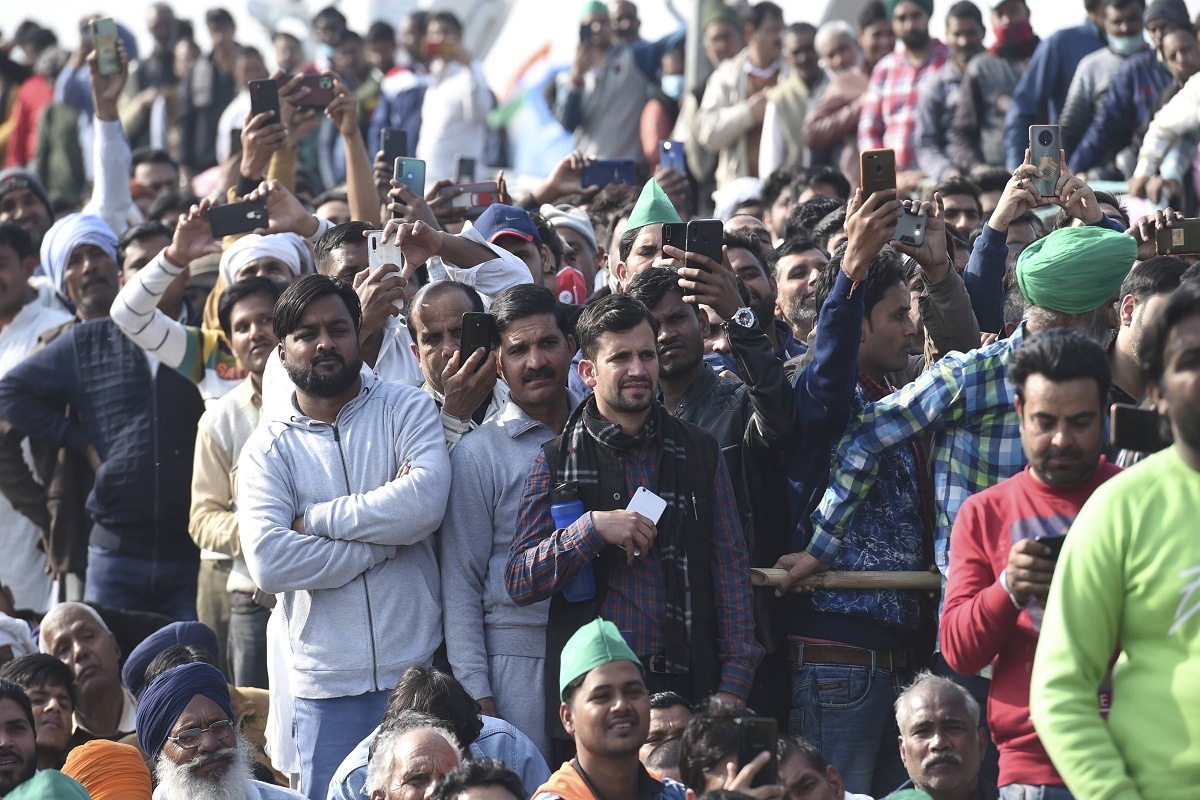 Shiromani Akal Dal chief Sukhbir Singh Badal visited the Ghazipur border to lend his support to the protesting farmers. Badal, whose party pulled out of the NDA government over the three farm laws, met Tikait for around 10 minutes. Farmers, carrying tricolours and raising slogans, took out marches, while a group of youths gathered at a spot near the Delhi-Meerut expressway and danced to patriotic songs till the sun went down. The scene was quite different just three days ago.

A day after the Republic Day violence in Delhi, when a section of farmers taking part in the tractor parade broke through barriers, clashed with police and stormed the Red Fort for a few hours, the farmer game it seemed to be over. Morale plummeted and many farmers returned home. On Wednesday night, the atmosphere was tense at Ghazipur. The Ghaziabad administration issued an "ultimatum" to the protesters occupying a stretch of the Delhi-Meerut expressway to vacate as the January 26 clashes painted a not-so-peaceful picture of the peasant community.

As security presence at the site escalated and fears grew that the protesters would be forcibly evicted, an emotional Tikait broke down while talking to reporters. "The protest won't be called off. Farmers are being met with injustice," he said and even threatened to end his life for the cause.

A layer of barbed wire fencing was added to the existing multi-layered barricading at the protest site. But that couldn't keep people from reaching the area where farmers have been camping since late November. Sarita Rana, a BKU member from Gurgaon, said she walked two kilometres to reach the protest site. Rana said she and her husband couldn't sleep a bit the night they watched a video of Tikait crying. "We have never seen him crying. It moved us," she said. "The government has been trying to scuttle the protest by blocking roads and withdrawing facilities such as water and power supply. But this has strengthened our resolve to fight on," Rana said. The farmers kept arriving with water-filled cans from their hometown for their beloved leader. According to a BKU member's estimate, over 10,000 farmers have gathered at the UP Gate protest site on Sunday.

Tikait said he respects the sentiments of the protesters and the water-filled cans will be emptied in the Ganga. Referring to Prime Minister Narendra Modi's monthly broadcast, wherein on Sunday he maintained that his government is committed to "modernising" farming and has been taking many steps, many urged him to listen to the 'Mann ki Baat' of the farmers. "If a politician can come to our house asking for our votes, why cannot they come to us here to resolve the issue… If PM Modi wants to talk, he should give us a phone number to call," said 64-year Satbir Singh from Haryana's Jind district.

Ravinder Singh, 63, from Uttar Pradesh's Hapur, said farmers want to return to their fields, "but that will happen only when the three laws are repealed and a legal guarantee ensuring minimum support price is provided."