Farmers’ Protests LIVE Updates: Hundreds of farmer unions across Punjab and Haryana have called for multiple protests in the coming days, including a total shutdown on September 25, against the two agriculture bills passed by the Parliament amid ruckus by the Opposition and a war of words between the two sides.

Farmers’ Protests LIVE Updates: Hundreds of farmer unions across Punjab and Haryana have called for multiple protests in the coming days, including a total shutdown on September 25, against the two agriculture bills passed by the Parliament amid ruckus by the Opposition and a war of words between the two sides. Uproarious scenes were witness yesterday when the Opposition stormed to the Well of the House to protest against the Farmer’s Produce Trade and Commerce (Promotion and Facilitation) Bill, 2020, and the Farmers (Empowerment and Protection) Agreement of Price Assurance and Farm Services Bill, 2020, which were eventually passed. Later, in back-to-back high-profile press conferences, both the BJP and Congress blamed each other for tarnishing Parliament’s image because of what transpired in the Rajya Sabha.

Irate farmers from Punjab led by the state’s Youth Congress unit attempted to break the barricades on Ambala-Mohali highway near the Punjab-Haryana border on Sunday after which police resorted to the use of force and water cannons to disperse them. “These news laws imposed by the government… we are protesting against them. It will be a huge injustice if farmers won’t be given a choice about how to sell their produce,” a farmer told ANI.

Defence Minister Rajnath Singh flanked by five other Union Cabinet ministers addressed a press conference on Sunday evening and condemned the alleged misbehaviour with Deputy Chairperson Harivansh Narayan Singh by opposition members. He said “democracy was shamed” by the conduct of Opposition MPs in the Upper House of Parliament, while adding that he too is a farmer and nobody should believe the government would do anything to hurt the farmers.

Police Use Force, Water Cannons to Disperse Protesting Farmers | As farmers from Punjab led by the state's Youth Congress unit attempted to break the barricades on Ambala-Mohali highway near the Punjab-Haryana border on Sunday afternoon amid protests against controversial farm bills, which cleared parliament , police resorted to use of force and water cannons in an attempt to disperse them. Farmers in Punjab and Haryana have been protesting against the new legislations ever since the bills were cleared in Lok Sabha.

Will Take BJP and its Allies to Court Over Unconstitutional, Anti-farmer Laws, Says Amarinder Singh |  Punjab Chief Minister Amarinder Singh on Sunday said his government would take the BJP and its allies, including the Akalis, to court over the new unconstitutional, undemocratic and anti-farmer laws of the central government. He said he would fight till his last breath to protect the farmers’ interests in the state. 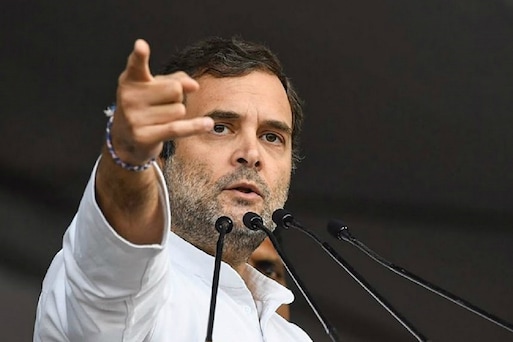 Congress leader Rahul Gandhi on Sunday said that the farmers grow gold from land, but the arrogance of the Modi government is making farmers shed tears of blood.

Parliament Ruckus Over Farm Bills | Rajya Sabha passed three contentious farm bills amid massive uproar by opposition members in Parliament, even as farmers in several parts of the country staged protests against legislations. The upper House witnessed a bedlam when some opposition members led by the TMC climbed on to the chairman's podium as the government pushed for the passage of two contentious farm bills. Ruckus prevailed after Deputy Chairman Harivansh overruled opposition pleas for postponing Agriculture Minister Narendra Singh Tomar's reply to the debate on the two bills till Monday as the scheduled sitting time of the House was over.

JJP MLAs Join Protests Against Farm Bills | Farmers on Sunday blocked roads in Haryana and burnt effigies of Prime Minister Narendra Modi in neighbouring Punjab, protesting against the farm bills passed in Parliament. Two MLAs from the Jannayak Janta Party (JJP), which is part of the BJP-led ruling coalition in Haryana, also participated in the protests, reflecting a rift on the issue among their ranks on the issue. The bills passed by Parliament will liberate farmers from the constraints of middlemen, Prime Minister Narendra Modi said. Security Beefed Up in Punjab, Haryana Amid Farmers Protest | Several farmers' organisations across a few states are protesting against the three contentious farm reforms bills tabled by the government and passed in the Lok Sabha recently.  The farmers are protesting over fear that the fresh farm reforms would dismantle the minimum support price system. The BJP and Congress held back-to-back press conferences and blamed each other for tarnishing Parliament’s image over the passage of the farm-sector bills in the Rajya Sabha.

Why Are Farmers Protesting?

Farmers across several states are up in arms against the three contentious farm-sector bills tabled by the government in Parliament -- Farmers' Produce Trade And Commerce (Promotion And Facilitation) Bill; The Farmers (Empowerment and Protection) Agreement on Price Assurance and Farm Services Bill; and Essential Commodities (Amendment) Bill. Several farmers' bodies staged protests on Sunday against these bills over the fear that they will no longer get paid at the Minimum Support Price (MSP). Protestors expressed apprehension that these bills will pave the way for dismantling the minimum support price system, leaving them at dependent on corporate houses.

Minutes later, the Congress said the members were upset with the way the bills were being passed, while noting that everyone went in the well of the House, including BJP leaders, and called it a conspiracy by the ruling party.

Congress’ chief spokesperson Randeep Singh Surjewala said the same Parliament to which Prime Minister Narendra Modi had bowed his head after coming to power had been shamed by the conduct of his ministers.

The passing of the two farm bills has set several political events in motion. While the Congress-led opposition has moved a no-confidence motion against Rajya Sabha’s deputy chairperson, BJP sources say footage from the House proceedings was “being examined in all details to see which MPs are up to what,” based on which actions, such as privilege motion against the errant members, will be moved.

In the press conference of the six Union Cabinet Ministers, Minority Affairs Minister Mukhtar Abbas Naqvi alleged that voting through division that opposition MPs had been asking for was not allowed because all of them were away from their seats protesting in the well of the House.

Around the same time, Congress general secretary KC Venugopal levelled serious allegations of impropriety against the BJP and the deputy chairperson saying their general secretary Bhupender Yadav was seen whispering into the ear of Harivansh Singh, while opposition members were demanding the Rajya Sabha session be adjourned. “I just saw the senior ministers’ statements. They should have condemned the action of the deputy chairperson. The entire episode is a conspiracy built by the BJP,” he said.

Rajnath Singh said, “To go straight to the chair of the deputy chairperson, to stand right by his chair, to tear apart the rule book there… It is unprecedented in the history of the Parliament. It is an even bigger shame that it happened in what is known as the House of Elders. Not only have the guilty MPs besmirched their own characters, they have also hurt the esteem of India’s Parliament.”

Trinamool Congress’ Derek O’ Brien, who has been accused of tearing up the Parliament’s rule book and who has denied the allegations, meanwhile alleged that the government prevented a trust vote on the bills since the government knew it did not have the requisite numbers.

Several opposition parties, including the Congress and AAP, whose MP Sanjay Singh was carried out by marshals as he was protesting in the well, have called for a nationwide stir against the bills even the Prime Minister and his cabinet called the passing of the bills through the Rajya Sabha a “watershed moment” for the country’s farmers.