For Want of a Nail, a Hammer: Rafale Jets a Welcome Addition But Defence Industry Not 'Atma Nirbhar' Yet

The first squadron of the Rafale jets will be stationed at the Ambala air base.

A week before the jets’ scheduled arrival came news that they will be equipped with Sagem ‘Hammer’ standoff strike weapons in view of the border crisis and the fact that the Rafales might have to prepare for operations sooner than normal.

The IAF’s Rafales are finally coming home. In the middle of an unprecedented face-off against China, induction of a new fighter – the first in over twenty years – is good for Indian military capability as well as morale. A week before the jets’ scheduled arrival came news that the jets will be equipped with Sagem ‘Hammer’ standoff strike weapons in view of the border crisis and the fact that the Rafales might have to prepare for operations sooner than normal. This decision, although certainly rushed, makes sense.

The IAF seriously considered the Hammer as part of the Rafale weapons package, but eventually elected to go with the cheaper Israeli SPICE system to serve as the Rafale’s principal tactical standoff weapon, a decision driven entirely by cost. Time was not a factor when that choice was made, and the Air Force planned to integrate, test, and certify the Rafale-SPICE combination in-country, significantly cheaper than getting the French to do it.

Now faced with an emergent situation in the North, just as the new ‘silver bullet’ of the fighter fleet arrives in-country, the luxury of a leisurely integration programme cannot be afforded. The only system equivalent to the SPICE (better in some respects) already integrated and ready to use with the Rafale is the Hammer, forcing the IAF’s hand. Even so, a case can certainly be made that the SPICE and Hammer are sufficiently different in propulsion, guidance and effects that both could be used alongside each other moving forward. The biggest problem with the Hammer story is that it highlights the kind of penny pinching that constrains comprehensive capability accretion, even in mammoth multi-billion dollar deals. If not for the China situation, the Rafales would have arrived without a tactical standoff strike weapon. 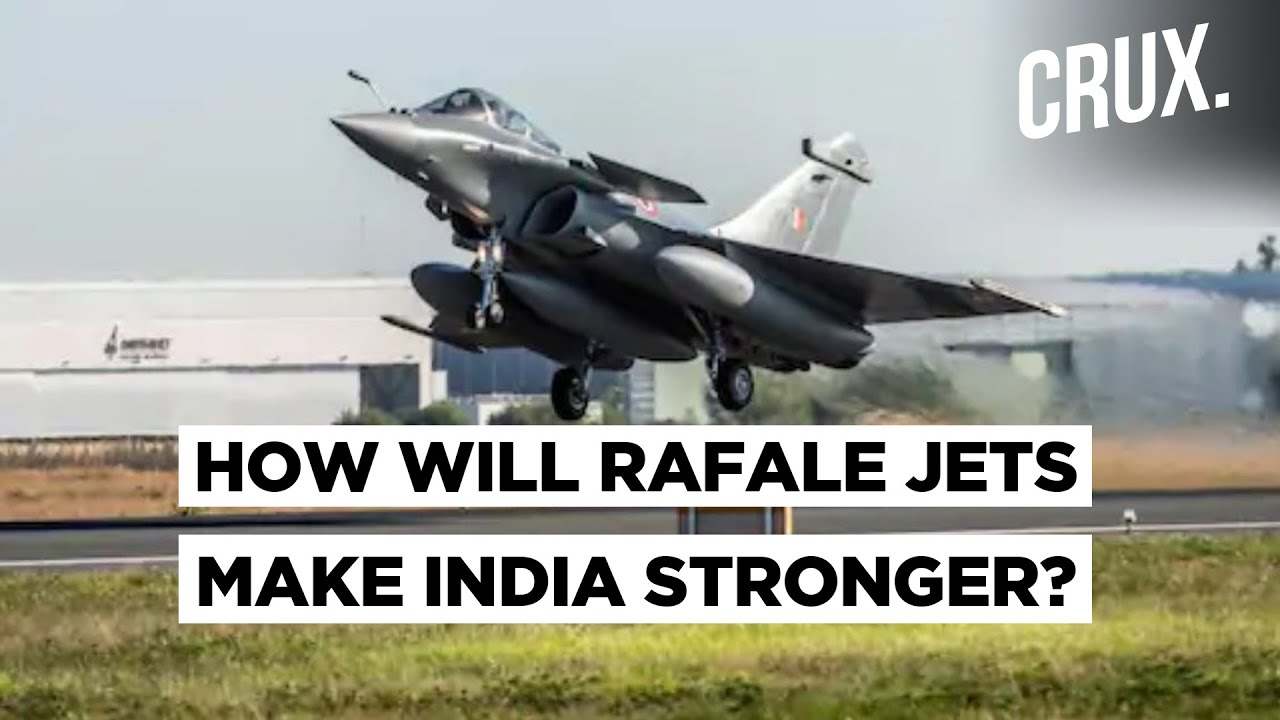 But the Hammer is only the latest and most high profile case in a frenzy of ‘emergency procurements’ kicked off by the Ladakh crisis. This buying spree has once again laid bare the abysmal performance of India’s defence acquisition system. The word ‘system’ is itself a misnomer, because if the Defence Ministry’s byzantine procedures and processes are systematic at all, they are a system designed to deny outcomes. Far from enabling the men and women in uniform to do their jobs, defence procurements keep them hanging, withholding everything from fighter jets to simple helmets.

Embarrassingly, these emergency acquisitions are being passed off as a virtue, spun as a way to get the armed forces what they need without red tape. They are not. Unshackling defence preparedness from a moribund process should be the norm, not celebrated as an exceptional achievement every time a military crisis exposes yawning gaps in readiness and capability.

Not only that, the timing and scale of this round of emergency buys, projected to cross a billion dollars, also gives the lie to the idea of ‘Atma Nirbhar Bharat’ at least as far as defence industry is concerned. That the OFBs have been found wanting, with years of serial under-performance, has finally prompted some action in the form of a move toward corporatisation, but even if this happens in the face of stiff opposition to reform that has become emblematic of Indian PSU culture, it will not solve any problems in the near- to medium-term.

Meanwhile, there is little incentive for the private sector to enter this space and deal with a Ministry that builds attack helicopters without missiles, commissions ships without towed sonars, fails to procure air-defence missiles for twenty years, and cannot execute a government-to-government with one of India’s oldest defence partners. Even without the structural issues in defence procurement, the simple fact is that Indian procurements, whether emergency buys or the routine perennially delayed kind, are generally not the high-value, multi-year contracts that can sustain and provide long term visibility to a fledgling private sector defence enterprise. Economies of scale can only be achieved through standardization and large orders, and here the military must also bear some responsibility for the menagerie of systems in service.

A ray of hope is the recently announced 74% FDI in defence manufacturing, but only if the government is proactive about energizing the sector and attracting investment. The government – and not armed forces or MoD, which cannot guarantee order volumes – should aggressively court suppliers of standardized munitions and consumables to set up shop in India to service global markets. Some NATO standard ammunition is used in such vast quantities, that western air forces have actually faced shortages during operations. From small arms, to tanks, artillery and fighter jets – if India can become a manufacturing and export hub for just a handful of munitions types, that will solve a lot of problems for the services’ access to cheap and effective ordnance. Obviously, this calculation gets significantly more complicated as one moves up the value chain to sub-systems and full-up platforms, but the underlying logic applies even there. If these low-hanging fruit cannot be plucked, it begs the question – why bother with relaxing FDI limits at all?

For the military, this is all academic. Crises and the inevitable emergency buys that follow are a godsend – the armed forces are able to solve longstanding shortages, address emergent capability gaps, and operationalise weapon systems after years of delay, all possible by short-circuiting the vaunted defence acquisition ‘system.’ The arbiters of this system, however, need to seriously introspect if they are ever to answer the question of why the system works best when it is bypassed.

Disclaimer:Angad Singh is a project coordinator with ORF's Strategic Studies Programme. His research focuses on defence and air power, with a focus on technology, operations and perspective planning in an air-centric defence paradigm. Views expressed by the author(s) are personal.

This article first appeared in ORF.