Former President Pranab Mukherjee sits near tulips at the Mughal Gardens during a press preview in New Delhi. (PTI Photo)

In his book ‘The Coalition Years’, Pranab Mukherjee had said, "As a child, I nurtured the ambition to be a member of the CWC one day after reading biographical sketches of CWC members in my Rapid Reader textbook in school in 1945," and he had become one of the most well-known members of the Congress party.

In the days of pre-independent India, young Poltu from the small village of Mirati in Birbhum District of West Bengal loved playing a game of politics. A group of his friends would dress up as Indians and other group as 'Britishers' for this game, in which, the Indian side would always win. Son of Kamada K Mukherjee, a freedom fighter who spent more than 10 years in British jails, for Poltu, everything was political from an early age.

The evening discussions at Poltu's house always revolved around politics, and he would swallow every word of Jawaharlal Nehru, and Mahatma Gandhi, even though he didn't understand them. “What is communalism, baba,” young Poltu would ask his revolutionary father. His primary school was a long walk from home and Poltu did not like walking those long miles. He would whine and complain to his mother and insist on not going to school, to which she would retort by saying, "If you do not study, what will you do?" So, he studied and although he wasn't an extraordinary student, he worked very hard, and eventually, graduated with a MA in Political Science and History, as well as an LLB degree from the University of Calcutta.

Many decades later, he also held one of the highest political ranks in India and became the 13th President of the country. We have known Poltu as Shri Pranab Mukherjee -- a seasoned politician, Mr dependable of Congress, a man of sharp wit and great scholarly acumen -- whose death we collective mourn as a nation today. 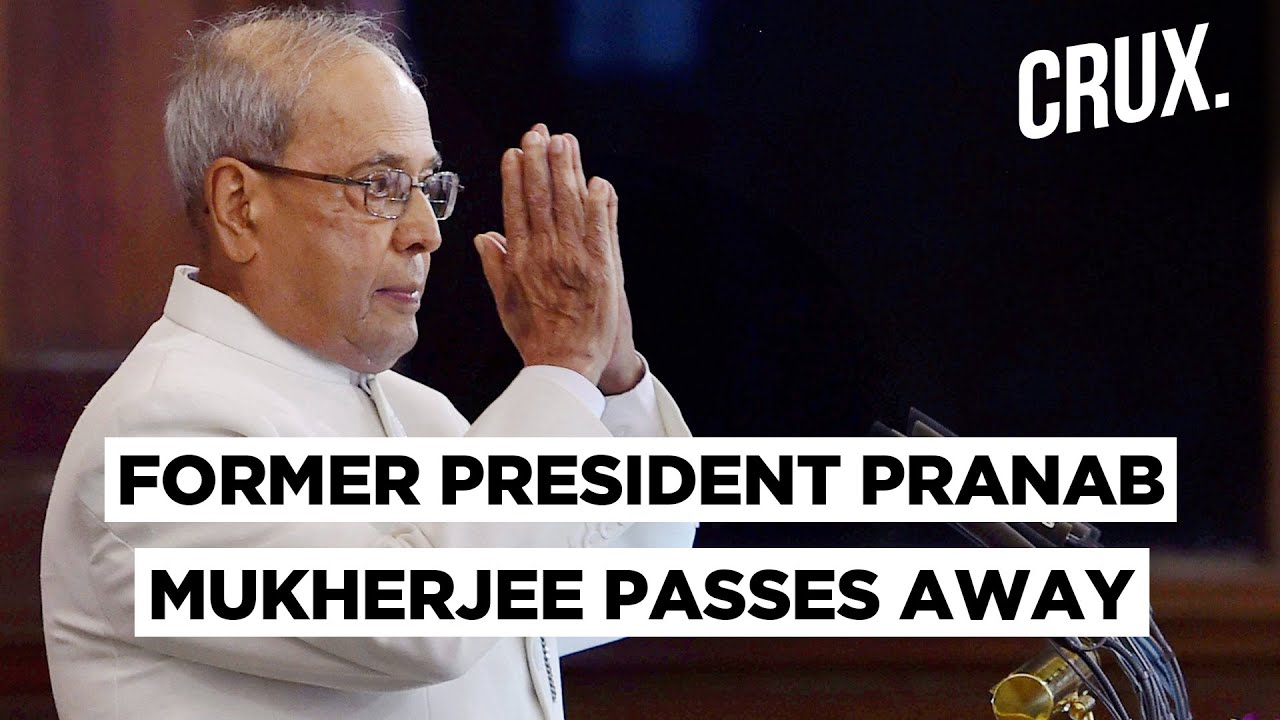 Mukherjee fought a brave battle against COVID-19 in the past few weeks and succumbed to the virus on Monday evening. He was 84 at the time of his death. In life, Mukherjee had come out victorious from many fights in almost fifty year-long political career and has received many accolades, including the prestigious Padma Vibhushan, (India's second-highest civilian award) and Bharat Ratna (India's highest civilian award), as well as, over a dozen of academic honours from universities across the world.

Although he had been dubbed as 'the prime minister that India never had', Mukherjee did fulfill his childhood dream of working for the Congress. In his book ‘The Coalition Years’, he had said, "As a child, I nurtured the ambition to be a member of the CWC one day after reading biographical sketches of CWC members in my Rapid Reader textbook in school in 1945," and he had become one of the most well-known members of the Congress party.

Since his father was an active member of the Congress party from 1920, Mukherjee naturally followed his footsteps and joined the grand party. However, his loyalty went through a litmus test during the emergency, when many abandoned Indira Gandhi, but he stood firm in support of her on advice of his father, who had told him, "It is when you stand by a person in his or her hour of crisis that you reveal your own humanity."

Needless to say, his loyalty was rewarded by Indira Gandhi. Post emergency, when Mrs Gandhi won the election and came back in power, Mukherjee faced a terrible defeat against the CPI(M) in Bolpur and was rebuked by her badly because he had gone against her wishes and fought the election. Due to his defeat, he had thought he wouldn't get any position in the new cabinet, but Gandhi had in the last moment added his name in her own handwriting on a typed list with names of ministers who were getting new portfolios during the swearing-in ceremony.

The two patched things up almost three years later, after Mukherjee's the Rashtriya Samajwadi Congress in West Bengal merged with Indian National Congress and when the both reached a compromise. Years later, in 1998, Mukherjee, being the senior-most member of the CWC, presided over a meeting that would resolve in ousting Congress President Sitaram Kesri and incorporating Rajiv Gandhi's wife Sonia, as the party president. 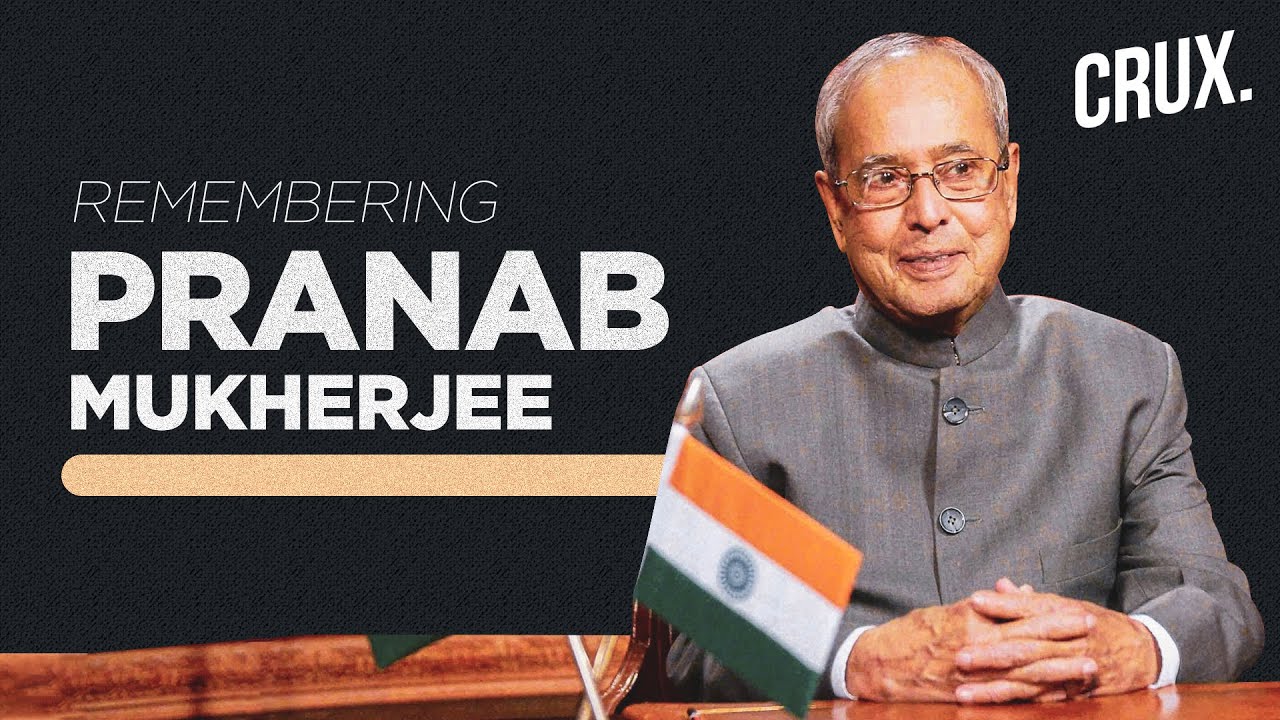 In his illustrious career, Mukherjee has held many roles and portfolios -- from the ministry of defence to that of external affairs, as well as, Deputy Chairman of the Planning Commission and union minister of Commerce -- to name a few. However, the one job profile for which he is often remembered is his role as the finance minister in 1982-84. In fact, in 1984, Mukherjee was dubbed as one of the best finance ministers of the world by a survey conducted by Euro Money journal. His biggest accomplishment during this tenure was repaying the International Monetary Fund's (IMF) loans. He also focussed on the health of rural and regional banking and was instrumental in setting up National Bank for Agriculture and Rural Development (NABARD).

His second stint as the Finance minister during 2009-2012, however, did not go well. After the high growth phase during the UPA-I, the Indian economy was already lagging, with an average GDP of 8 percent, when Mukherjee was in-charge. During this time, he introduced the retrospective tax policy for which Mukherjee was heavily criticised. The policy not only irked industrialists and growth lobbyists, but also the high command of his own party. His relationship with the RBI was also not good during this phase. However, a few of his proposals like tax exemption for women and elderlies, and not for the corporates, made him win popularity.

His last political stint came, of course, as the President of India, which was also marked as a personal loss, since his wife died during his tenure as the President. In his book ‘The Coalition Years’, Mukherjee wrote, "I had spent almost 17 years at 13 Talkatora Road, the longest I had ever stayed in government accommodation in Delhi. I had changed ministerial bungalows in 1973, 1974, 1980, 1985, 1995, and 1996. In 2004, Sonia Gandhi insisted that I shift my residence to a house near 10 Janpath. However, my wife strongly resisted this idea. She had said, ‘I am tired of changing residences according to the change in your political fortunes. Now, I will only shift when you become either the prime minister or the president.’ And so, she had to move house one more time when I became the President of India. It is my lasting regret that she didn’t stay with me till my last day at the Rashtrapati Bhavan."

Always a teacher at heart

While politics ran in Mukherjee's veins, he was forever a teacher at heart. Mukherjee started out his career as a teacher of political science. In an old interview, the politician had said that the classes he taught were quite big, with almost 100 kids together, so talking from a platform and engaging so many people was a challenge. It was this challenge that honed his oratory skill and came handy during his political career.

During an interaction with school children, the ex-President had also revealed, "I left teaching when I joined the parliament because I felt that I couldn't do justice to my students. But I felt bad, I still miss it and even today when I give my speeches in the parliament, I act as if I am trying to teach a class, trying to convince my students, even though the members of parliament are seasoned politicians."