Gangster Vikas Dubey, who was wanted for killing eight policemen, has been arrested from MP's Ujjain.

Gangster Vikas Dubey, who was wanted for killing eight policemen, has been arrested from Madhya Pradesh's Ujjain, sources in the UP police have confirmed after nearly a week-long game of hide-and-seek.

Dubey, who was on the run since last Thursday when he and his men ambushed a police party and killed 8 cops, was arrested from near the Mahakal temple. His closest aide Amar Dubey was killed in an encounter with cops on Wednesday.

The same day, CCTV footage from a hotel in Faridabad showed a masked man suspected to be Dubey. However, he fled the premises before the police could nab him. 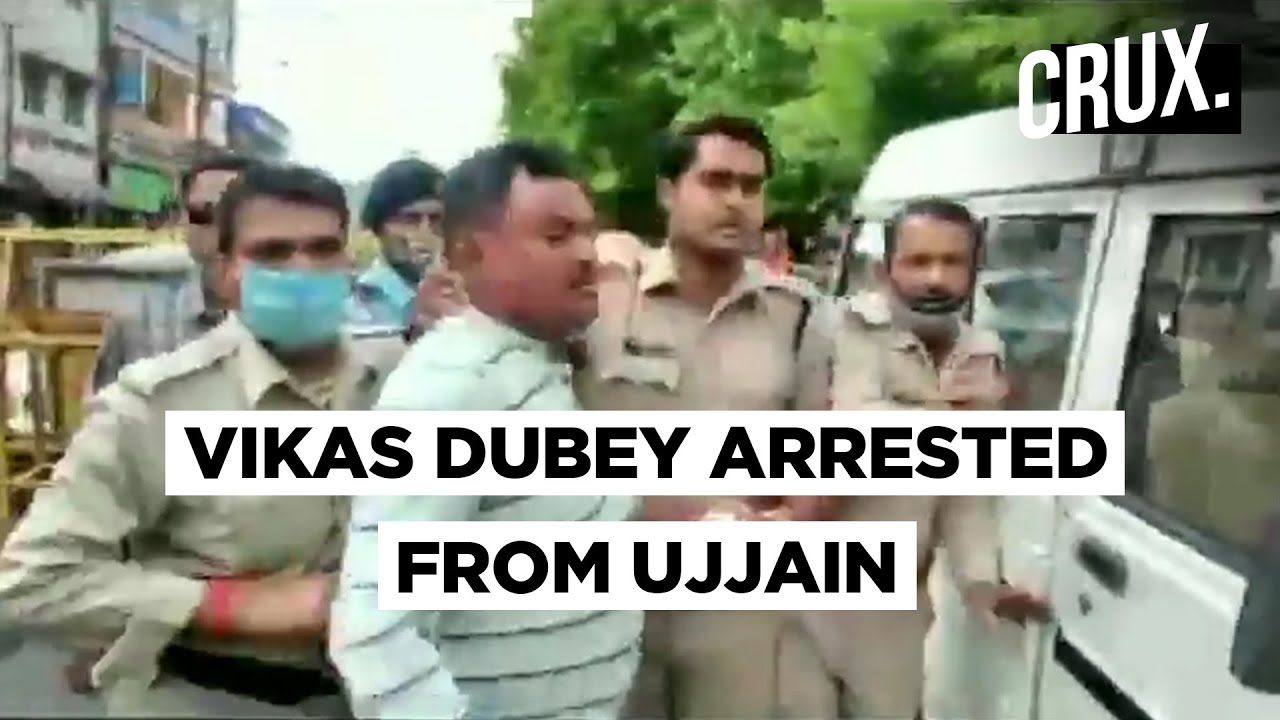 On Thursday, two more of his associated were killed in encounters with the police in UP. While one of the criminals was identified as Ranbir and shot dead in Etawah, the other was Dubey’s associate Prabhat Mishra who was taken in custody by the cops from Faridabad on Wednesday.

According to the police, Ranbir had a bounty of Rs 50,000 on his head and was named in the FIR lodged against Vikas Dubey and others for the killing of eight policemen. He was shot by the police in an encounter when he was reportedly trying to flee and exchange of fire took place between the criminals and the police party in Etawah. Police said pistol, a double-barrel gun and several cartridges were recovered from the car in which Ranbir was travelling.

The Bahraich police had launched a massive manhunt in Indo-Nepal border areas and is intensively checking vehicles in the region amid intelligence inputs that Vikas Dubey may escape to the neighbouring country.

Bahraich Superintendent of Police Vipin Mishra had said there were inputs that Vikas Dubey may flee to Nepal. Accordingly, an intensive manhunt has been launched in the Indo-Nepal border area in coordination with Sashastra Seema Bal (SSB) personnel and in jungle areas on the border with Forest Department officials, he said.