Home » News » India » 'Got Into Prostitution, Did Everything to Buy Chitta': The Story of 'Udta Punjab' That Longs to Settle
3-MIN READ

'Got Into Prostitution, Did Everything to Buy Chitta': The Story of 'Udta Punjab' That Longs to Settle

Photo for representation only. (Reuters)

A case of a 32-year-old mother of two, letting out her house to drug addicts, has come to light. The woman, who had hit hard times after her husband’s demise three years ago, used to rent her house on hourly basis to make her ends meet.

Chandigarh: After a video of a mother wailing for her 22-year-old son who died due to drug overdose in Kotkapura went viral, three more deaths have been reported in the state within a span of two days.

In the first incident, two youths were found dead at their homes in Amritsar’s Chheharta. Police officers said that they died due to overdose of 'chitta' (synthetically produced drug that includes heroin and LSD) on Saturday.

In a similar incident, the body of a youth, foaming at the mouth, was found near Amritsar’s Verka rail line on Sunday. Earlier also many cases of death due to drug overdose have been reported in the area.

Ironically, Amritsar happens to be the same city in which the controversial Bollywood film Udta Punjab was shot that highlighted Punjab’s drug menace.

The third incident took place in Ludhiana where 25-year-old Ravi Verma died due to substance abuse.

Verma’s family claimed that they had seen their daughter-in-law “injecting drugs into our son”.

“My son got married in 2013 but we got to know quite late that our daughter-in-law is a professional dancer in a Bhangra group. When we started objecting her dance, she began giving injections to my son so that she could attend her shows. We noticed it only recently but have no idea since when was she doing it. When we resisted, she left the house with her four-year-old son,” the deceased’s father Kimti Lal Verma said, adding that their daughter-in-law destroyed their family. The aggrieved family of 25-year-old Ludhiana youth, who died due to drug overdose (News18)

Investigating officer Gurmit Singh said that on the basis of the complaint, police has registered a case against their daughter-in-law.

Meanwhile, a case of a 32-year-old mother of two, letting out her house to drug addicts, has come to light. 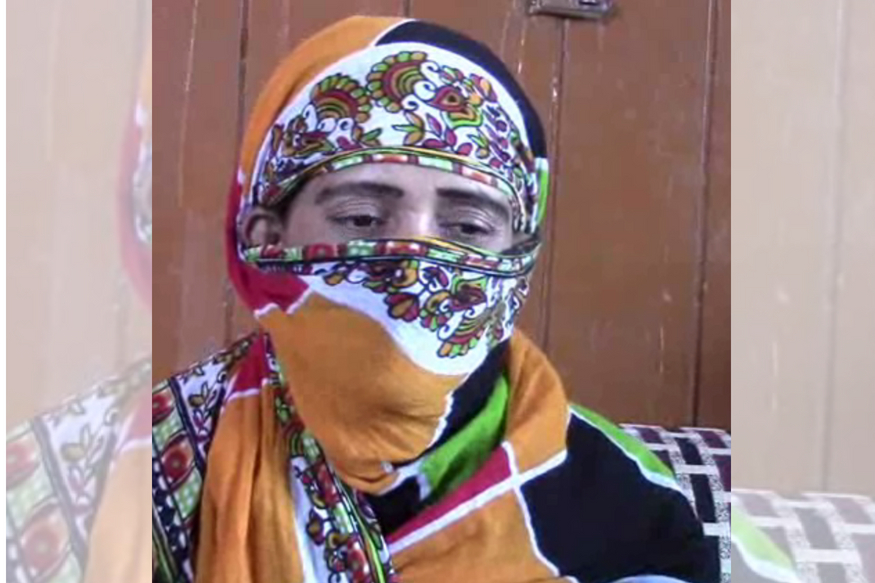 The woman, who had hit hard times after her husband’s demise three years ago, used to rent her house on hourly basis to make her ends meet.

Initially, she was forced to sell her parlour and when nothing was left, she made her house a haven to consume drugs in exchange of money.

“When I mentioned it to these boys who used to consume drugs, they introduced me to ‘chitta’. The day I consumed it, I had the most relaxed sleep. With a dose of chitta I would forget all my sorrows, which is why I starting begging chitta from them,” said the woman.

To earn money for bringing up her children and later to buy the intoxicant, she not just sold every material of her house but also got into prostitution.

According to her, some of the boys who used to consume drugs at her house have died due to chitta. She further claimed that even some police officers would come to her place to abuse drugs.

When Citizen Seva Society got to know about her condition, she was admitted to civil hospital, from where the woman was referred to Faridkot hospital. Later, she was sent to Baba Gareeb Das Ashram, she where is undergoing treatment. Her children have been sent to Bal Ashram.

Social activist Manjit Kaur Nangal said, “When I went to meet her, the condition of her house was bad and she was quite helpless.”

A Mukhtar resident, who lost her husband, son and the entire family to drug abuse, shared her trauma.

“From my husband to my son, brother-in-law to brother and sister-in-law’s husband to nephew; I have lost six male members of our family to drugs. No mother should lose her son, husband or any family member the way I did because when you lose a bread earner, your life becomes terrible," said an aggrieved Gurpreet Kaur.

The shattered mother said that Punjab government should save “their sons”.

“We don’t want anything else from the government except the lives and safety of our sons. Punjab government should at least save our sons,” said Kaur.

Kaur further said that if the youth of Punjab does not want to work, they shouldn’t take drugs either.

An infuriated Binda Singh, grandson of Gurmeet Kaur said, “Despite having seven acres of land once, we have lost everything and have nothing today. Government promised to eradicate drugs in four weeks. Leave aside four weeks, if it wants it can eradicate drugs in 40 minutes. From an SHO to DSP, everyone working in police department are aware about the open distribution of drugs in Muktsar.”