Hathras Rape Case Highlights: A Valmiki community organisation has moved the Allahabad High Court claiming that the Hathras administration is keeping the family members of the alleged gang-rape victim confined to their house and not allowing them to move freely and meet people. The petitioner organisation, Akhil Bharatiya Valmiki Mahapanchayat, claimed in its petition that it has approached the court on behalf of the victim's family members. The petition also names the victim's father, mother and her brothers as plaintiff. The lawsuit alleged that the victim's family members were illegally confined in their house by the district administration and were not allowed to meet anyone. The petition also specifically alleged the violation of the Dalit family's Fundamental Rights of freedom of movement and the freedom of speech and expression by the Hathras district administration. Akhil Bharatiya Valmiki Mahapanchayat national general secretary Surender Kumar averred that he was approached by the family members of the victim over the telephone and he had filed the petition on behalf of them.

The Hathras case has assumed political significance with the Congress demanding a judicial probe into the allegations of rape and the murder of the 19-year-old Dalit woman. The Congress on Wednesday demanded an inquiry by a sitting judge of the Supreme Court or high court into the incident and said the BJP government should not try to fool the people by offering a probe by the CBI which is "under its control". Congress spokesperson Abhishek Singhvi said the BJP government in Uttar Pradesh should stop blaming everyone in the world but itself for the incident. Congress leader Rahul Gandhi also released a video of his meeting with the family of the woman in their village home. The over five-minute video shows Gandhi extending his support to the family and assuring them that no one can suppress their voice. He also told them that they should not leave the village, saying no one can exert pressure on them to leave and he will stand by them if anyone does. "Watch the Hathras victim's family facing exploitation and oppression at the hands of the UP government. The truth of the injustice done to them should be seen by every Indian," Gandhi said along with the video put out on Twitter. 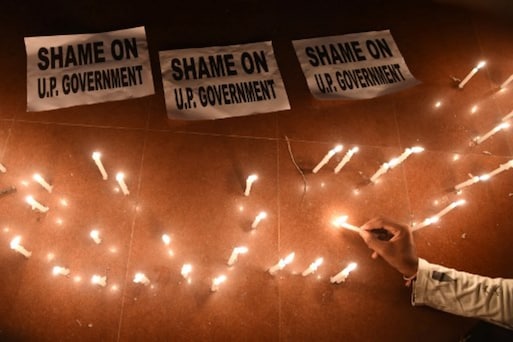 The petitioner Surendra Kumar said that the victim's family requested him to file an application on their behalf and seek the court's intervention. 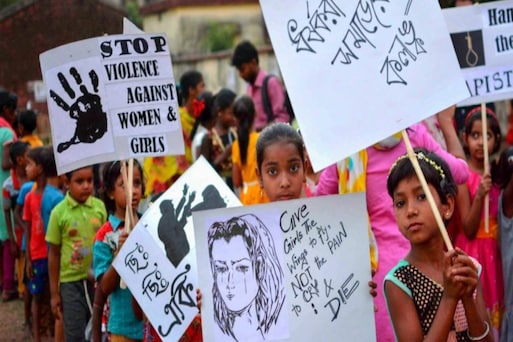 The UP police had previously said that call records reveal that the woman's brother had been in touch with Sandeep, and 104 calls were made between the brother and Sandeep from October last year to…

Hathras Victim Deserves Justice Not Slander: Priyanka Gandhi Vadra | "Creating a narrative that defames a woman’s character and holding her somehow responsible for crimes committed against her is revolting and regressive. A heinous crime has been committed at Hathras, leaving a 20-year-old Dalit woman dead. Her body has been burned without the participation or consent of her family, she deserves justice not slander," said Priyanka Gandhi Vadra. 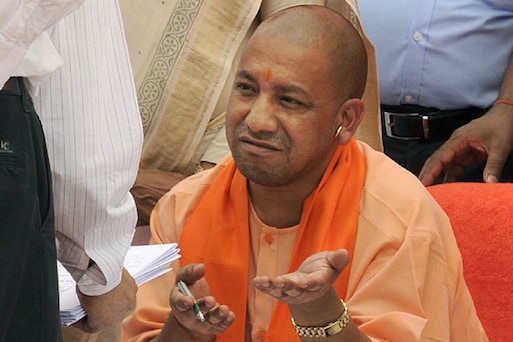 Meanwhile, the All India Mahila Congress Committee president and former MP, Sushmita Dev, slammed the UP government over the affidavit filed in the Supreme Court related to the Hathras gangrape case,…

NCW Summons BJP Leader Ranjeet Srivastava for Offensive Remarks Against Hathras Victim | The NCW summoned BJP leader Ranjeet Srivastava for reportedly making offensive remarks against a 19-year-old Dalit woman who died after allegedly being raped by four men in Uttar Pradesh's Hathras district. The National Commission for Women said it has sent a notice to Srivastava, asking him to appear before it on October 26 at 11 am to give an explanation.

Valmiki Community Body Moves HC on Behalf of Hathras' Gang-rape' Victims' Kin | A Valmiki community organisation has moved the Allahabad High Court claiming that the Hathras administration is keeping the family members of the alleged gang-rape victim confined to their house and not allowing them to move freely and meet people. The petitioner organisation, Akhil Bharatiya Valmiki Mahapanchayat, claimed in its petition that it has approached the court on behalf of the victim's family members.

A woman has allegedly been raped by two persons during a birthday party at a hotel in the Barra area. Deepak Bhukar, SP South Kanpur Nagar, says, "An FIR will be registered based on the woman's complaint & the accused will be arrested." 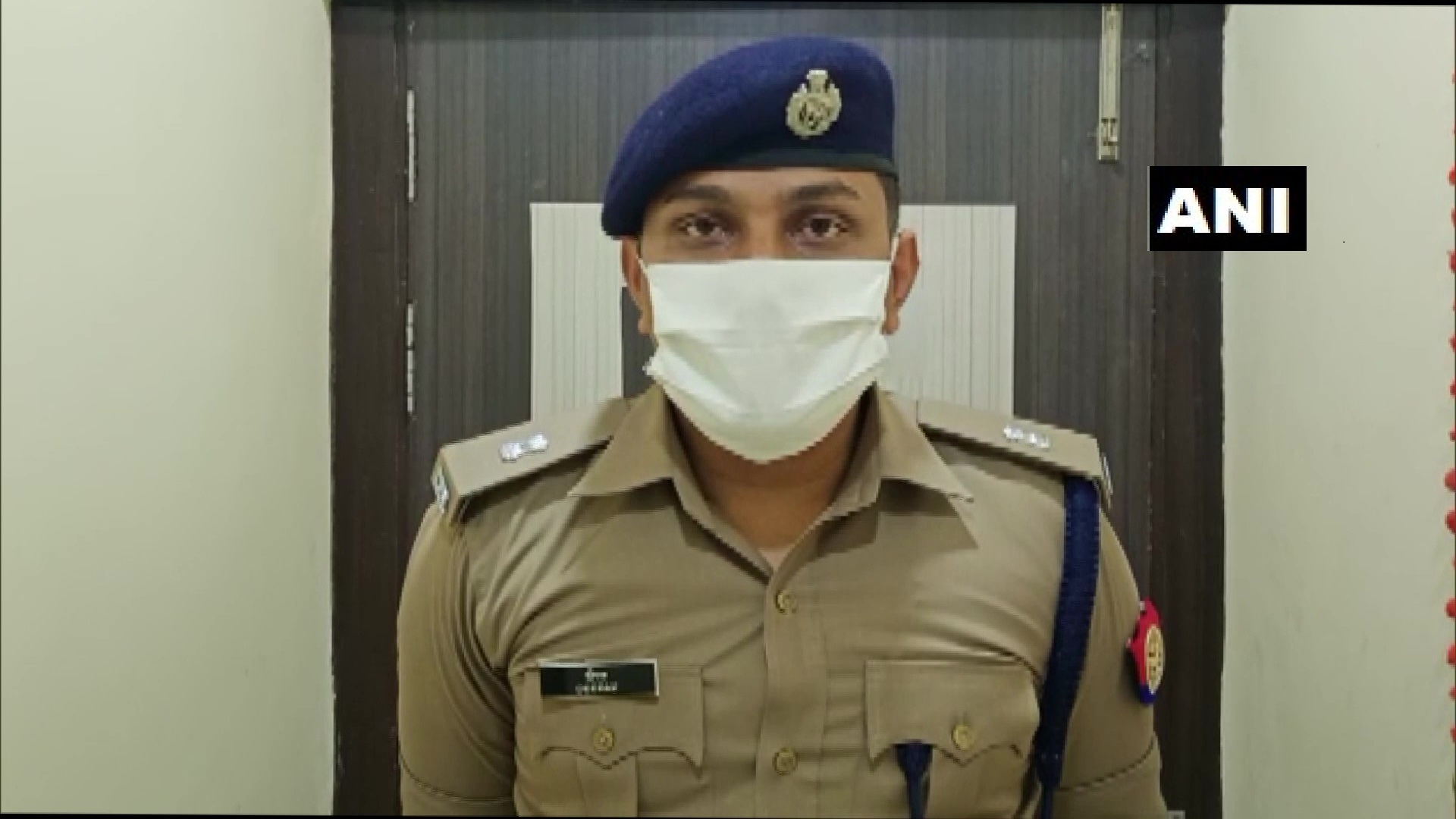 READ | 'Every Indian Should Know About the Injustice Done to Hathras Family': Rahul Gandhi Posts Video of Meet 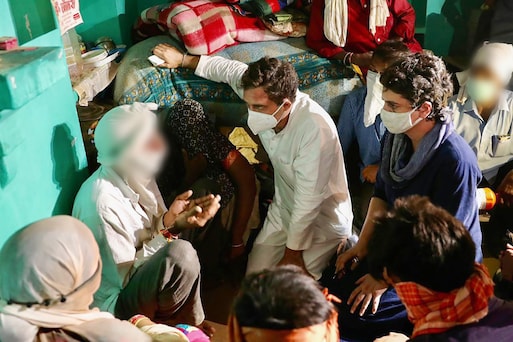 Rahul Gandhi and Congress General Secretary Priyanka Gandhi Vadra, along with three other party leaders, on Saturday visited the family of the 19-year-old Hathras girl who died after being allegedly…

Congress Demands Probe by Sitting SC/HC Judge Into Hathras Incident | The Congress demanded an inquiry by a sitting judge of the Supreme Court or high court into the alleged gang-rape and death of a Dalit woman in Hathras in Uttar Pradesh, and said the BJP government should not try to fool the people by offering a probe by the CBI which is "under its control".

Congress leader Priyanka Gandhi Vadra was pushed and manhandled on Saturday while she came to the rescue of a party worker, who was being lathi charged by Uttar Pradesh police at the Delhi-Noida Direct (DND) Flyway when Priyanka, Rahul Gandhi and several Congress workers were trying to go to Hathras to meet the family of the victim.

In Lucknow, Congress spokesperson Supriya Shrinate alleged the Uttar Pradesh government's affidavit in the Supreme Court over the Hathras case was a "white lie". Snhinate, along with other senior women leaders of the Congress, addressed the media and said the state government should not cover up the issue and present facts before the public. "The Uttar Pradesh government, in the affidavit filed before the Supreme Court, has said that the cremation of the alleged gangrape victim was done with the consent of her family although everybody knows that the woman's family was not present there," she said. "This is nothing but a white lie spoken before the apex court," Shrinate added.

She also rejected the Yogi Adityanath government's claims that there is a conspiracy to spread caste violence in the state. Some tweets and Facebook posts of people having not more than 900 or 14,000 followers have also been cited in the affidavit, Shrinate said, suggesting that these numbers are not significant. "Now the question is can a person having 900 followers instigate caste violence," she asked. On Chief Minister Yogi Adityanath's remark that his government's image is being tarnished, the Congress spokesperson said the UP dispensation is only worried about its image and not concerned about getting justice for the victim's family.

Asked about the BJP's claim of the Congress involvement in the Hathras incident, she said, "Levelling false charges against the Congress is its old habit. If the BJP does not drag Rahul Gandhi's name, how will it do politics?" Former MP and Congress Working Committee (CWC) member Rajni Patil who was also present sought his resignation of Chief Minister for failing to ensure women's security in the State. All India Mahila Congress Committee president and former MP Sushmita Dev said in Hindu religion, the dead are not cremated at night, but the daughter of Hathras was cremated at 2.30 in the night. The whole of the country has seen how the body was cremated. The victim in her statement revealed that she was raped, Dev said. Singhvi said at a virtual press conference that the Uttar Pradesh government should stop shedding crocodile tears by offering a CBI probe as all Indians know how the probe agency is under its control.

"What is this great game, charade, crocodile tears you are playing by offering a CBI inquiry? Please don't take this country, the people of this great country to be eating grass. Everybody knows and understands and common sense teaches us that for such cases, the political colour of the UP government and the central government completely washes out, washes upon and suffuses agencies like the CBI, the ED and several other such agencies. "It is all too convenient, all too escapists, all too clever and too clever by half, to offer this whole thing to the CBI," he told reporters. Daring the UP government to order a judicial probe, Singhvi said, "If you have the guts and the courage of conviction, I challenge you to ask for an inquiry, comprehensive within one month, two months, three months by a sitting High Court judge and or a sitting Supreme Court judge. Don't do this charade of the CBI inquiry." The Congress leader also asked the UP government to stop blaming everyone in the world but itself, saying "each time you point your index finger, there are three fingers pointing at you which you cannot and must not ignore".

Singhvi alleged that BJP's Uttar Pradesh government and the central government can best be described by five words -- "autocratic, dictatorial, authoritarian, totalitarian and tyrannical". "I cannot find sufficiently strong words but these are at least partially appropriate to describe the weird, unheard of, kafka-like...actions of the governments in the state and at the Centre after the Hathras incident," he alleged.

He said the reasons cited by the UP government in alleging a conspiracy behind it and in defaming it through the incident were not just bizarre but also comic. The chief minister believes all these are happening because he had taken a strong stand against the anti-citizenship law protests, Singhvi said, adding "how grotesque can this be".