Hathras Rape Case LIVE Updates: Bhim Army chief Chandrashekhar Azad was stopped by the UP Police today when he was on his way to UP's Hathras to meet the family of the 19-year-old Dalit woman who died at a hospital in Delhi on Tuesday after alleged gang rape and torture last month. Videos and photos showed the Bhim Army chief marching with others towards Hathras to meet the victim's family. On Friday, the Bhim Army chief joined a protest at Delhi's Jantar Mantar where hundreds of people came with placards and shouted slogans against the incident. "Our struggle will continue till Uttar Pradesh Chief Minister [Yogi Adityanath] doesn't resign and justice is not served. I urge the Supreme Court to take note of the incident," he said at Jantar Mantar.

Earlier, Congress general secretary Priyanka Gandhi Vadra continued her attack on the Uttar Pradesh government today, asking why the SIT was still probing the Hathras rape when the family had demanded a judicial inquiry and the government had “made noise” about a CBI investigation. She also questioned who was saving the DM when the family had alleged that his behaviour with them was the worst. Priyanka Gandhi Vadra’s attack came a day after she met the woman’s family saying "The Congress is with you in this hour of crisis."

Raut Likens Hathras Incident to Crimes against Hindu Girls in Pak | Shiv Sena MP Sanjay Raut likened the Hathras incident in Uttar Pradesh, wherein a 19-year-old woman was allegedly gang-raped and killed, to atrocities being committed against Hindu girls in Pakistan. In a write-up in the party mouthpiece Saamana', Raut also took a veiled jibe at actress Kangana Ranaut over her Mumbai-Pakistan occupied Kashmir (PoK) remark wondering why nobody has called Hathras a Pakistan yet.

Rahul Gandhi hits out at BJP MLA's comment that rape can be prevented by 'sanskaar':

This is the filthy RSS male chauvinist mentality at work.

Men do the raping but women need to be taught good values.https://t.co/IfkRJw2IYD

SP Delegation Meets Family of Hathras Woman | "This forcible stoppage is a murder of democracy.... Samajwadi(s) will stand with the aggrieved family in their fight for justice," the party tweeted in Hindi. SP president Akhilesh Yadav had on Saturday set up an 11-member fact-finding team headed by the party's state unit chief Naresh Uttam Patel to visit the woman's village on Sunday and meet her family members.

CITU Affiliated Trade Unions Protest in Srinagar | Trade union organisations affiliated with the Centre of Indian Trade Unions (CITU) held a protest demonstration here against the alleged gang-rape and murder of a 19-year-old Dalit woman in Hathras district of Uttar Pradesh. Carrying placards and banners, the protesters held the demonstration at Press Enclave in Srinagar and raised slogans against the perpetrators of the heinous crime, a CITU spokesperson said.

Bhim Army Chief Demands Y Security for Victim's Family | Bhim Army Chief Chandrashekhar Azad meets family of the alleged gangrape victim in Hathras. He says,"I demand 'Y security' for the family or I'll take them to my house. They are not safe here. We want an inquiry to be done under the supervision of a retired Supreme Court judge"

"We will monitor whatever points the family has raised very closely. Their main issue is that no perpetrator should go free and there should be strict proceedings against them," says ACS Home Awanish K Awasthi, after meeting the family members of the alleged gang-rape victim in Balrampur.

Cong Leader Held for Announcing Reward on Accused | A Congress leader from Bulandshahr, Nizam Malik, who announced a reward of Rs 1 crore for anyone who brings the head of the accused in the Hathras incident, has been arrested and a case registered against him. Malik was injured in the police lathi-charge at DND flyover when Congress MP Rahul Gandhi and Priyanka Gandhi Vadra were briefly detained while they were on their way to meet the family of the Hathras victim.

Accused Not as Guilty as Shown: Ex-BJP Legislator | Former BJP legislator Rajveer Pahalwan called a mahapanchayat of upper caste members at his residence in Hathras. During the meeting, he said that the accused who have been arrested in the case are not that guilty as being portrayed, the Hindustan Times reported.

Raj Cong to Hold Silent Protest | The Rajasthan Congress Committee will hold a two-hour silent protest tomorrow against the alleged gangrape and murder of a 19-year-old Dalit woman in Uttar Pradesh's Hathras. The Congress party will hold a 'maun satyagraha' at district headquarters level from 10 am to 12 am on Monday in protest against the incident of Hathras, Uttar Pradesh, PCC president Govind Singh Dotasra said. The party will hold the protest to seek justice for the victim's family.

SP, RLD Teams Misbehaved With Women Cops: SDM | A delegation of not more than five people are allowed inside the village. Delegations of Samajwadi Party (SP) and Rashtriya Lok Dal (RLD) came in, we got five names listed and allowed them to go there. Eventually their workers started misbehaving with women personnel. They broke the barricadding and pelted stones. One of our COs has been injured. To disperse the crowd we had to use minor force. Situation is under control: Hathras Sadar SDM Prem Prakash Meena. Want DM Suspended: Victim's Brother | We want an investigation to be held under a retired Supreme Court judge. We want the Hathras District Magistrate to be suspended: Brother of the victim in the alleged gangrape case.

UP government is trying to hide what happened in Hathras. The funeral by Police and attack on journalists is strongly condemnable. Moreover, the political leaders who are going there are also being attacked: Dravida Munnetra Kazhagam (DMK) MP Kanimozhi Karunanidhi. 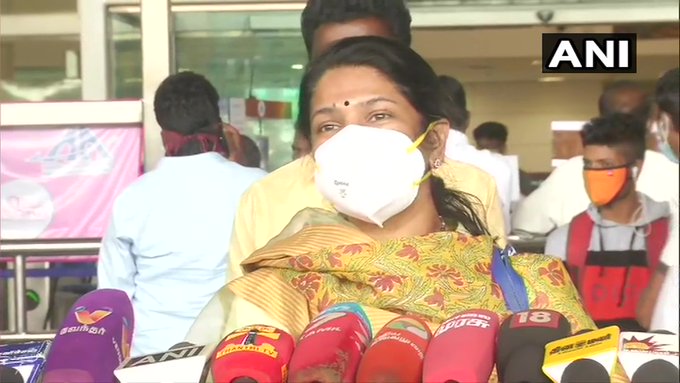 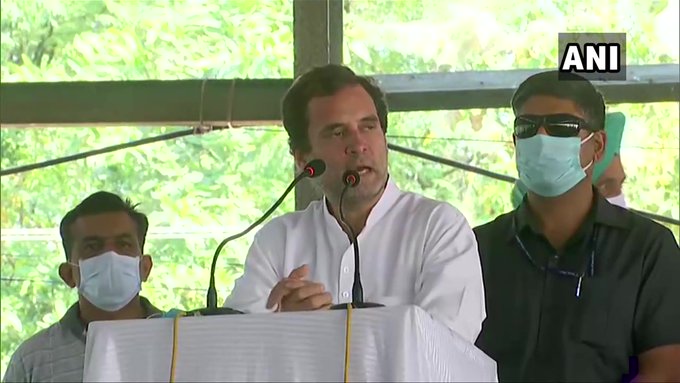 DMK to Take Out Candle Light March | The DMK Women's Wing led by its chief Kanimozhi will take out a candle light march towards the Raj Bhavan tomorrow seeking justice for the 19-year-old Hathras woman who died after being assaulted and allegedly gang-raped in UP. DMK President M K Stalin alleged that the safety of minorities, woman and the members of SC/ST community in Uttar Pradesh was "generally a question mark."

Azad Stopped by Cops | Bhim Army chief Chandrashekhar Azad starts marching towards Hathras on foot after being stopped by the Police on his way to meet the victim's family. (Image: News18) Uttar Pradesh ACS (Home) Avinash Awasthi and ADG (Law and Order) Prashant Kumar to reach rape victim's home in Balrampur and meet the family members of the victim. Four accused have been arrested in the Balrampur gang-rape case and are being questioned in police custody. The ACS Home and ADG Law and Order will address a press conference shortly after meeting the family members of the victim. 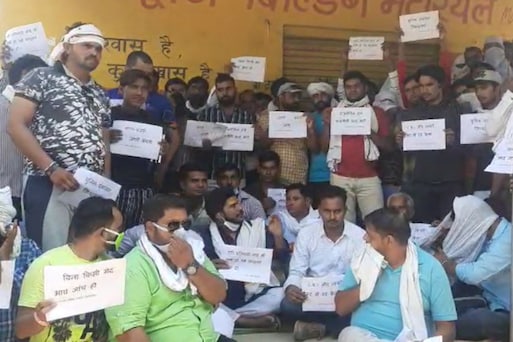 The dominant caste group is agitating outside the village of the victim in Hathras calling for an unbiased proble into the matter by SIT formed by the state government.

Medical Team at Victim's House | A medical team arrives at the residence of the victim of Hathras incident, on the request of Special Invesigation Team (SIT) following a deterioration in the health of her father. 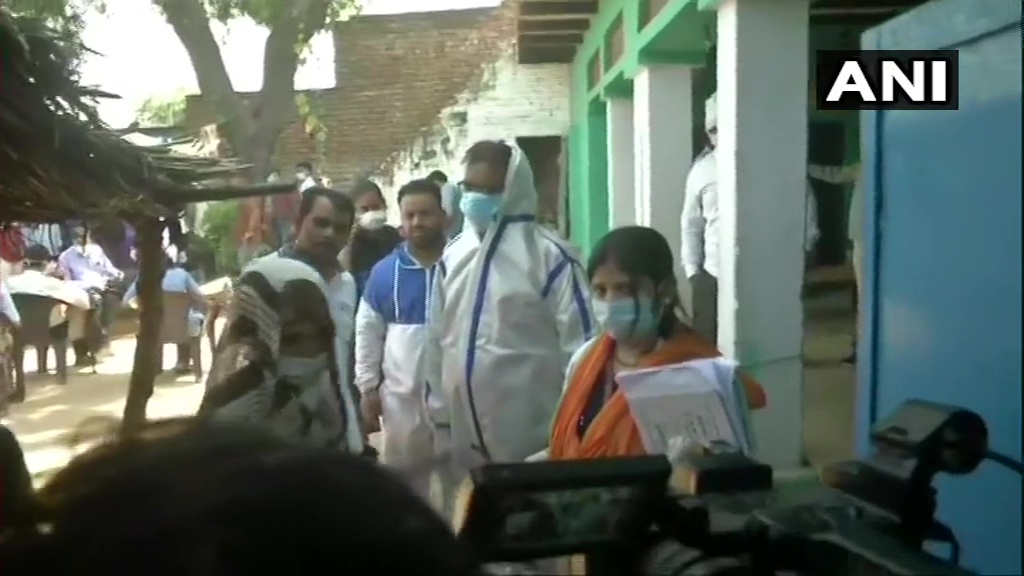 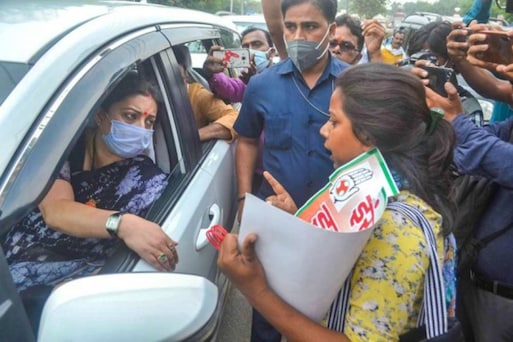 Union Minister Smriti Irani’s car was stopped by Congress workers protesting over the Hathras gang-rape case in Varanasi. The protestors demanded her resignation over the increasing sexual assault… 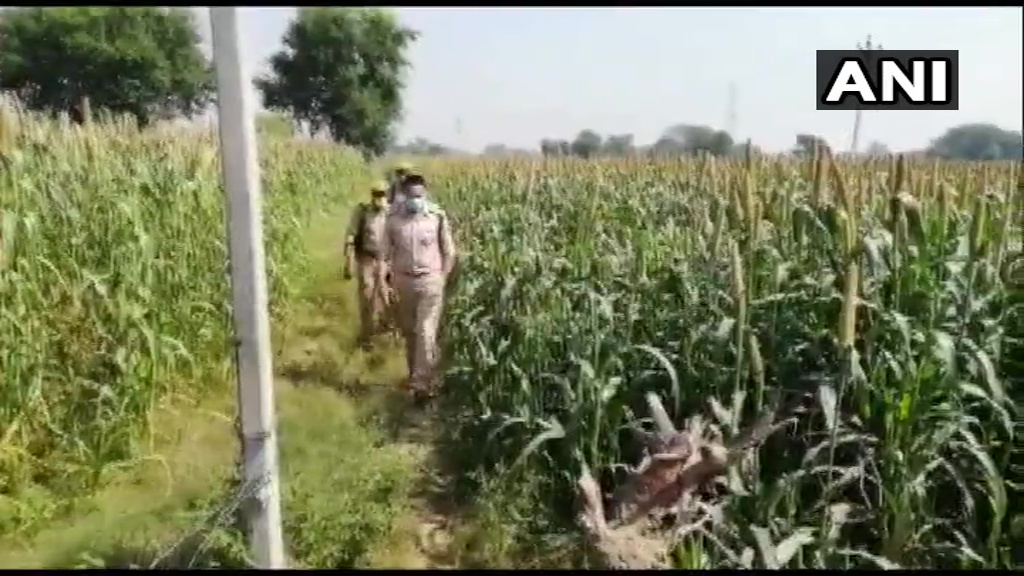 Many women from the All India People's Women's Committee reached the village in Hathras today to get justice for the victim's family. Women from the committee said that they are with the family. (Image: News18) Demonstration held outside the village in favour of the accused in Hathras case demanding justice for the accused. Many innocent among the four accused and the whole affair is mere politics, say protestors. (Image: News18) 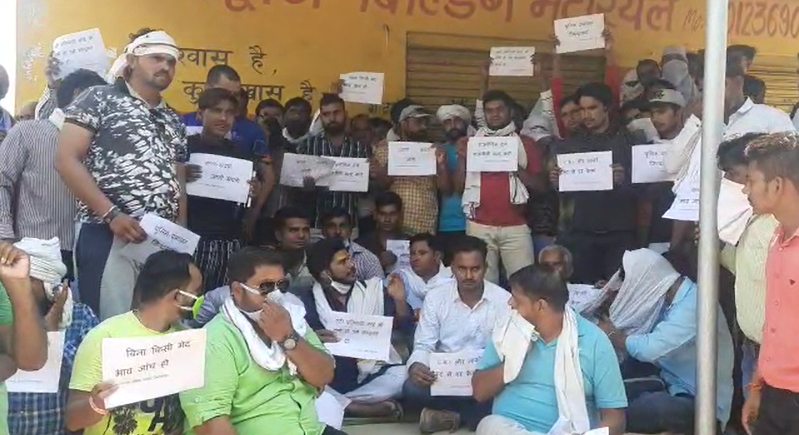 Maha BJP VP Demands Action Against UP Police | How did the male cops have the courage to put their hands on the clothes of a female leader! If the police are coming forward in support, they should also take care of their dignity. Uttar Pradesh Chief Minister Yogi Adityanath, who believes in Indian culture, please take strict action on such policemen: Vice President of BJP Maharashtra, Chitra Kishor Wagh, on UP police's action against Congress general secretary Priyanka Gandhi.

Why is SIT Investigating Family?: Priyanka Gandhi | According to Hathras' suffering family, the worst treatment was that of DM. Who is protecting them? He should be dismissed without delay and his role in the whole case should be investigated. The family is demanding a judicial inquiry then why the SIT investigation is going on after the CBI investigation. If the UP government awakens from sleep, it should listen to the family: Congress general secretary Priyanka Gandhi Vadra.

Left, Cong to Protest in Bengal | The Left and Congress will be organising state-wide protests on October 6 against the alleged gang rape of a Dalit woman in Uttar Pradesh's Hathras, besides incidents of rape and murder in West Bengal. A mega rally will be organised in Kolkata, while similar programmes will also be held in the other districts, according to a statement issued by Left Front Chairman Biman Bose and Leader of Opposition Abdul Mannan of the Congress.

Despite Section 144 CrPC, upper caste group meeting underway in Hathras as they demand FIR to be registered against the victim's family.

Amid the controversy over the alleged rape and murder of a 19-year-old woman in UP’s Hathras, Bhim army activists demanded gun licenses and subsidised guns for the unprivileged sections. Bhim Army chief Chandrashekhar Azad reportedly said that the constitution provides its citizens with the right to live including the right to defend themselves. 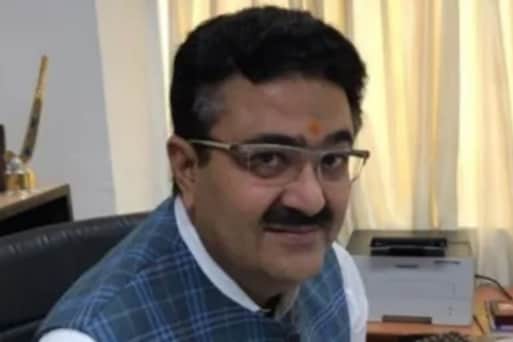 Sehgal’s appointment as Additional Chief Secretary, Information, replacing Avneesh Awasthi, is proof of CM Yogi’s newfound faith in the officer who has been tried and tested by his predecessors.

Even as the Gandhis met the family yesterday, Chief Minister Yogi Adityanath announced that the probe in the "entire incident" has been handed over to the Central Bureau of Investigation (CBI). UP authorities had scuttled an earlier attempt by the two leaders to travel to Hathras, detaining them and several party workers in Greater Noida outside Delhi on Thursday.

On Saturday, the Congress staged another demonstration at the Delhi-Noida border where party workers scuffled with the police and were allegedly lathi-charged. When a delegation of Congress MPs and other leaders reached the barricades, the Noida police said they will allow only five party representatives to meet the family at their village in Hathras, about 150 km away.

The 19-year-old woman was allegedly gang-raped on September 14 in an assault by four upper caste men that left her critically injured. She died at a Delhi hospital last Tuesday.