Throughout the day, people and vehicles waded through waterlogged roads to reach their destinations and traffic moved at snail's pace in many places. Seven cars were damaged after the boundary wall of a school in Saket in south Delhi collapsed.

Submerged underpasses, waist-deep water on roads, fallen trees and electricity poles gave the residents of Delhi and its satellite cities of Gurgaon and Noida a rough time on Wednesday as heavy rains started pounding the national capital and its adjoining areas since early morning.

Throughout the day, people and vehicles waded through waterlogged roads to reach their destinations and traffic moved at snail's pace in many places. Seven cars were damaged after the boundary wall of a school in Saket in south Delhi collapsed apparently due to the heavy rain, police said.

The IMD had issued an orange alert for Delhi-NCR for the day. At many places cars were submerged under water. The situation was particularly bad in Gurgaon where rains flooded the roads, giving the semblance of small rivers. 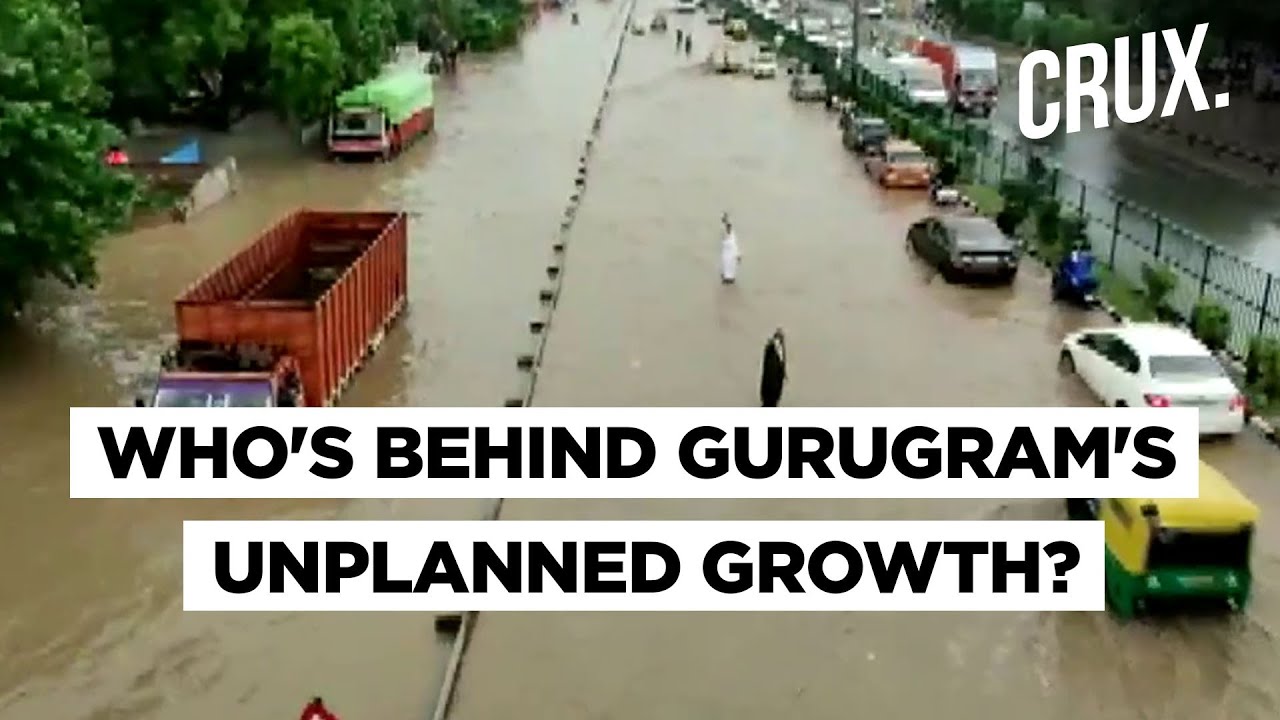 The most striking was the inundation of the underpasses on the posh Golf Course Road where water filled the carriageways on both sides of the road stretch — touted to be aesthetically among the best in the country. In a video posted on social media, residents of a gated locality at Sohna Road could be seen using an inflatable boat to traverse a flooded passage.

Power cuts during the rain in some areas amplified the problems of residents of the Millennium City, particularly those working from home, and home delivery services were also impacted.

"There was a power issue in my locality in Sector 15 of the city. Working from home was not feasible because the laptop's battery was draining. I left for a friend's house on my motorcycle but the water-logged roads were a real threat," said IT professional Vaibhav Yadav, 28.

On the road, vehicles moved bumper to bumper during the morning rush hours, as the downpour led to heavy waterlogging on key road stretches.

Similar was the situation in Noida. Many road stretches and residential areas were submerged in water. Residents also complained of water entering basements of high-rise buildings. Many people took to social media to share pictures and videos of the rain fury, with ankle to knee-deep water at certain places. Some residents also alleged mismanagement of the problem by government agencies.

Water-logging also impacted commercial sectors of 62 and 63, 10, 12, 32 as well as several villages in Noida, while large swathes of low-lying open grounds were inundated. Meanwhile, the flooding in Gurgaon invited criticism from the opposition.

Senior Congress leader and former Haryana Minister Randeep Singh Surjewala took to Twitter to take a dig at the ML Khattar-led BJP led government in the state. "The Millennium City Gurgaon, Oops 'Gurugram' in Khattar Rule! And we are naïve enough to think that 'name change' is panacea for all ills in BJP Rule!!!," tweeted Surjewala.