File photo of security personnel inspecting the area after a low intensity blast outside the Israeli Embassy, in New Delhi. (PTI)

Officials are conjecturing that there is a strong possibility of this grade of explosive being available with trained groups like Al Qaida.

After the minor IED blast that took place near the Israel Embassy in Delhi, the explosives which were stated to cause the blast were tested twice at night.

Sources said that according to the test results, PETN (pentaerythritol tetranitrate), a high-grade military explosive, was found in the device.

Officials are conjecturing that there is a strong possibility of this grade of explosive being available with trained groups like Al-Qaeda. One ISIS group and Jaish-ul-Hind have claimed responsibility but agencies are not convinced of their involvement. 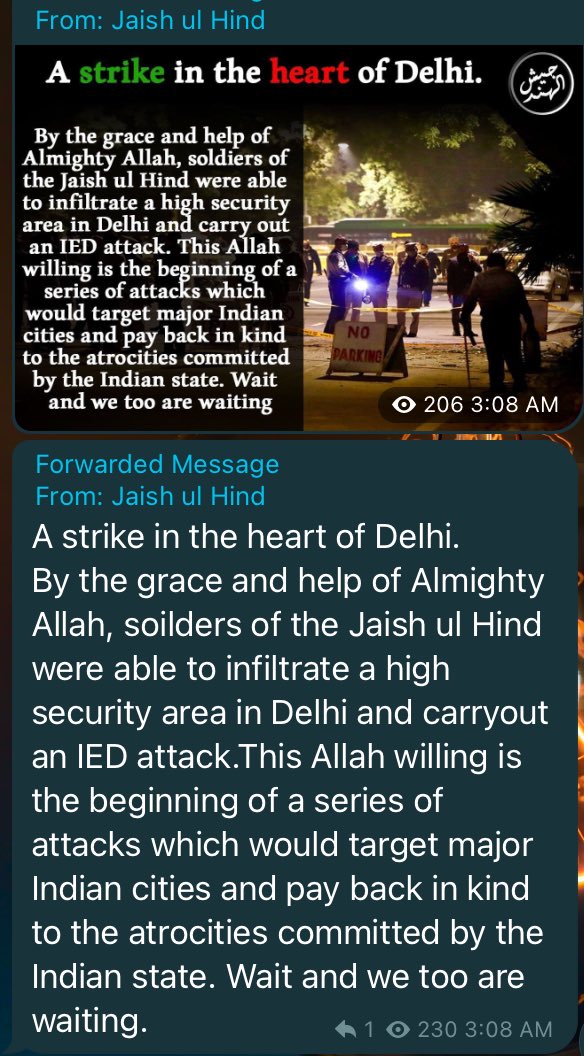 Last night a flight to Iran was delayed and all of the passengers were searched and profiled but nothing was found on them.

A low-intensity explosion took place near the Israel Embassy in the heart of Lutyens’ Delhi on Friday evening, but no injuries were reported. The Delhi Police said the blast took place near the pavement in the high-security zone and that the windscreens of three cars nearby were damaged.

An Improvised Explosive Device (IED), placed inside a flower pot on the road divider, is suspected to be the cause of the blast. It appears that it was thrown from a moving vehicle, said police sources.

“A very low-intensity improvised device went off… No injury to any person was reported and nor was there any damage to the property except the glass panes of three vehicles parked nearby,” Delhi Police Additional PRO Anil Mittal said. Initial impressions suggest a mischievous attempt to create a sensation, added the police.

“Investigators have recovered an envelope from the spot, the text written on it is related to Israel Embassy officials. Investigators are looking into whether it is linked to the incident or not,” they added.

Delhi Chief Minister Arvind Kejriwal in a tweet expressed concern at the news. “Agencies are determining the nature and cause of the blast. Thankfully, no loss of life reported yet. Any attempt to disturb the peace of Delhi should be firmly dealt with,” he said.