It is also worth noting that of the 79 women candidates contesting elections, 8 emerged victorious, all of them belonging to AAP.

The Aam Aadmi Party (AAP), which won 62 of 70 seats in the recent Delhi Assembly elections, has often been accused of being a party of freebies and handouts. One of the key demographics which notable swung in favour of the party, was in fact, Delhi’s women.

Firstly, an additional 2 lakh women turned out to vote in this election, revealed the Election commission data. Secondly, a poll-eve survey by Lokniti-CSDS showed that 60 per cent of the women voters were likely to have voted for AAP as compared to 49 per cent men, a 7 percentage point increase from the previous election. It is also worth noting that of the 79 women candidates contesting elections, 8 emerged victorious, all of them belonging to AAP. 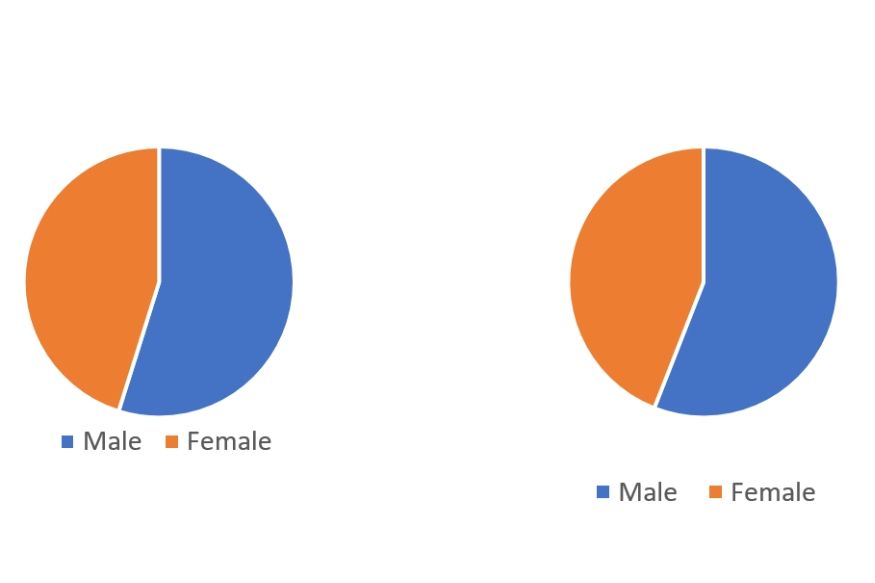 The priority accorded to the female electorate can be gauged firstly, by looking at the Delhi government’s gender budget over the last five years, 2014-15 to 2018-19. Delhi is one of the few states which has begun implementing the Central government guidelines on gender budgeting issued in 2012-13 and releases a separate gender budgeting statement.

Most notably, it can be observed that Delhi’s gender budget has remained significantly higher than that of the Central government over the past five years, for instance, standing at 8.6% of the total budget in 2018-19, vis-à-vis 5.1% for the Central government. Further analysis of the GBS shows that maximum allocation goes towards education, health and transport for women. As per the recent National Crime Records Bureau (NCRB) report, Delhi reported 1,168 cases of rape in 2017, increasing from 706 cases in 2012, and remained ahead of all other metropolitans in crimes against women. However, Delhi government’s efforts in making public transport cheaper and safer for women seemed to have touched a chord with the voters.

The AAP government introduced a scheme in October 2019 where women are provided ‘pink tickets’ to avail free travel in Delhi Transport Corporation (DTC) and cluster buses. This scheme is expected to cost just about INR 290 crores, or 0.5% of the state government’s annual budget (2018-19). A sample survey by DTC and Delhi Integrated Multi-Modal Transit System Ltd. (DIMTS) reported the proportion of female commuters increased from 31% in October 2019 to 42% in November 2019, just a month after the implementation of the scheme.

The government has also procured 428 new cluster buses equipped with panic buttons, CCTV cameras and GPS devices for women’s safety, of which 108 have already been flagged off. The government also promised to increase the number of bus marshals from 3,400 in October 2019 to 13,000 in the coming year. While 1.3 lakh CCTV cameras have been installed around the city, another 1.7 lakh are promised. To make public spaces safer for women, the government has begun the installation of LED street lights to light up the ‘dark spots’.

Children’s education is the foremost concern for parents, particularly mothers, who often manage their family’s expenditures and make hard choices. Firstly, it was noted that the Delhi government consistently increased the budgetary allocation towards education, from ~18% in 2013-14, to 26% in 2019-20.

However, more importantly, the education reforms undertaken by the AAP government were not only centred around quantitative increases – such as adding 20,000 new classrooms or building 31 new schools, but granting free education till class 8th, making curriculum and motivation related changes, and involving parents in school operations.

More importantly, female student-centric schemes, such as providing free transport facilities to girls in rural areas, introducing menstrual hygiene education, and advancing women’s access to technical education is likely to have positively influenced female voters, both in the younger and older age-groups. The Census SRS Survey 2017 found that Delhi was among the only five states where female infants experienced lower mortality rates than male infants. Delhi’s infant mortality rate dipped from 24 in 2013, to 16 in 2017. The three-tier network of mohalla clinics, polyclinics and hospitals has been instrumental in widening the access to healthcare to the poor and vulnerable.

Schemes for providing free medicines, tests, check-ups and surgeries were introduced through the network. Four years after being launched, mohalla clinics have had a total of 1.6 crore patient visits, of which 80% are women, children and the elderly. Moreover, the State government is implementing and providing supplementary funds for the Central government’s Integrated Child Development Services (ICDS) scheme, targeted at improving the nutritional status of women and children.

It is also to be noted that AAP won 6 seats by a margin of less than 5,000 votes. Given such close margins, support from female voters easily tipped the scales in the party's favour. This was, therefore, an election where women truly found an independent voice and made it heard through their vote.

Mitali Nikore is a feminist economist who advises several public and private sector entities including the Asian Development Bank, World Bank, and UN Women, focusing on infrastructure development and gender issues. Vidhi Narang and Manvika Gupta have contributed to this piece.
Tags