Home » News » India » How LK Advani, MM Joshi & the Others Were Let Off in the Babri Masjid Demolition Case
2-MIN READ

How LK Advani, MM Joshi & the Others Were Let Off in the Babri Masjid Demolition Case

Special judge SK Yadav exonerated the leaders of all the charges, citing severe lacuna in the prosecution’s case and its inability to prove evidence in accordance with the law.

There is no evidence that namaz used to be offered at the disputed Babri site when it was brought down in 1992, held the special CBI court on Wednesday as it acquitted BJP stalwarts, including LK Advani, MM Joshi and Uma Bharti, of the charges relating to defiling a place of worship and outraging religious feelings.

Special judge SK Yadav exonerated the leaders of all the charges, citing severe lacuna in the prosecution’s case and its inability to prove evidence in accordance with the law.

About instigating the crowd and making provocative speeches, the court noted that there are no specific speeches or appeals produced on record to corroborate as to which statements can make out an offence under the Indian Penal Code.

It added that the voice samples of these leaders along with their contentious speeches were also not submitted in the court as evidence to establish they hurt religious sentiments or sought to incite violence on religious grounds. 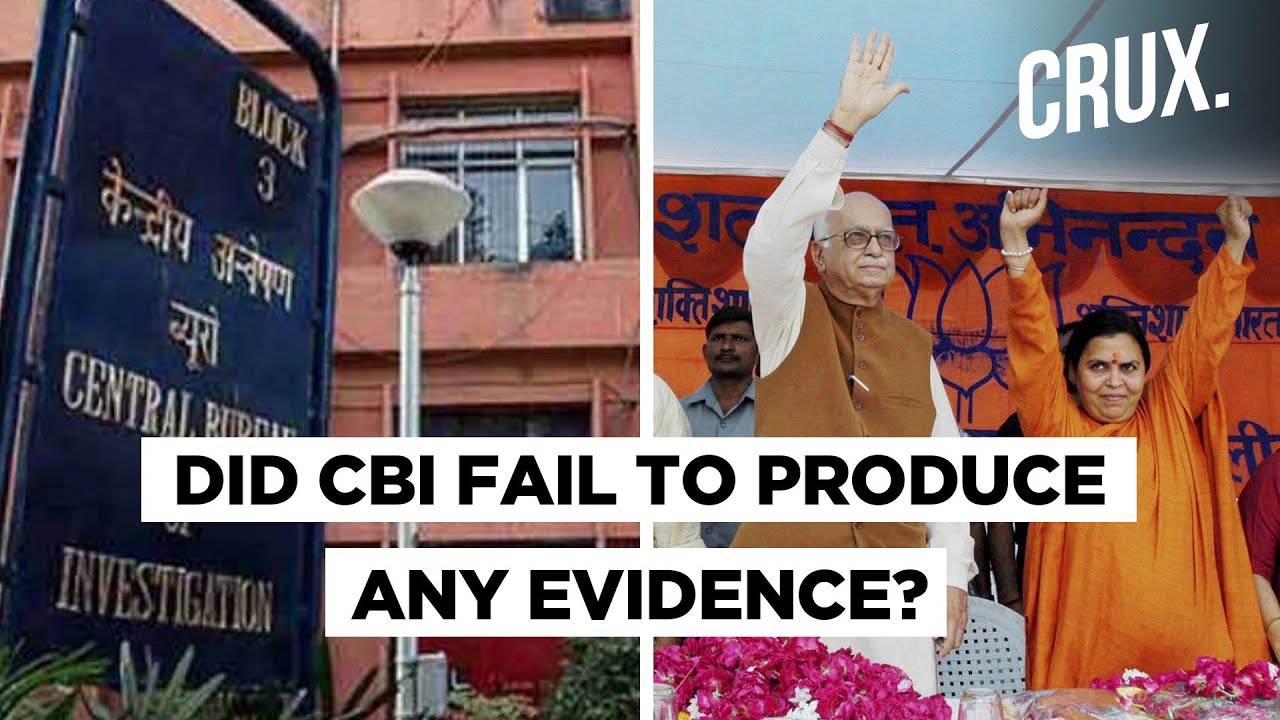 The CBI did produce the transcripts of appeals such as ‘ek dhakka aur do’ and ‘mandir wahi banayenge’ but the court noted their veracity cannot be proved without matching these recordings with the voice samples of the accused.

The video tapes, containing speeches and appeals, were also found deficient in law as judge Yadav noted that not only these tapes were admittedly edited ones but were also not sent to forensic laboratories for a due verification. Some of these video tapes even contained footage which had nothing to do with the incident on December 6, 1992.

The audio tapes of these speeches and statements, adduced in the court, were also not sealed and most of them were unverified copies, noted the judge while declining to rely on such evidence. Similarly, the court refused to lend credence to certain photographs on the ground that the prosecution did not produce the photographers or the negatives of these photos to ascertain the authenticity.

Since it was not an unlawful assembly at the beginning and that kar seva was being carried out after permission of the Supreme Court, the judgment maintained, mere presence of these leaders cannot make them culpable.

“LK Advani even expressed his regrets after the demolition of the disputed structure and no other accused criticised him over this,” read the judgment, adding no person would ordinarily act against an order of the Supreme Court.

The court further held that even the CBI’s prosecutor had accepted that there is no evidence that all these 32 accused sat in the same room and hatched a conspiracy to pull down the disputed structure.

Citing the newspaper and magazine clipping and statements given by some of the accused therein, judge Yadav pointed out that they can only be corroborative pieces of evidence if the CBI had anything concrete to show.

About the witnesses in the court, the judge noted that not even one witness has clearly said that he or she saw any of the accused involved in razing the disputed structure and that most of the crucial eye witnesses had contradictions in their own statements as given to the agency.

It added that when the credibility of the witnesses is itself in question, then CBI cannot persuade the bench to decide on the basis of probability that all the accused were part of a conspiracy.