From soon after independence, Indian diplomats had become concerned over the slow, westward drift of borders in Chinese map — a process that had begun long before the communist revolution.

From the black gravel pass—Karakoram, in the Turkic dialects of the traders who traversed the Himal—Frank Ludlow descended into the Chip-Chap, the silent river, headed to Daulat Beg Oldi, the place where a rich noble had died. From there, the route led to an open plain, Depang, and then Haji Langar, where a pilgrims to Mecca were fed. Following that was the camp-ground at Burtsé, named for a medicinal shrub. There was one last obstacle before the Galwan river, which climbed through the mountains into the Aksai Chin plateau: Murgo, the gate to hell.

Ludlow’s map, he wrote in his memoirs of his 1928 expedition, showed the location of a safe campite: “a pile of stones and mud had been erected against the face of a cliff to form a shelter from the wind. I looked inside this shelter and found it contained three skulls and other gruesome human remains”.

A hundred years on, almost, those names mark the frontlines the of still-unfolding confrontation between China and India on the world’s roof. In both countries’ nationalist discourse, each centimetre of this savage mountain terrain is seen as sacred ground—sanctified, as it were, by the blood shed in the 1962 war.

There’s another story to be told, though, about how this conflict came about, and why: a story about how boundaries, and myths, were etched on to map of lands which had none, as the two great Asian nation-states born in the last century struggled to imagine—and will into being—their borders.

“A team of horses cannot overtake a word that has left the mouth”, observes the novel Journey to the West, counted as one of the four keystones of classical Chinese literature. Nine centuries after the monk Xuanzang journeyed to India and Central Asia to collect the great sutras of Buddhist cannon, his incredible, seventeen year journey became the foundation of the novel, attributed to Wu Cheng’en. In 1762, a map compiled on the orders of the great Emperor Qianlong was appended to the book, to illustrate the magnificent scale of Xuanzang’s journeys.

The map showed Hindustan lay somewhere south of the Kuen Lun range. The word had been given life: This map would, centuries later, come to form the foundation of India’s claims to Aksai Chin.

From soon after independence, Indian diplomats had become concerned over the slow, westward drift of borders in Chinese map — a process that had begun long before the communist revolution. Beginning in the 1920s, the Ministry of External Affairs noted in a 1960 document “Chinese map have departed from the traditional boundary, and included large areas of Indian territory”. 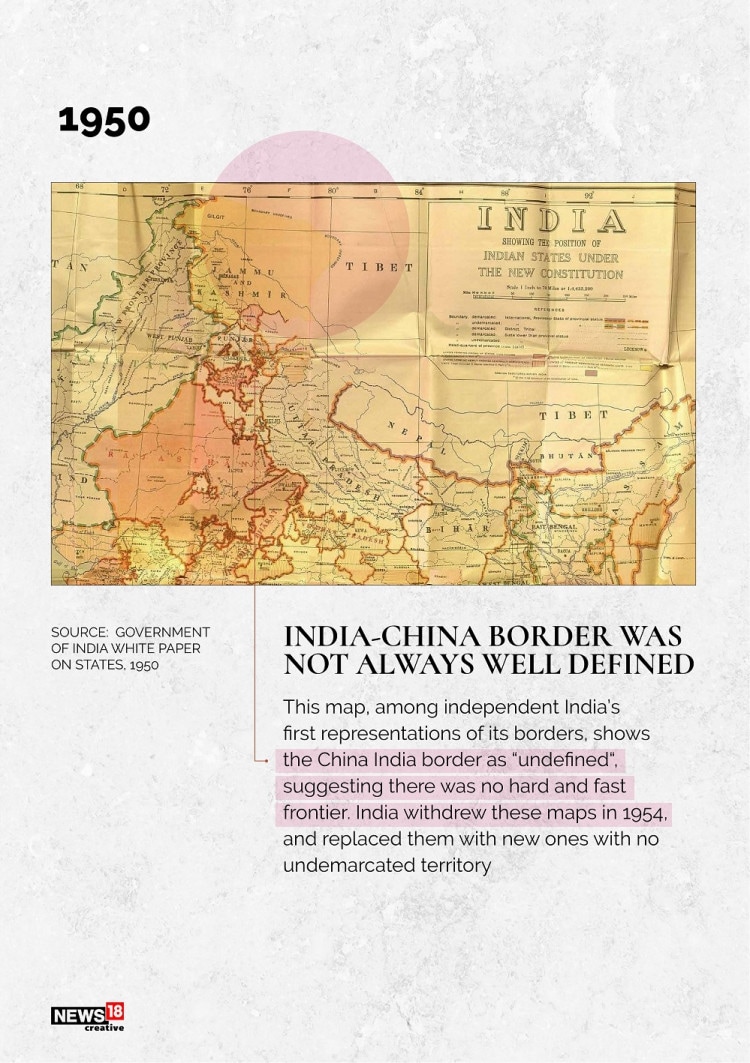 The idea of a traditional boundary, though, wasn’t as uncomplicated as it seems. From the 1850s on imperial British map had begun to mark the borders of their colony with Tibet, sometimes expanding east and north, as explorers penetrated ever-deeper into the Himalaya. Indian site like Sarat Chandra Das, Ghulam Muhammad Galwan and Mohan Lal Kashmiri played a key role in this endeavour, posing as mendicants and traders to gather intelligence for the empire.

Few of these regions generated any worthwhile revenue, though. Empire had little interest in asserting territorial control of these lands, leaving their policing to local vassals of regional rulers. For the most part, trade and access to pastures were established by convention, not law, and were—at best—loosely enforced.

Bérénice Guyot-Réchard’s path-breaking scholarshi on state-formation in the Himalayas teaches us, moreover, that the populations caught up in these cartographic processes often had no sense of being subjects of either the British or Qing empires—nor involvement in the nationalist projects that would replace them.

The process of imperial map-making, though, was to have real-world consequences. In 1914, British administrator Henry MacMahon negotiated the borders between India’s north-east and Tibet in Shimla. The border he arrived at—long rejected by China, which argued it had been enforced under duress— drew on the cartographical work of Christian missionaries operating in Tibet in the 1870s.&nbs;

Kuomintang map made in the 1930s and 1940s—so worrying to Indian diplomats—were efforts to push back against this imperial cartography, with Chinese nationalist fictions of their own.

Put another way, map-making wasn’t just a reflection of politics or geography: in some key ways, it had begun to shape reality.

Late in 1950, the People’s Liberation Army’s Eighteenth Army marched into Lhasa: a savage crime, in the eyes of some, against small, independent mountain kingdom; a restoration, to others, of land that had been rightfully ruled by China from 1720 to 1911, and lost by a civilisation enfeebled through Western colonial onslaught. New Delhi, it isn’t widely known, did consider its options: The Foreign Secretary, Director of the Intelligence Bureau and Army chief met amidst calls for Indian military assistance to Tibet.&nbs;

“The consensus that emerged from that meeting”, India’s war history records,, “was that India was in no position whatsoever at that time to intervene militarily”.

Even as New Delhi went along with China’s claims on Beijing, China began survey-work for a road through Aksai Chin in 1951, and announced its completion six years. The road through the uninhabited plateau was of critical strategic importance to Beijing, allowing to maintain logistics for its garrisons in Tibet through Xinjiang. “The Indian government”, India’s official history of the war of 1962 admits, “did not come to know of the building of this road as Indian forward posts in this inhositable and uninhabited region were far behind the map-marked boundary”. Put another way, India believed Aksai Chin to be its own—but had never staked its claim.

In the summer of 1958, Deputy Superintendent of Police Karam Singh and Lieutenant Ram ‘Tiny’ Iyengar headed out into the Aksai Chin, to determine just where the highway ran. Lieutenant Iyengar’s patrol was detected, and detained, but Karam Singh’s reconnaissance established the road ran from Haji Langar in the north to Amtogar in the south, cutting some 160 kilometres through Aksai Chin.

Even before these events, there were signs that Beijing wasn’t content with the borders as India understood them. Inside weeks of Prime Minister Chou En-lai’s 1954 visit to India—where he made no suggestion China contested India’s understanding of the border—Beijing protested the presence of the Indian Army on the Barahoti Pass in Uttar Pradesh.

From 1955 on, there were a succession of military intrusions: at Barahoti, the Hipki La in Himachal Pradesh, Kaurik and Hipang Khud. In each case, China insisted the PLA was on its own territory. Khurnak Fort, in Ladakh, was occupied—and used as a base to supply outposts in Sanggur and Digra. 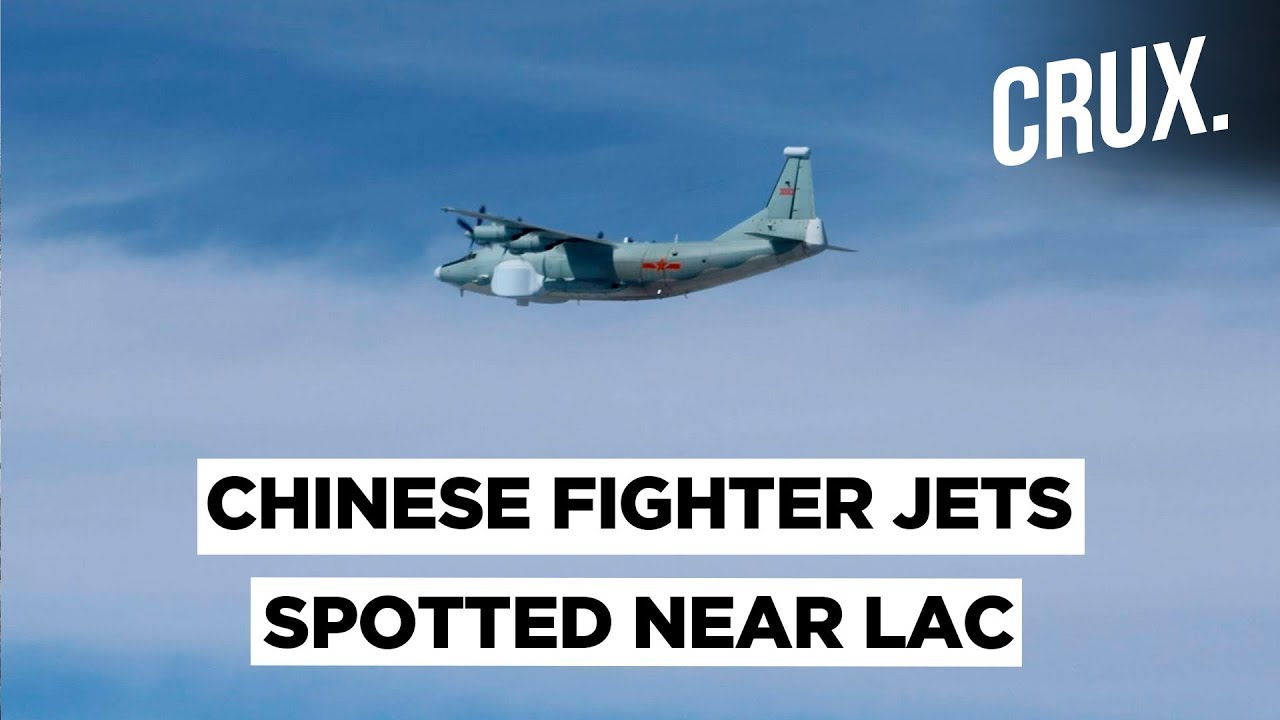 Then, in 1958, came the map that made those claims explicit: China Pictorial, an official map, asserted claims over the whole of what was then India’s North-East Frontier Agency, with the exception of Tirap, as well as parts of Ladakh, Uttar Pradesh and Himachal Pradesh. Chou En-Lai responded to Indian protests by repeating that the map were based on old Kuomintang cartography—but added that China hadn’t surveyed its boundaries, nor consulted with other countries on the issue.

Chou En Lai was to offer a joint survey to delineate the border—but Prime Minister Nehru shot down the proposal outright. “There can be no question about these large parts of India being anything but India”, he wrote on December 14, 1958. “I do not know what kind of surveys can affect these well-known and fixed boundaries”.

The next year, Chou En-Lai offered another deal, proposing both sides withdraw 20 kilometres behind the MacMahon Line in the eastern sector, and a similar distance from their actual ground positions in Ladakh. Feeling this arrangement would cede China control of areas in Ladakh it had occupied, Prime Minister Nehru again rejected the offer.