Home» News» India» How Vaccines are Stored from Factories to Frontlines: Explained in 7 Graphics
1-MIN READ

How Vaccines are Stored from Factories to Frontlines: Explained in 7 Graphics

The safe delivery of vaccines for mass immunisation is a massive challenge and India will need to significantly ramp up its cold chain facilities.

India could grant a license to some developers of Covid-19 vaccines in the next few weeks, health secretary Rajesh Bhushan said on Tuesday. Six vaccines, including Astra Zeneca's Covidshield and Bharat Biotech's Covaxin, are in trial stages, he said at a press conference.

The safe delivery of vaccines for mass immunisation is a massive challenge and India will need to significantly ramp up its cold chain facilities. With most frontrunner vaccine candidates likely to require ‘extra cold’ storage, the private sector could also be roped in for effective delivery of a preventive when it is available.

Here’s a look at how vaccine are stored at every step of the distribution cycle from factories to the frontlines: 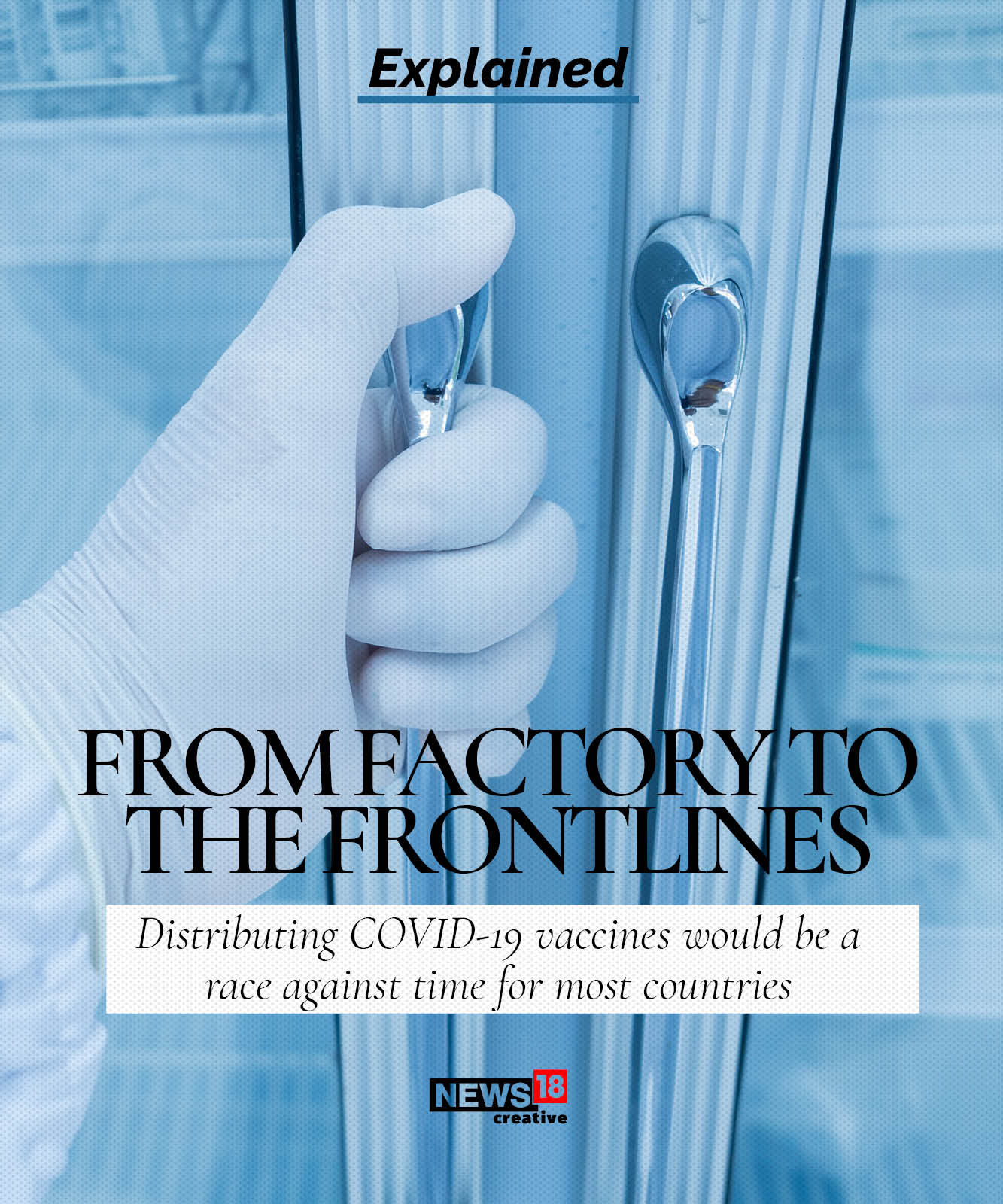 Britain became the first Western country to start a mass coronavirus vaccine campaign with a pensioner receiving the initial jab on Tuesday. The UK's rollout of the Pfizer-BioNTech jab -- the first country to start using the approved inoculations -- is one of several vaccines bringing hope for an end to the pandemic that has killed more than 1.5 million people worldwide and ravaged economies since first emerging in China late last year.

Britain's start to its vaccinations came as around the world the virus picture darkens, with more countries reimposing curbs and around 30 million people in California placed under stay-at-home orders to fight a deepening US crisis.

While the World Health Organization has warned that successful vaccines on their own will not immediately end the crisis, nations around the world are seeking safe candidates to administer to populations growing increasingly weary of restrictions and economic pain they cause.