The sources said both the Army and IAF will maintain high alert level along the LAC even as China has begun pulling back troops from several areas as part of a mutual disengagement process.

In a demonstration of its aerial prowess, the Indian Air Force is carrying out night time combat air patrols over the mountainous eastern Ladakh region as part of its decision to maintain a high-level of readiness notwithstanding disengagement of troops by China from a number of friction points in the area, government sources said on Tuesday.

The frequency of day and night operations by frontline fighter jets is a signal that India will continue to put pressure on China until the status quo ante is restored in all the areas in eastern Ladakh, including Pangong Tso, Gogra and Hot Springs, they said.

"There is no question of lowering our guard at this juncture," said a senior official on condition of anonymity.

The sources said both the Army and the IAF will maintain their high alert level along the Line of Actual Control even as China has begun pulling back troops from several areas as part of a mutual disengagement process. 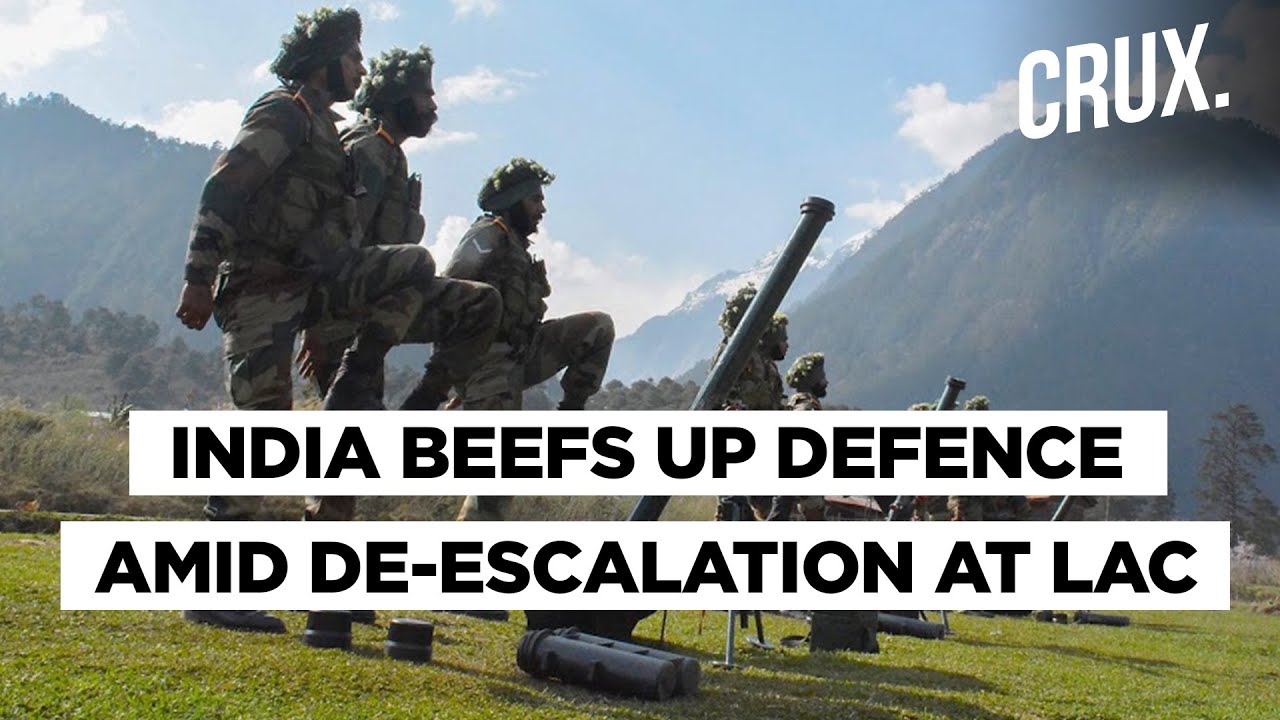 The disengagement process began on Monday morning after a nearly two-hour telephonic conversation between National Security Advisor Ajit Doval and Chinese Foreign Minister Wang Yi on Sunday during which they agreed on an expeditious withdrawal of troops from the area. Doval and Wang are Special Representatives for the boundary talks.

In the last few days, the IAF significantly enhanced deployment of its frontline jets, attack helicopters and transport fleet in all its key bases guarding the airspace along the LAC in view of heightened border tension with China.

The IAF has also pressed into service a fleet of C-17 Globemaster III transport aircraft as well as C-130J Super Hercules in transporting heavy military equipment and weaponry to several forward bases to further ramp up India's military preparedness in the region.

The IAF is also using its Ilyushin-76 fleet to transport troops to various areas along the LAC, the 3,500 km de-facto border between India and China, the sources said.

They said the force has already moved a sizeable number of its frontline Sukhoi 30 MKI, Jaguar, Mirage 2000 aircraft to several key air bases, including Leh and Srinagar.

It has also deployed Apache attack choppers and Chinook heavy-lift helicopters to transport troops to various forward locations. The frontline fighter jets have increased their sorties in Ladakh and nearby areas.

Last month, Air Chief Marshal RKS Bhadauria made a quiet visit to Ladakh and Srinagar air bases to review the Indian Air Force's preparedness to deal with any eventualities in the region.

The Indian and Chinese armies are locked in a bitter standoff in multiple locations in eastern Ladakh for the last seven weeks.

The tension escalated manifold after 20 Indian soldiers were killed in a violent clash in Galwan Valley on June 15. The Chinese side also suffered casualties but it is yet to give out the details.

India has been insisting on restoration of status quo ante in all areas of eastern Ladakh to restore peace and tranquillity in the region.

India and China have held several rounds of diplomatic and military talks in the last few weeks to ease tension in the region. However, there was no visible sign of end to the standoff though the two sides agreed to initiate disengagement of the forces from the region.

Following the Galwan Valley clashes, the Army has sent thousands of additional troops to forward locations along the border besides moving in heavy weapons.